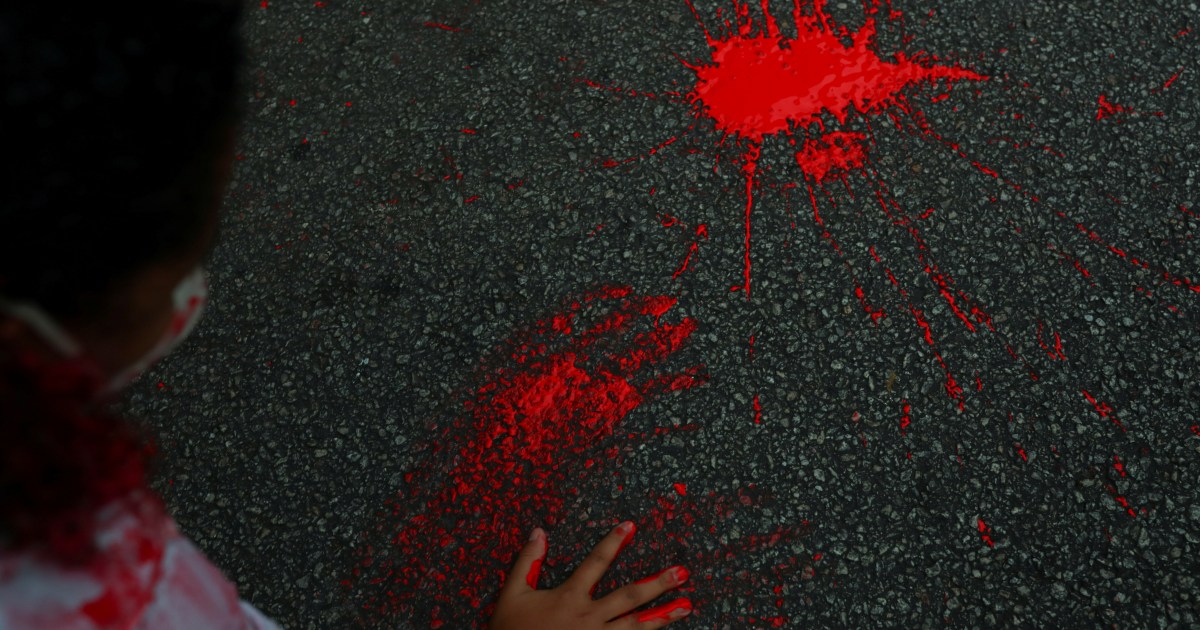 On May 6, residents of Rio de Janeiro’s Jacarezinho favela were awakened by gut-wrenching screams and sounds of gunshots. Once the mayhem subsided and they gathered enough courage to step outside their homes, they came face to face with dozens of bloodied corpses scattered in the favela’s narrow alleyways.

What they were witnessing was the aftermath of the most lethal police operation in the city to date.

In the early hours of the morning, some 200 heavily armed police officers stormed Jacarezinho with bulletproof helicopters and armoured vehicles in search of “suspects” from the “Red Command” – the criminal group that is currently “governing” the favela. A few hours later, 28 people, including a police officer, were dead.

Violent police operations, extrajudicial killings and other state-sanctioned human rights violations are hardly a rare occurrence in Rio’s favelas. According to research by the Fogo Cruzado Institute, at least one “massacre” – an action that results in the killing of at least three people – per week was registered in the metropolitan region of Rio de Janeiro since 2016. Three out of four of these mass killings reportedly took place during police operations.

Nevertheless, this month’s deadly raid in Jacarezinho should not have happened – according to the Brazilian Supreme Court.

In June 2020, Supreme Court Justice Edson Fachin ruled that, during the coronavirus pandemic, police should conduct operations in favelas only in “absolutely exceptional cases”.

The ruling had an immediate and substantial effect on the levels of violence in Rio’s numerous favelas. By September 2020, there was a 71 percent reduction in police killings compared with the same period in 2019. But the calm did not last long. In October, one month after the acting governor, Cláudio Castro, took office, the police once again started regularly conducting operations in Rio’s favelas. In the following months, the city saw an average of nearly one raid every day, according to a report by Geni, a research group at the Federal Fluminense University (UFF).

This escalation reached a new peak on May 6.

On that day, the police conducted an “operation” in Jacarezinho not only in blatant disregard of the Supreme Court’s ruling, but also with unprecedented aggression and violence. There were reports of several summary executions, and even a photograph showing the corpse of a person “posed” in a humiliating position – presumably by the officers who killed him. Homes were raided without warrants, and one person was killed inside a private residence, in front of an elderly relative.

Soon it emerged that a police officer was shot in the head and killed at the very beginning of the operation. This led many to conclude that the police attacked the favela with such force to avenge the death of their colleague.

But why did the police conduct this operation in the first place, in the middle of a devastating pandemic and despite a Supreme Court decision banning it?

The police initially claimed that the operation was conducted as part of an investigation not only into drug trafficking, but also other serious crimes such as “soliciting of minors, homicides and robberies” committed by people living in the favela. In the report they issued after the operation, however, they claimed that the main objective of the raid was to arrest 21 individuals suspected of drug trafficking. The only proof they provided for the alleged criminal actions of these people was photographs of them posted on social media in which they appeared to be armed.

At the end of the operation, the police announced that on top of killing more than two dozen “suspects”, they confiscated 16 pistols, five rifles, one submachine gun, 12 grenades, 2 shotguns and some ammunition. While this may be considered a successful outcome for a police operation elsewhere, in Rio, where all criminal groups are heavily armed and the police regularly confiscate large arsenals of illegal weapons, it is hardly newsworthy.

All in all, it was clear that the security forces conducted this raid on Jacarezinho not because they had “an absolutely exceptional case” at hand that necessitated immediate and forceful action, but because they wanted to send a message to the favela’s residents: we are in control and we decide who lives and who dies in this community.

This, sadly, appears to have been the reasoning behind most police operations in Rio in recent years. Indeed, researchers from the UFF have analysed more than 11,000 police actions in Rio de Janeiro from 2007 to date and found that only 1.7 percent of these operations were “successful” – that is, had a defined motivation, caused a low number of deaths and injuries, and resulted in large amounts of weapons and drugs being seized.

In sum, police operations in Rio are not carefully planned actions aiming to curb violence and effectively tackle drug trafficking and other crimes, but a way for the police to show strength, terrify the population into submission, and keep tabs on the city’s favelas.

These operations are also part of the Brazilian authorities’ decades-old “war on drugs”. But the Brazilian state’s insistence on treating drugs as a criminal issue rather than a public health problem is not helping curb violence in Rio’s favelas – it is actually fuelling it. Indeed, most experts agree that decriminalising drugs is not just a good idea, but probably the only way to start dealing with the problem of violence in the city – to be followed by other initiatives, such as investment in education, public healthcare and infrastructure, the building of social safety nets, and police reform.

It is, however, unlikely that the authorities in Rio will change their ways and start looking for new, non-violent strategies to end violence and criminality in the city’s favelas in the near future.

This is because Brazil’s far-right President Jair Bolsonaro is not only turning a blind eye to deadly, unnecessary and counterproductive police operations conducted in Rio’s favelas, but actively encouraging them.

The day before the May 6 operation in Jacarezinho, Bolsonaro met with Rio’s governor in an apparent show of support. After the massacre, he congratulated the city’s security forces on the operation and criticised the “media” and the “left” for treating those who were killed by police as “victims” and equating them to “ordinary, honest citizens who respect the law and their fellow citizens”.

Bolsonaro’s positive response to an operation that resulted in more than two dozen deaths and achieved almost nothing was not surprising. Since taking office, the president has consistently supported the violent actions of security forces against favela residents, who he sees collectively as “bandits”.

Of course, the Brazilian state’s tendency to respond to the problem of violence and criminality in the favelas with more violence did not start with Bolsonaro’s presidency.

Previous presidents, and state officials, also contributed to violence in the favelas with their rhetoric and actions. Former President Dilma Rousseff, for example, sent the army to occupy the favelas in Rio de Janeiro and successive governors and mayors put their support behind inconsequential but deadly police operations.

Bolsonaro’s rhetoric, painting thousands of poor and vulnerable people living in the favelas as “bandits” who need to be dealt with using force and without any consideration for their human rights, however, is now ensuring that there is even less chance for Brazil to break this cycle of violence.