US No 1 John Isner has become the first player to call for Wimbledon to relax the idea of forcing participants to stay in central London hotels for this summer’s Championships.

The giant American, holder of the record for the longest match at SW19, is disappointed he will not be able to lodge in the usual private accommodation due to Covid restrictions announced last week.

Describing it as ‘very unfortunate’, he would prefer for tennis to follow the PGA golf tour’s lead and allow players more freedom, and admitted it has been a topic of discussion at the Miami Open. 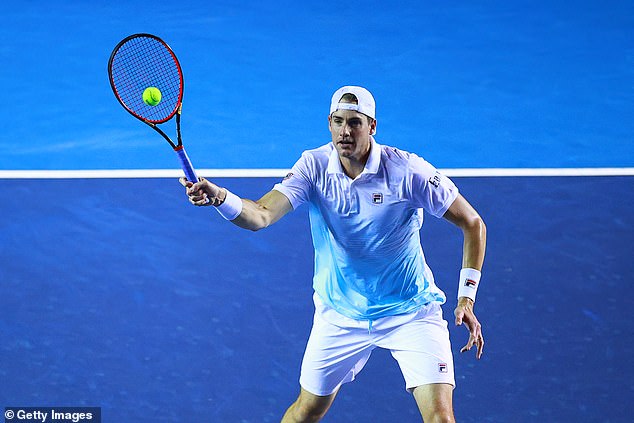 ‘I think a lot of players, myself included, would much prefer to stay closer to the courts and rent a house, especially with my family also,’ he said.

‘As the situation seems to be getting better around the world, there are some questions about whether the bubble environment can be lessened a little bit.

‘I would like to have the responsibility, in my opinion, fall on the players to be careful and take care of themselves. I think if you kind of have faith in your colleagues, I think that will help our mental state, and we’ll be able to put forth a better product as well. 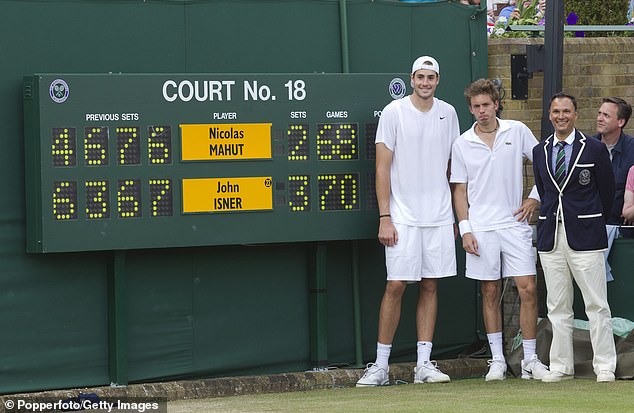 ‘From what I know right now, the PGA Tour doesn’t have a bubble environment. Maybe it’s not something you completely get rid of, but I guess you could lessen some of the restrictions we’re under right now. I’ve probably played Wimbledon 12 times. I’ve never stayed at a hotel before.’

It has become a tradition for competitors to rent private houses in the Wimbledon area, but this year they will be forced to have a long commute from allocated hotels in the city centre.

In the first round of the tournament British No 2 Cam Norrie continued his strong start to the year, scoring his tenth win of the season when he came back from 1-5 in the deciding set to beat Japan’s Yoshihito Nishioka 6-1, 3-6, 7-5.