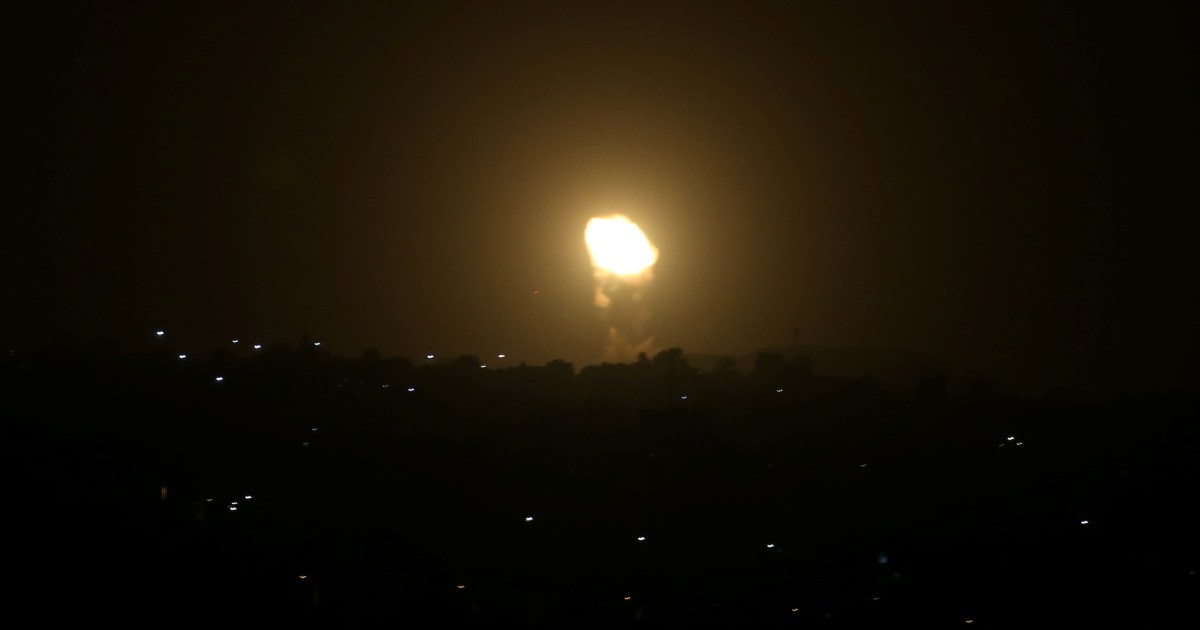 Israeli fighter jets and helicopters carry out air raids on what its army said were a ‘Hamas rocket manufacturing site and military post’.

The Israeli military says it carried out night-time raids against Hamas positions in the Gaza Strip in response to rocket fire from the besieged Palestinian enclave.

A witness in Gaza told the AFP news agency that the Israeli military hit Hamas positions in the southern parts of the Strip just after 2:30am (00:30 GMT) on Wednesday.

The Associated Press also reported an explosion over Gaza in the early hours of Wednesday.

The Israeli military said its fighter jets and attack helicopters struck a Hamas rocket manufacturing site and a military post “in response to the rocket fired from Gaza into Israel tonight”.

According to local Palestinian news agency Maan, the site southwest of Gaza City was struck by five missiles. Another site east of Deir al-Balah in the central Gaza Strip was also targeted.

An Israeli military spokesperson told AFP a rocket from Gaza had hit an open field in southern Israel.

There were no immediate reports of damage or casualties caused by the rocket, the first fired from the Palestinian enclave since January, and there was no immediate claim of responsibility.

Gaza, with a population of more than 2 million, is governed by the Hamas movement but the enclave remains under a strict Israeli land, air and naval blockade. The UN has dubbed it an “open-air prison”.

Hundreds of Palestinians have been killed in recent years as they protested against the blockade, which Israel has justified on security grounds.

The Israeli raids came shortly after Israeli Prime Minister Benjamin Netanyahu visited the southern city of Beersheba to try to whip up support among voters as the country held its fourth election in less than two years.

According to exit polls, Netanyahu has failed to win the majority needed to form a government.