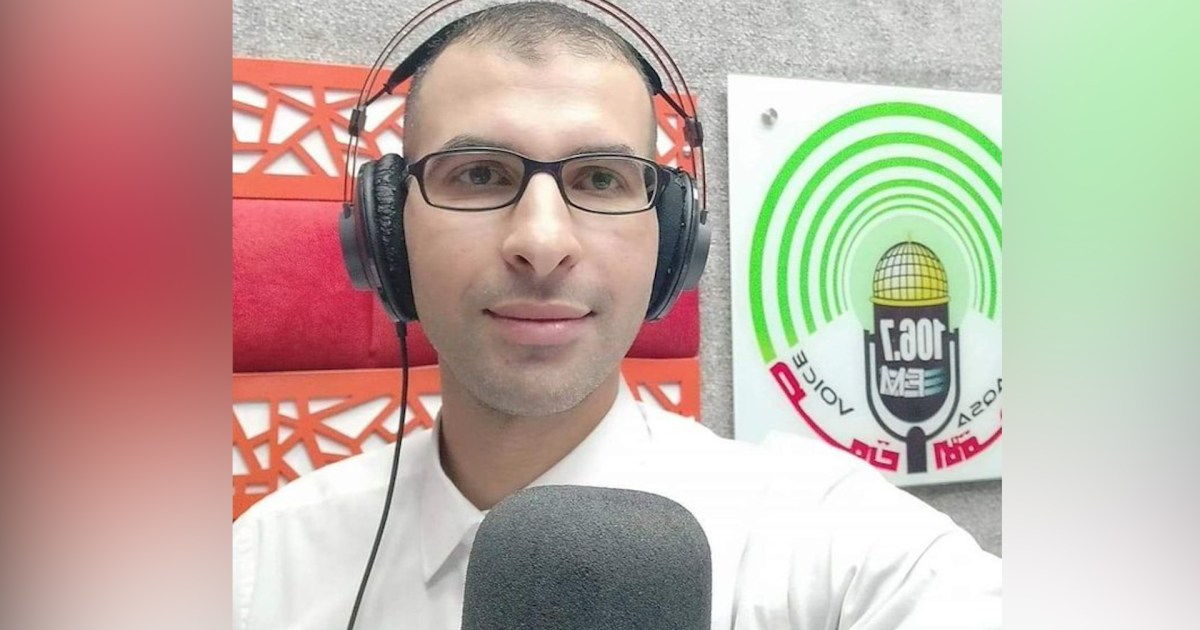 Palestinian journalist Yusef Abu Hussein has been killed in an Israeli air raid that struck his house in the besieged Gaza Strip, according to his family and colleagues.

Hussein, a broadcaster for the the local Voice of Al-Aqsa radio station, was among the four Palestinians killed in the early hours of Wednesday as Israel continued its relentless bombardment on the besieged enclave.

The journalist’s father, Muhammed Abu Hussein, said the family home in the Sheikh Radwan neighbourhood was targeted by a missile, followed by two more strikes.

“We were able to get out of the house. But my boy, Yusef … was killed,” he said.

The news of Hussein’s killing sparked an outpouring of grief and calls for the Israeli government to be held accountable.

The Voice of Al-Aqsa radio station said in a statement it mourned the loss of its “son and employee” and called for a vigil at 5pm at al-Shifa hospital.

“We also document, in front of the world, this heinous crime committed by the Israeli enemy, including targeting civilians in their homes and attacking the press and media personnel,” it said.

“Let us affirm that the Voice of Al-Aqsa Radio will continue to be a voice of truth that exposes the crimes of the Israeli occupation. We will remain a platform for Palestinian resistance and the Palestinian right until our people obtain their right to freedom and live in dignity.”

Salama Maarouf, head of the ministry of government information in Gaza, offered “warm condolences” to Hussein’s family, loved ones and colleagues.

“Occupation crimes against journalists and civilians remain a stain on the international community in general and international organizsations and institutions concerned with freedom of opinion and expression in particular. When will you act? And when can it seek to curb the aggression of the Israeli occupier, put an end to its crimes, and hold it accountable?”

The Palestinian Journalists Syndicate also offered its deepest condolences to Hussein’s family and said it held the “Israeli occupation responsible for this crime”.

URGENT #GAZA. The IFJ affiliate in Palestine (PJS) has just informed me that a Palestinian journalist, Yusef Abu Hussein, was killed when the Israeli army bombed his home in Sheikh Radwan, district of #Gaza.
The Israeli government must be held responsible.
cc @IFJGlobal @InfoPJS pic.twitter.com/rcc7PhgLVu

The International Federation of Journalists reported Hussein’s killing in the air raid, with General Secretary Anthony Bellanger writing on Twitter: “The Israeli government must be held responsible.”

The air raid came days after Israel bombed to the ground a Gaza building that housed residential apartments and the offices of international news organisations, including Al Jazeera and The Associated Press news agency.

Press freedom advocates sharply condemned the May 15 destruction of al-Jalaa tower as a brazen attempt to “silence” journalists covering the Israeli military’s ongoing offensive. Israel justified the attack by saying the building contained military assets of Hamas, the group running the Strip. It has not provided any evidence for its claim, which was vehemently rejected.

On May 11 and 12, Israeli fighter jets had also bombed and destroyed the al-Jawhara and al-Shorouk office buildings in Gaza City, which housed more than a dozen international and local media outlets.

“It is utterly unacceptable for Israel to bomb and destroy the offices of media outlets and endanger the lives of journalists, especially since Israeli authorities know where those media outlets are housed,” said Ignacio Miguel Delgado, Middle East and North Africa representative for the Committee to Protect Journalists. “Israeli authorities must ensure that journalists can do their jobs safely without fear of being injured or killed.”

At least 219 Palestinians, including 63 children, have been killed in the Gaza Strip since Israeli air raids on the coastal Palestinian territory began on May 10. More than 1,500 others have been wounded.

Twelve people in Israel, including two children, have been killed by rockets fired from Gaza, which came after days of protests of the forced expulsion of Palestinians from the Sheikh Jarrah neighbourhood in East Jerusalem and resulting crackdowns and raids at the Al-Aqsa Mosque compound.