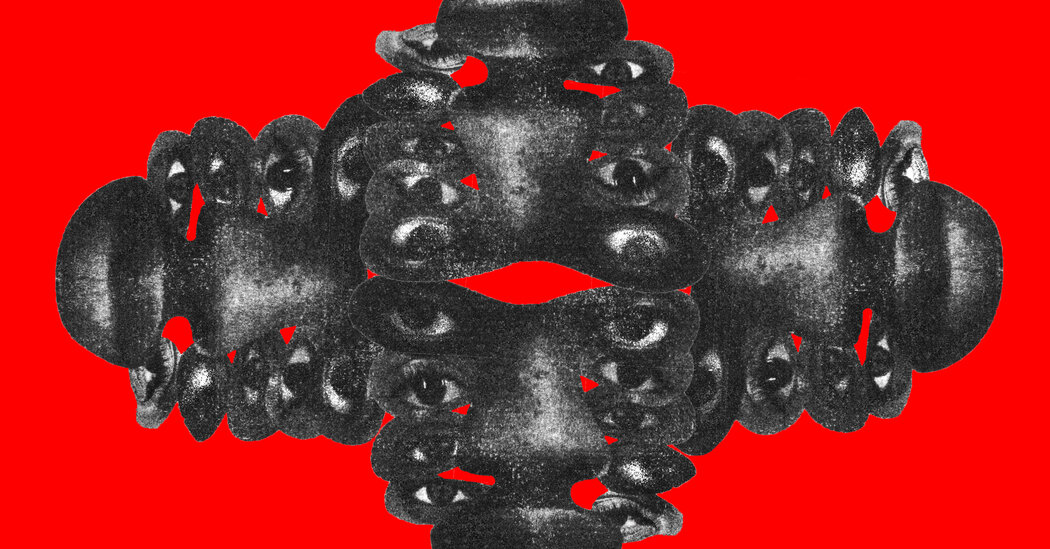 I’ve never watched the video of George Floyd’s murder. My decision wasn’t premeditated or preordained, but rather an improvised refusal. I did not want to be another spectator of that oldest of American rituals: the killing of a Black person in public.

My resistance was not heroic; I’ve just learned not to trust what I see. My doubt started 30 years ago when I, like much of the country, saw another recording, this time a videotape in which four white officers of the Los Angeles Police Department mercilessly beat Rodney King on the side of a San Fernando Valley street. During my senior year of high school, my mainly white classmates and I argued about the case. I believed the grainy black and white footage, shot on a home video camera by George Holliday, a 31-year-old white plumber, to be incontrovertible evidence, and that a guilty verdict was inevitable.

But, when, on April 29, 1992, on their seventh day of deliberations, the predominantly white jury acquitted the four men on nearly all charges in the beating of King, their decision taught me a vital lesson: To be Black in this country is to be gaslit almost all the time.

What I deemed with my own eyes to be truth or fact would always be unequal to the power of the white gaze that dominates most aspects of American life.

This was a horrible lesson for a child to learn. But I find it far crueler to see it pass down to my children, a 5-year-old Black boy named after Sidney Poitier, and an 8-year-old Black girl named after the 19th-century Black abolitionist community Seneca Village. They already know how vulnerable their bodies are in public, and how at any given moment a random police siren might be our demise.

But, even as I refused to watch the footage of George Floyd’s death, bravely recorded by Darnella Frazier when she was 17, I did bear vigilant witness to what it reignited: the Black Lives Matter movement the world over. I too came out of quarantine to march, chant and paint All Black Lives Matter and Abolish White Supremacy murals on the streets of Newark. “Those dead bodies are our bodies,” we all knew deep down. “Their flesh, our flesh.”

I thought back to watching the King video, how it made me feel frustrated and defenseless as a young African-American citizen. But the trial also shaped my career as a Black critic. The defense broke the 81-second video down frame by frame so its experts could dissect each detail. By doing so, they neutralized its impact. That strategy — focusing on still shots, playing with point of view and emphasizing multiple interpretations — made me realize how important it was for me to be able to make sense of cultural objects, even one as amateur as Holliday’s video, for myself.

When I started college a few months after that verdict, I decided that I no longer wanted to be a lawyer but an academic trained in the tools of cultural criticism, someone who could teach others how to interpret and contextualize the narratives that shape our understanding of the past and how we relate to one another in the present.

So, decades later, even as I avoided watching the replay of Floyd’s murder, I grappled with the tragedy of his death. Not only in my conversations with friends or in my online classes with my students, but also as a critic who found herself immersed in the groundswell of African-American art that anticipated, responded to and intervened in our racial reckoning.

I saw Black artists, filmmakers, fashion designers, musicians and poets take on the white gatekeepers in their industries and institutional homes. I identified the new conversations Black artists are having with one another across generations and disciplines. I wanted my own writing to match the immediacy with which these artists shared messages of rejecting white privilege, re-centering our collective humanity and demanding a world in which Black people are truly free.

Appearing over the past year, four works in particular were so arresting that even as I stopped watching real-life racial violence against even more Black people, these artists made it impossible for me to look away fully: “Two Distant Strangers,” a short film by Travon Free and Martin Desmond Roe; “A Love Song for Latasha,” a short documentary by Sophia Nahli Allison; a painting of Breonna Taylor by the artist Amy Sherald; and the video installation “Chasing Pink, Found Red” by Tyler Mitchell.

“Two Distant Strangers,” which just won an Oscar and is streaming on Netflix, tells the story of Carter, a young Black man (played by the rapper Joey Bada$$) who keeps reliving the day a white police officer kills him. Reminiscent of the 1993 movie “Groundhog Day,” Carter wakes up each morning conscious of the day before, and spends the bulk of the film trying to change his ending. Nothing works. After Carter’s 99th failed attempt, he realizes that Officer Merk (Andrew Howard) is also aware of the time loop and derives great pleasure from repeatedly killing him. Despite this horrific revelation, I’m always surprised and inspired by the ending, in which Carter doubles down on his plan of outlasting and defeating this trap of white supremacy.

“A Love Song for Latasha” (also on Netflix) uses absence to recover the story of Latasha Harlins, the 15-year-old Black girl who was killed by a Korean-American grocer in 1991. Allison chose not to include the footage of Harlins’s death taken by the store’s camera, which was shown on national news and was later used in the trial of the woman who shot her. Instead she actively memorializes Harlins through the memories of her loved ones, her childhood mementos and lushly lit re-enactments of her life. After first writing about the movie in June, I’ve come back to it again and again, haunted by its moving portrait of Black death. By reminding us that the public outcry after Harlins’s shooting also helped spark the Los Angeles riots in 1992, Allison puts Black girls front and center in our racial justice movement.

Such inclusivity also drew me to Amy Sherald’s portrait of Breonna Taylor, which appeared on the cover of the September issue of Vanity Fair guest-edited by Ta-Nehisi Coates. Now the painting is the signature piece in “Promise, Witness, Remembrance,” an art exhibition in honor of Taylor at the Speed Art Museum in Louisville, Ky. Sherald, who captures the daily beauty and dignity of Black people, is best known for her portrait of Michelle Obama for the National Portrait Gallery in 2018.

Sherald’s bold choice of turquoise and tender recreation of Taylor’s glamour is an aesthetic protest of the horror of Taylor being shot to death in her own home. Ultimately, its large size (54 by 43 inches) provides a narrative justice of sorts, as it partly fills in the empty spaces of the nearly blank incident report that followed her death with an expansive remembering of Taylor’s life.

I came late to Tyler Mitchell’s exhibition “I Can Make You Feel Good” at the International Center of Photography, which opened in January 2020 and brings together his fashion photography, staged portraits and experimental filmmaking. But by the time I saw the show in December, his thematic emphasis on joy, utopia and Black leisure took on a heightened urgency after spending the year overwhelmed by the twin pandemics of the coronavirus and systemic racism.

In the book inspired by the show, the photographic stills from “Chasing Pink, Found Red” depict young Black men and women dressed in shades of white, brown and black relaxing on top of a red and white checkered picnic blanket barefoot and with their eyes closed, suggesting (as I’ve written before) a communal gathering as group rest. But, as a film, mounted on three large screens, with voice-overs that Mitchell crowdsourced from his friends and social media followers, it reveals a formative encounter: the moment that Black people become aware of how they are seen in the eyes of others. Overlaid with this litany of racial microaggressions, the young Black bodies in relief appear united in death, a slippage caused by the ongoing tragedies and overwhelming ubiquity of such images today.

I was reminded of how much this art sustained me over the past year as I listened to Derek Chauvin’s trial last month. In my car, I heard witness after witness relive the worst minutes of their lives, sometimes watching new footage from before, during and after Floyd’s final moments. But, as palpable and searing as that trauma was, I was never certain of the trial’s outcome. “Believe your eyes,” the prosecutor Steve Schleicher had repeatedly insisted to the jury in the courtroom. “What you saw, you saw.”

Would the young people who watched the Floyd video feel as gaslit by a verdict as I did nearly 30 years ago?

For the first time since then, I felt a slight sense of hope that the lens through which Black people see our lives (and too often our deaths) had also empowered these anonymous jurors to do what was just and right. And to be honest, I’m not sure what I would have told my daughter, who watched the guilty verdict being announced with me, if that strategy hadn’t worked. Either way, I did what I believe is the job of a mother and a critic to do. I stayed present with her, I helped her hold her feelings, and I helped her turn what she witnessed into a story that could account for the difficult history of our country without stripping her of the life-affirming hope that she will need to navigate these troubled waters.

As for me, I will continue to find solace in the art that sustains, expresses and saves our Black lives.