Lancashire have added to their overseas ranks by signing Australian seamer Jackson Bird for half a dozen County Championship matches and the big-hitting New Zealander Finn Allen for Twenty20.

Both will play alongside club captain Dane Vilas, who is now considered an import following the end of the Kolpak era.

Bird, 34, will be available from the third match of the campaign versus Kent at Canterbury on April 22. 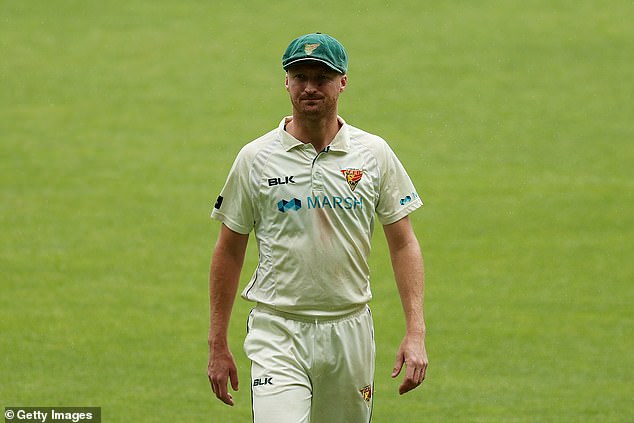 Jackson Bird, pictured playing for Tasmania in the Sheffield Shield, has signed for Lancashire 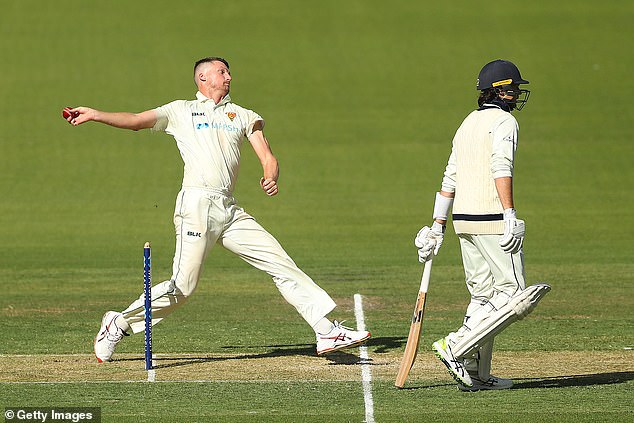 Although he has an excellent career record of 401 first-class victims at 24.64, his previous experiences of county cricket with Hampshire in 2015 and Nottinghamshire in 2016 proved a struggle: he took 19 Championship wickets in six appearances, at a cost of 39.7 runs each, and 15 in five, at 37.2, respectively.

‘I feel as though I have unfinished business in English county cricket,’ Bird, who is set to form a new-ball alliance with James Anderson, said. 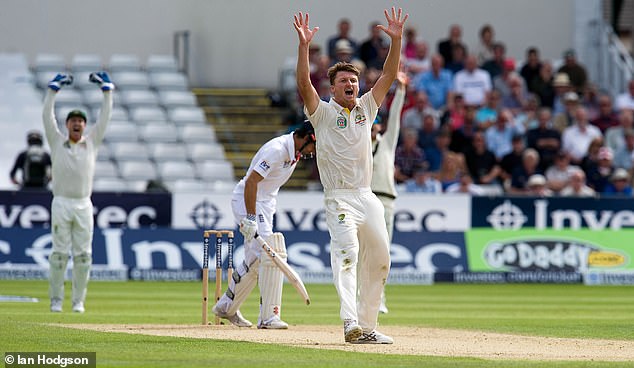 Allen, 21, will arrive in June for the entire Vitality Blast campaign, after a debut season at the Indian Premier League with Royal Challengers Bangalore.

He rose to prominence this winter by smashing a tournament-high 512 runs at incredible strike rate of 194 to help Wellington to New Zealand’s domestic T20 title.

County cricket regulations for 2021 allow three overseas players to be on the books of each club but only two to feature on the field.