Incoming Lancashire seamer Jackson Bird took a career-best seven for 18 as defending champions New South Wales were routed for their lowest ever first-class score in the Sheffield Shield.

On an astonishing second day in Hobart, an NSW side including Test bowlers Mitchell Starc and Nathan Lyon were dismissed for just 32 replying to Tasmania‘s 333.

Only visiting captain Peter Nevill made double figures in what was the fourth smallest total in Shield history. Sean Abbott, the Australia all-rounder, was unable to bat after splitting the webbing in his hand while bowling on the opening day. 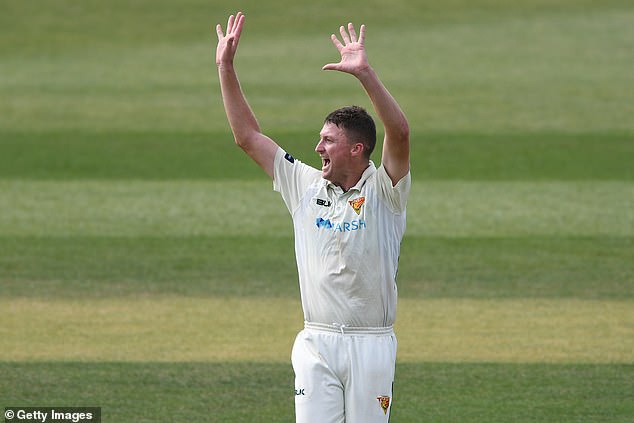 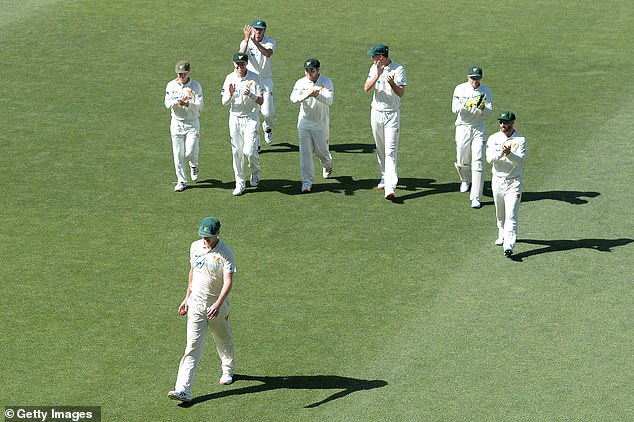 ‘It was nipping just enough and swinging just enough, and everything was nicked or lbw. It was a great bowling display from the group, especially Peter Siddle at the other end, he could have been in my position quite easily the way he bowled,’ Bird said.

‘I felt like this was just around the corner. I haven’t really got a big bag of wickets like that for a while but feel like I’ve been bowling well.’

Tasmania, without a win in the first six rounds of the competition, declined the opportunity to enforce the follow-on and set NSW a 493-target over the final two days. 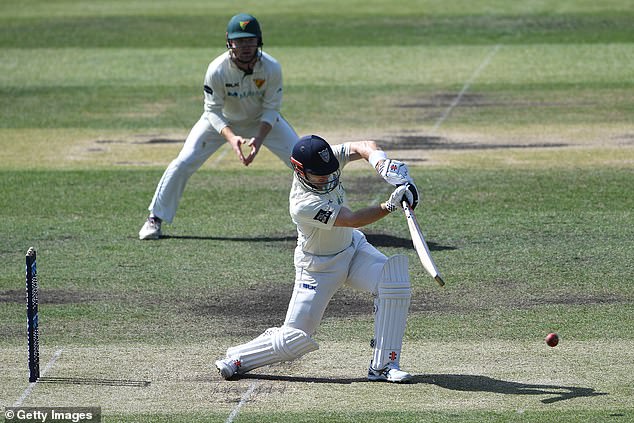 Bird, 34, will be available for six of Lancashire’s County Championship fixtures from next month, beginning with a trip to face Kent at Canterbury on April 22.

Previous experiences of county cricket with Hampshire in 2015 and Nottinghamshire in 2016 proved a struggle – he took 19 Championship wickets in six appearances, at a cost of 39.7 runs each, and 15 in five, at 37.2, respectively – but he appears to be in prime form this year as the second most prolific bowler in the Shield behind Lyon.