Jamie Murray spent some of last year organising domestic events titled the ‘Battle of the Brits’, and will now star in a similar production at the Australian Open.

A British player is guaranteed to make the doubles final when he and partner Bruno Soares will take on defending champions Joe Salisbury and American Rajeev Ram in the semis, to be played in the early hours of Friday morning.

Murray has reunited with Brazilian Soares this year to form a partnership that won in Melbourne four years ago. 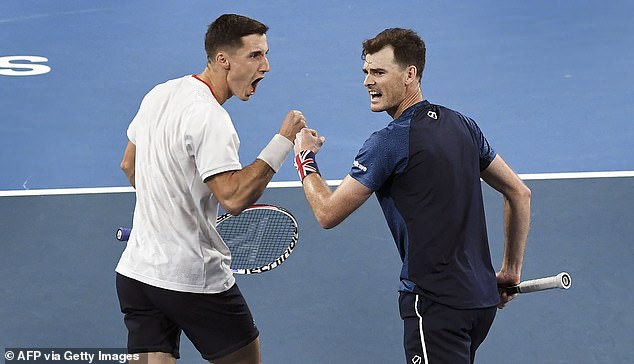 Joe Salisbury (left) and Jamie Murray (right, pictured playing together at the ATP Cup in January) will go head-to-head in the Australian Open men’s doubles semi-finals

The dividend has been swift and they overcame Marcelo Arevalo and Matwe Middelkoop 6-3 6-4 in the quarter finals.

It will be the first time that they have played Salisbury and Ram, who beat Marcus Daniell and Phillip Oswald 7-6 6-2.

It will not be personal, according to Salisbury, the highest ranked of the GB doubles cohort: ‘All the Brits get on well, all the doubles guys are fairly close,’ he said.

‘I wouldn’t say we are hanging out having dinner every night but we get on very well. We practise together sometimes when we are back in London.’

Andy Murray meanwhile made a late withdrawal from this week’s Biella Challenger in Italy but is not injured and will play next week at the ATP event in Montpellier. 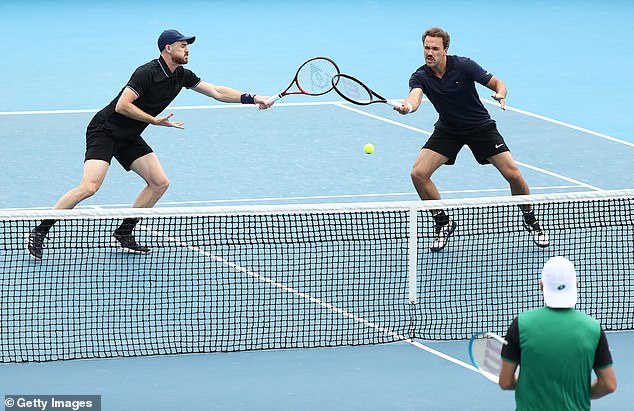 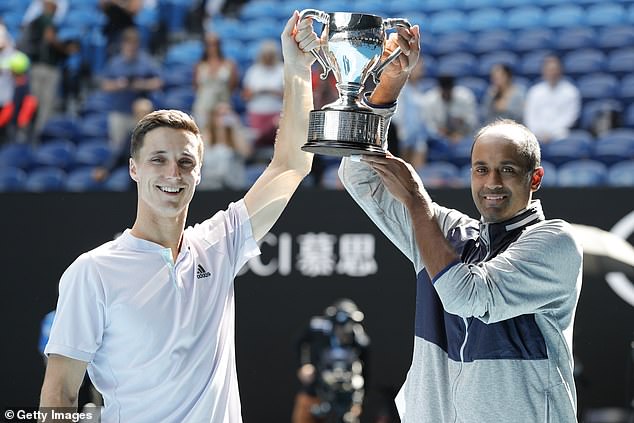