The struggle must be exhausting but Jason Holder is not in the mood to give up.

In his day job, he is Test cricket’s top-ranked all-rounder, a jarringly accurate seamer and a lower-order batsman good enough to score a double hundred against England two years ago in his native Barbados.

But the visit last summer of West Indies confirmed that the day job is barely the half of it. Outraged by the death of George Floyd at the hands of Minneapolis police, Holder led a memorable response to the Black Lives Matter movement, taking a knee before each of the three Tests against England. 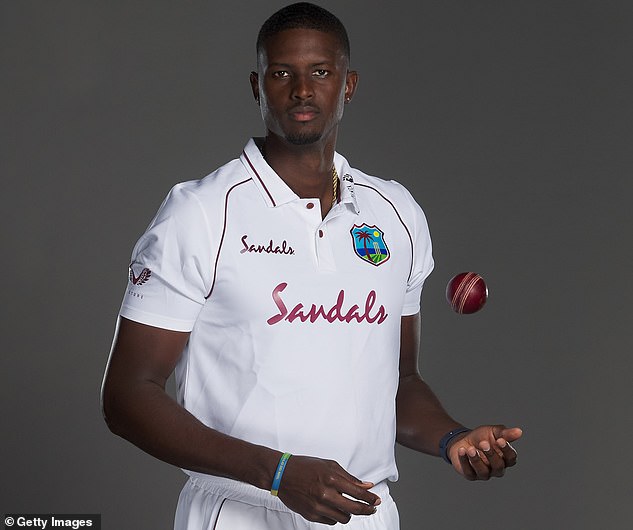 Later, he spoke eloquently about the financial inequalities that shame international cricket. West Indies lost 2-1, but won admirers. It’s why Holder, whose figures of six for 42 were central to their surprise victory in the first Test, was this week named as one of Wisden’s Five Cricketers of the Year. And he’s far from finished.

‘I think it will be an ongoing battle,’ he tells Sportsmail. ‘You still see things like racism against Asians in the US, so we’ve got to continue to educate each other. We aren’t far off.’

Holder is back in the ranks now, having lost the Test captaincy last month to Kraigg Brathwaite after more than five years in the job.

But his speech remains peppered with the inflections of a leader. Last summer, he and his team-mates added a flourish to their pre-match gestures — not just taking a knee, in the style of Colin Kaepernick, the San Francisco 49ers’ quarterback who was protesting against police violence in the US — but raising a gloved fist, like American sprinters Tommie Smith and John Carlos at the 1968 Mexico Olympics. 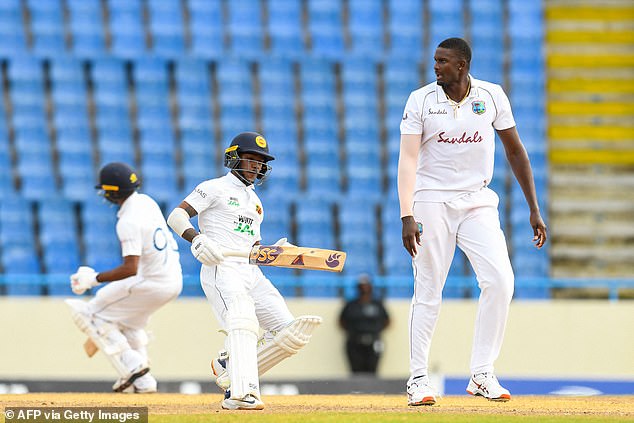 Was he disappointed the England team stopped taking a knee halfway through the summer?

‘I don’t think it was an issue of respect,’ he says. ‘But I would feel better knowing that there were answers in other areas.

‘I could be sitting here without the full picture as to why that stance was taken. But we should talk about it openly and not sweep it under the carpet. We have to keep tackling it as a group.’

Perhaps for that reason, Holder is wary of gesture fatigue.

‘Now is the time we should come back together and have a chat about it. We need to take it to another level and show solidarity in a different way. I’m not sure if the impact of taking a knee is still there. 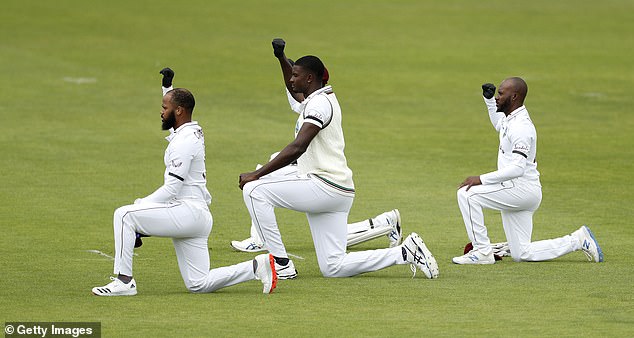 ‘We have to be realistic. People get bored and see these things as being repetitive. Are there other ways to emphasise the point? I think we need to rethink the impact of taking a knee and evolve the situation.’

What more should cricket be doing? Not long after India’s Mohammed Siraj complained about racial heckling from the Sydney crowd, Holder singles out spectator abuse.

‘It’s not about making fans scapegoats, but there have got to be more severe consequences for those actions,’ he added. ‘Perhaps during breaks between matches, players and fans should engage more.’

In response, the ECB recently expanded next year’s tour to three Tests (up from two) and five T20s (up from three), though Holder is not convinced that has necessarily answered his appeal.

‘That’s debatable,’ he says. ‘I’m happy they have committed. But there’s just too much of a financial discrepancy between the various territories of the ICC. 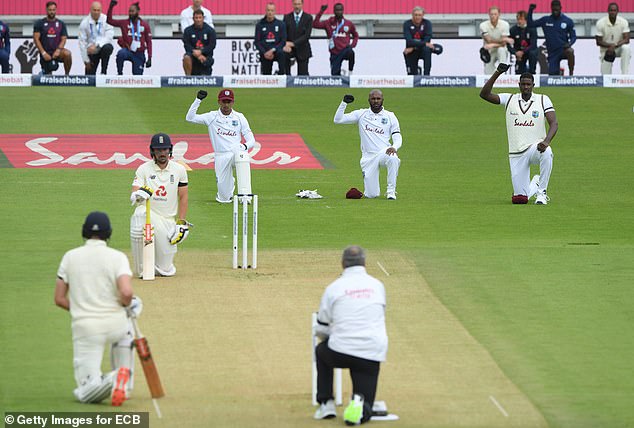 Holder is wary of gesture fatigue. ‘We need to show solidarity in a different way,’ he said

‘For cricket to continue to blossom we need West Indies, Bangladesh, Sri Lanka, South Africa. These places are struggling financially to keep the game alive. In terms of infrastructure, England, Australia and India are able to get things in place in all age groups — male and female.

‘In the West Indies, there’s now doubt about having a first-class competition because of Covid and finances. How are players going to get the chance to be recognised for international cricket? We’ve had to endure pay cuts and other deductions.

‘I’ve had opportunities to play county cricket, the IPL and the Big Bash. Structurally and systematically, they are way more advanced than we are in the West Indies.

‘There’s often been a political agenda here in the Caribbean because of changes of administration and coaches. There’s still not that much to invest in development. We struggle with our A-team programme. There’s no consistent quality.’

He sounds disillusioned. ‘I guess I’m just a little bit frustrated and disappointed.’

Cricket has to find a way to channel his emotions into something constructive for the game. If the ICC are looking for a new chairman in a decade’s time, they know where to find him.