Jason Roy has targeted a T20 hundred after rekindling his love for the game during this year’s Big Bash in Australia.

Roy has top-scored in both England’s games so far in India, following 49 off 32 balls in Friday’s first match with 46 off 35 in Sunday’s second.

Now, with the teams level at 1-1 and three games to go, he wants to follow in the footsteps of Alex Hales and Dawid Malan – the only England players to reach three figures in T20 internationals. 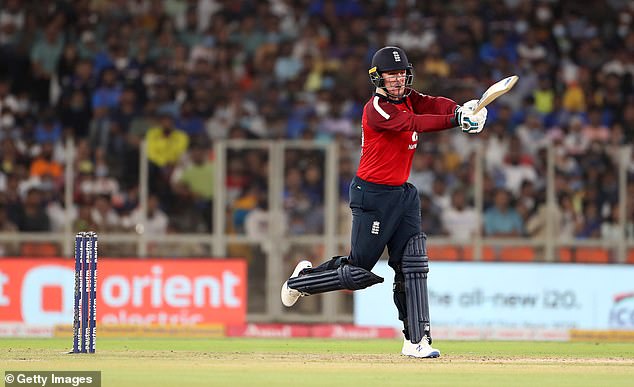 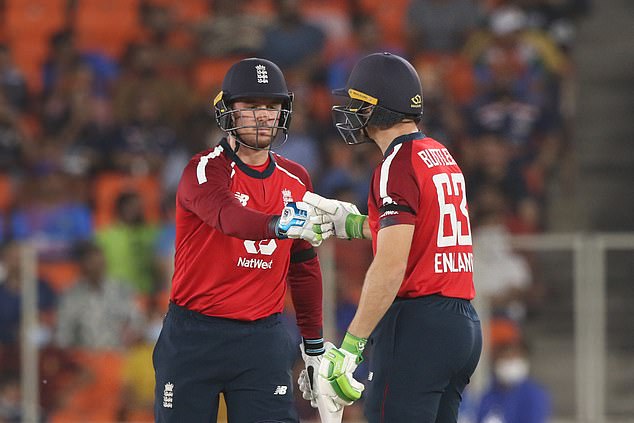 ‘That’s my target,’ he said ahead of today’s match in Ahmedabad. ‘My job is to not mess about. To score a hundred in the T20 format, you have to be ultra-aggressive. You’re looking at facing a maximum of 60 balls.

‘You’ve got to start in sixth gear up to the sixth over, then go down the gears, then up again. It’s a mixture of aggression and calculated stuff if you want to get those big scores.’

Roy needs only 15 more runs to become the fifth England player to reach 1,000 in the format, behind captain Eoin Morgan, Hales, Jos Buttler and Kevin Pietersen – though none of that quartet can better his strike-rate of 143. 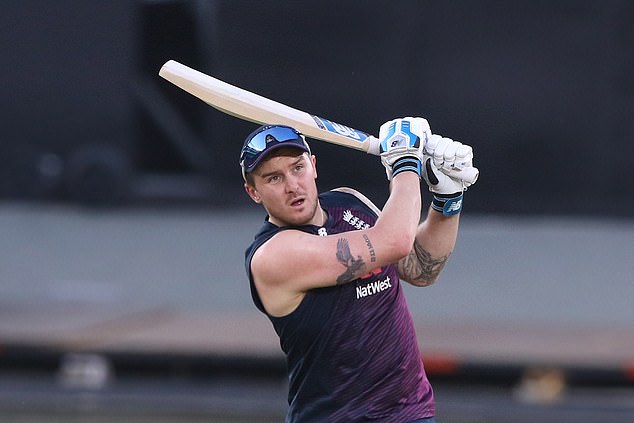 Roy needs 15 more runs to become the fifth England player to reach 1,000 in the T20 format

And he says he has emerged stronger from a difficult year in which he struggled with lockdown life and failed to pass 32 in eight ODI innings after playing a starring role in England’s 2019 World Cup triumph.

‘The last year has been a huge learning curve,’ he said. ‘Dealing with emotions off the field, with everyone going on with Covid and bubble life, can really cloud your judgment and make you overthink a few things.’

Then came a stint either side of the New Year with Perth Scorchers in Australia’s Big Bash League, where he made 355 runs at 32 – and felt the blood pumping once more.

‘Since then, I’ve started really loving my cricket again. I’m going out there and playing in front of 60,000 adoring, screaming Indian fans, which is second to none. 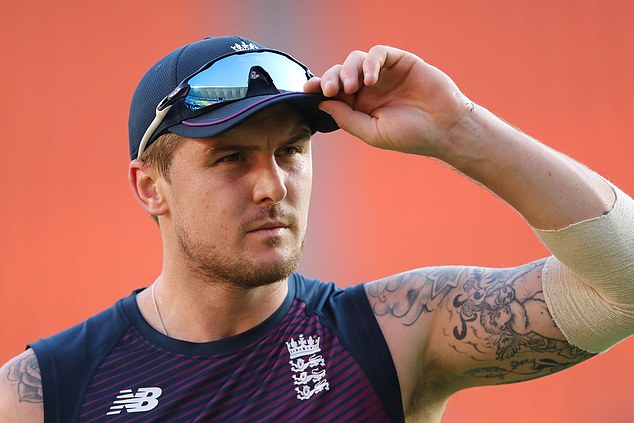 ‘The moment I got to the Big Bash, I had 20-odd people watching me in the nets, and I had a sense of an adrenaline rush and belonging again, and it was the most incredible feeling. I never fell out of love with the game, but playing in front of crowds makes you realise that they mean a huge amount to us as sportsmen.’

Meanwhile, England remained unsure about the availability of fast bowler Mark Wood for today’s game after he bruised a heel during the series opener, causing him to miss Sunday’s match.

The game, along with the final two of the series, will be played behind closed doors amid concerns over rising Covid-19 cases in India. Crowds of over 60,000 attended the first two matches.