Mercedes star Hamilton – who last year matched Michael Schumacher’s all-time record of seven world championships – is this campaign gunning to equal to win a fifth straight title, a feat only previously achieved by the German.

And should he mount another successful defence of his crown, Hamilton will become the most distinguished figure in the sport with an unrivalled eighth championship. 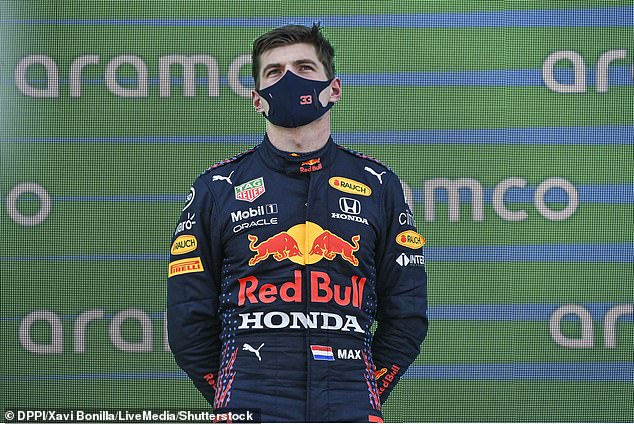 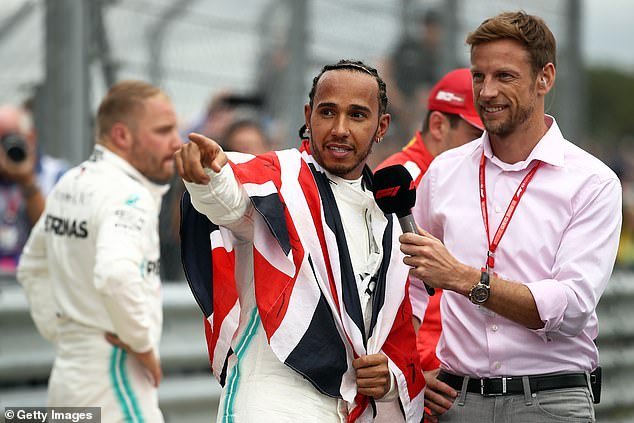 However, Button – who won the 2009 world championship with Brawn – believes his former McLaren team-mate does not match up to Red Bull’s Verstappen for raw talent, but conceded Hamilton is a more complete driver.

Speaking ahead of last weekend’s Spanish Grand Prix, Button, 41, said: ‘He’s (Verstappen) immensely talented. For raw talent, he’s probably the most talented [in history]. I know a lot of people won’t agree with me on that.

‘The most complete driver out there in terms of experience and the way they go about their racing is Lewis Hamilton.

‘But for raw talent, I think it has to be Max. So Red Bull are not going to want to let him go.’ 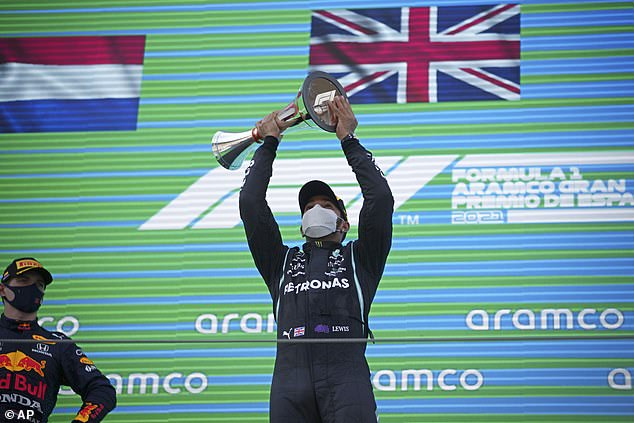 The 23-year-old trails leader Hamilton in this season’s drivers’ standings by 14 points ahead of the Monaco Grand Prix a week on Sunday, with the season threatening to become a two-horse race.

The Dutchman’s only win of the season so far however came at the Emilia Romagna Grand Prix last month, his 11th overall in F1.

But despite finishing runner-up to Hamilton in Barcelona last weekend – the third time it has happened in four races – Verstappen is still on track to beat his career-best finish of third, his final position at the end of the last two seasons.

Verstappen has been touted as a future title contender for years and is still the youngest driver to have started a world championship race aged 17 in the 2015 Australian Grand Prix. 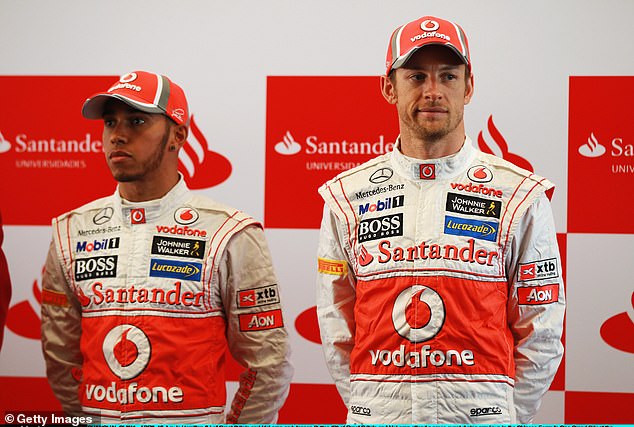 Hamilton meanwhile is keen to sort out a new deal with Mercedes before the summer break, which would avoid a repeat of the saga that preceded him signing his £40million, one-year extension just a few weeks before the start of the season.

Hamilton and Button meanwhile were team-mates for a few seasons between 2010 and 2012 before the former’s move to Mercedes.

The now Mercedes star finished above his former driving partner in two of those seasons, but Button took centre stage when he claimed second place behind four-time world champion Sebastian Vettel in 2011.