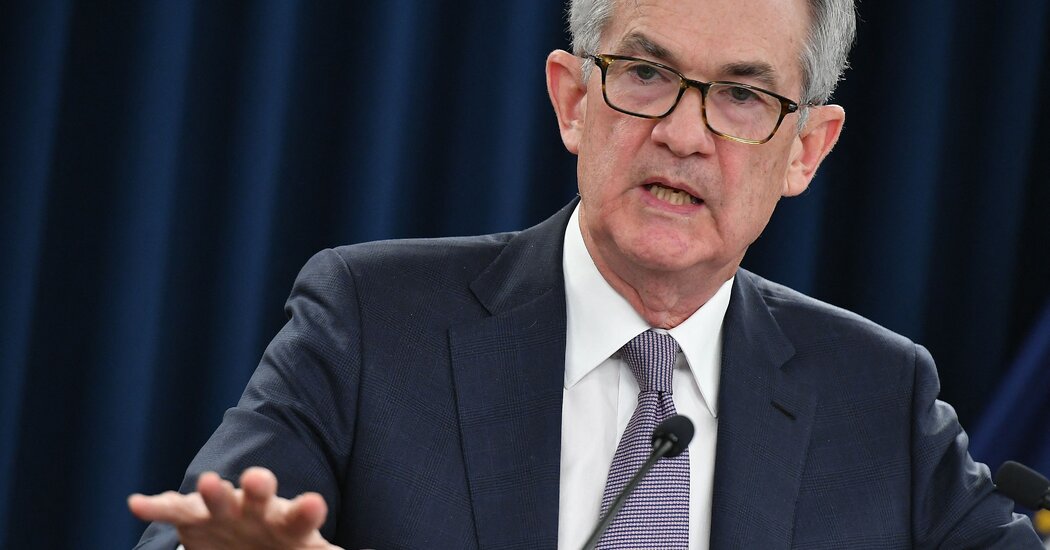 Jerome H. Powell, the Federal Reserve chair, said on Thursday that the central bank was trying to make its economic employee base more racially diverse and he was not satisfied with its progress toward that goal so far.

“It’s very frustrating, because we have had for many years a strong focus on recruiting a more diverse cadre of economists,” Mr. Powell said while speaking on NPR’s “Morning Edition,” after being asked about a New York Times story on the Fed’s lack of Black economists. “We’re not at all satisfied with the results.”

Only two of the 417 economists, or 0.5 percent, at the Fed’s board in Washington were Black, according to data the Fed provided to The Times earlier this year. By comparison, Black people make up 13 percent of the country’s population and 3 to 4 percent of the U.S. citizens and permanent residents who graduate as Ph.D. economists each year.

Across the entire Fed system — including the Board of Governors and the 12 regional banks — 1.3 percent of economists identified as Black. The Fed has been making efforts to hire more broadly, Mr. Powell said, including by working with historically Black colleges.

“It’s a very high priority,” Mr. Powell said of hiring more diversely. “Institutions that focus on diversity and do it well are the successful institutions in our society.”

The Fed chair was also asked about how he would rate the central bank’s sweeping efforts to rescue the economy as markets melted down at the start of the coronavirus outbreak last year. In addition to cutting its policy interest rate to near zero and rolling out an enormous bond-buying program, the Fed set up a series of emergency lending programs to funnel credit to the economy.

Rolled out over a frantic few weeks, the programs included ones that the Fed had never tried before to backstop corporate bond and private company loan markets.

“I liken it to Dunkirk,” Mr. Powell said, referring to the rapid evacuation of British and Allied forces from France in World War II. “Just get in the boats and go.”

Despite the speed of the decision-making, Mr. Powell said that he looked back on the results as positive.

“Overall, it was a very successful program,” he said. “It served its purpose in staving off what could have been far worse outcomes.”