Jimmy Anderson will miss Lancashire’s County Championship match against Sussex starting on Thursday as he is yet to recover from a torn calf.

Prior to suffering what is said to be a minor set-back in training at the start of this month, the 38-year-old was due to sit out the first two rounds of Championship fixtures but feature in the third – the win against Kent at Canterbury last week.

However, the fact he has not been considered for the visit to Hove either is an indication that England are unwilling to take any undue risks with his fitness before the first Test versus New Zealand at Lord’s on June 2. 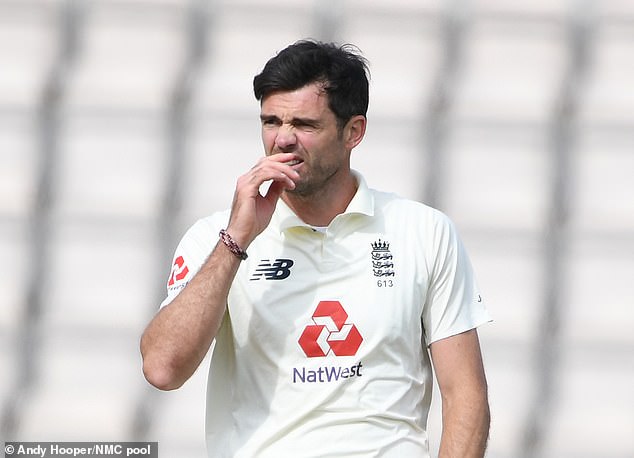 It leaves him with just two further four-day games – against Glamorgan next week and at Northamptonshire a fortnight later – to build up his match fitness ahead of a seven-Test international summer.

His long-term England new-ball partner Stuart Broad returns for Nottinghamshire at Derbyshire, after being rested last week, and Mark Wood should make his season bow for Durham against Warwickshire, who are unable to call upon Olly Stone due to the England team’s restrictons on workloads for their fast bowlers.