Joe Salisbury’s bid to win a second Grand Slam title fell short when he found himself on the wrong end of a remarkable comeback story.

The GB doubles number one and partner Rajeev Ram failed to defend their Australian Open title when they lost 6-3 6-4 to Slovakian Filip Polasek and Croatia’s Ivan Dodig.

In the case of Polasek it was a first Major win at the age of 35, having given up the tour for five years to coach children before coming back in 2018. 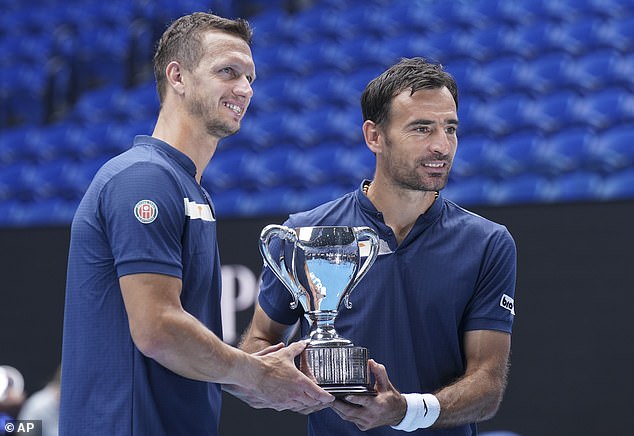 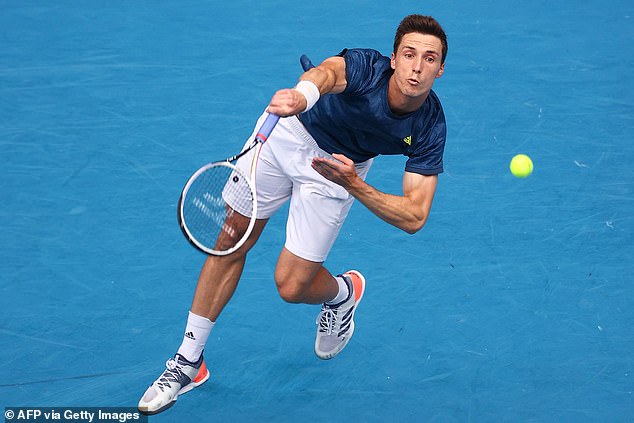 Back problems looked to have ended his career, but Salisbury admitted that it was the quality of his service return that was a huge factor in the final.

‘After that amount of time, being successful now, it’s incredible,’ said the 28-year-old from Putney.

‘He played unbelievably today. We talked before the match, his first Grand Slam final, that he might be a bit nervous, not be playing his best, but he played incredibly well.

‘We just needed to serve better. I don’t think either of us were serving our best.’

Salisbury, who will probably not play again until later next month, will remain Britain’s number one at fourteen in the world, four places ahead of Jamie Murray, whom he defeated in the semi-final. 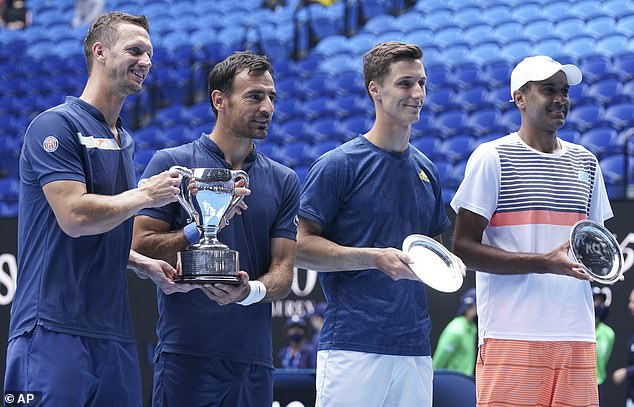 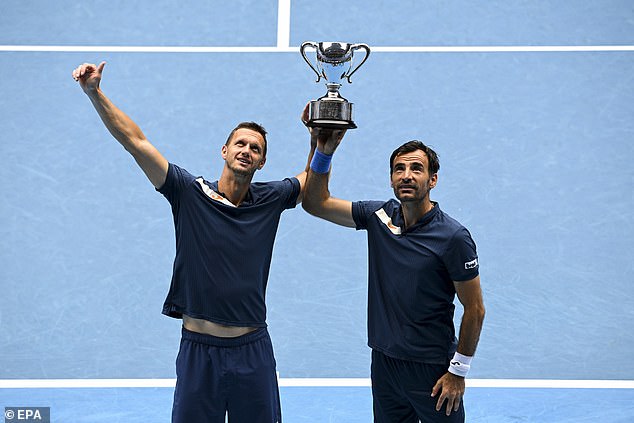