It was a sight to warm the hearts of England fans everywhere. Just a shame the man himself couldn’t escape the chill.

At Hove on Wednesday afternoon, underneath a bobble hat and a couple of jumpers, Jofra Archer emerged from the Sussex dressing room and headed towards the end of his mark.

Delayed but eventually de-layered, the seamer took the first stride towards a vital few months – for himself and for English cricket. 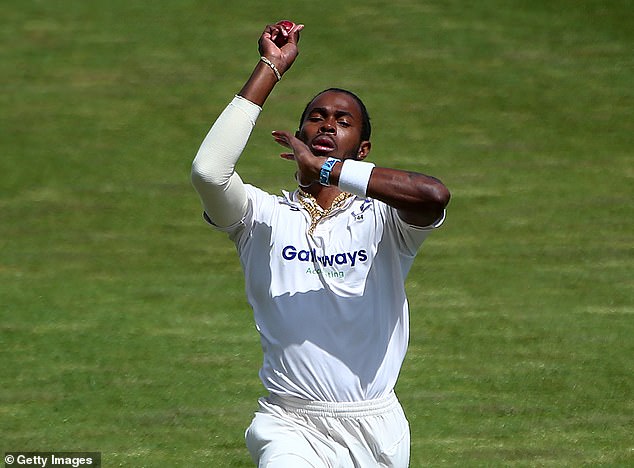 Far bigger challenges await than this run-out for Sussex 2nd XI against Surrey. And far more will be needed from Archer if England are to triumph in either the T20 World Cup or an Ashes series Down Under. But after cutting his right hand on a broken fish tank, at least Archer is back in the goldfish bowl.

Surgery to remove shards of glass, and another injection for his persistent elbow problem, was never going to prove ideal preparation. No wonder he ended wicketless.

All being well, Archer would have spent recent weeks in the red-hot atmosphere of the Indian Super League. Instead he returned among brass monkeys in Hove. 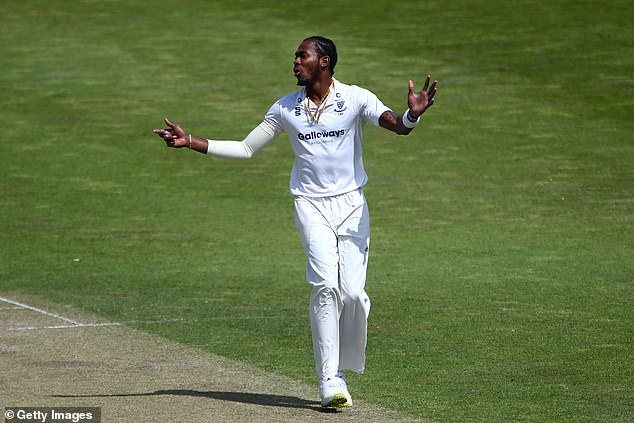 England bowling coach Jon Lewis was here with him; Surrey director of cricket Alec Stewart was among the few interested spectators. Beyond that, it was empty seats and several long-lens cameras for company.

This is Archer’s first action of any kind since March – save a cameo with the bat on Tuesday – and he began with a short burst either side of lunch before the rain came.

There was almost the perfect return when Archer’s first delivery was chipped towards mid-on. 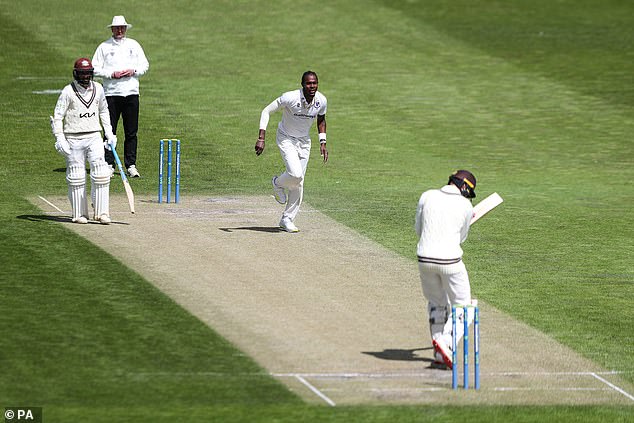 But it fell short of the fielder and that was the closest Archer came during his 11 overs until he found the outside edge of Ryan Patel, only for the chance to be shelled in the slips.

Predictably, perhaps, his bowling lacked some of its usual zip and rust certainly remained – more than once he was punished for drifting too straight or too wide.

The good news? Neither his hand nor his troublesome elbow seemed to cause any problems. A few deliveries did climb past the outside edge and Archer’s second over saw the first back-bending bouncer.

He wore no visible strapping and Archer had enough faith in his fingers to take a place in the slips – even if he did practise catching wearing a white glove.

From the cordon he watched a couple of wickets tumble at the other end, knowing his time will come – starting, he hopes, against New Zealand at Lord’s next month.