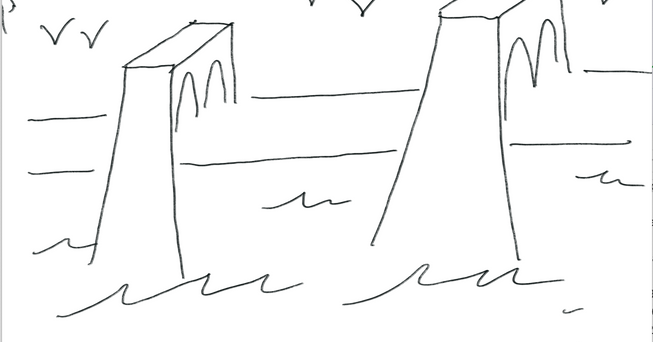 The comedian John Cleese is selling a digital sketch that comes with a nonfungible token, or NFT, to authenticate its authorship via blockchain technology. It’s a joke, sort of.

Evoking a classic con, the sale of the Brooklyn Bridge, the Monty Python actor is auctioning an image of the bridge by “The Unnamed Artist John Cleese,” with bidding running through April Fools’ Day. “I don’t make the jokes,” Mr. Cleese told the DealBook newsletter. “I just point them out.”

The project highlights the hyper-commodification of art in a frenzied market. Christie’s recently held its first NFT auction, selling the work of an artist known as Beeple for $69,346,250. That’s how much Mr. Cleese is asking for the sketch (plus 50 cents) if a bidder wants to “buy it now.” He’ll split the proceeds evenly with his partners: a comedy writer, an animator and a law professor doubling as crypto consultant.

“Some things are worth pointing out, and some are not,” Mr. Cleese said. The Beeple sale was notable because it revealed a “mad world,” he added, with people disconnected from meaningful emotional experiences, like seeing a painting at a gallery. Yet the 81-year-old also conceded that someone younger, for whom the line between the physical and digital worlds is more blurred, could have feelings about an NFT.

The art world can’t afford to dismiss NFTs, Mr. Cleese said. Nor can he. By mocking the craze, he is now implicated in the thing he finds absurd — just how he’s made a living as a comedian.