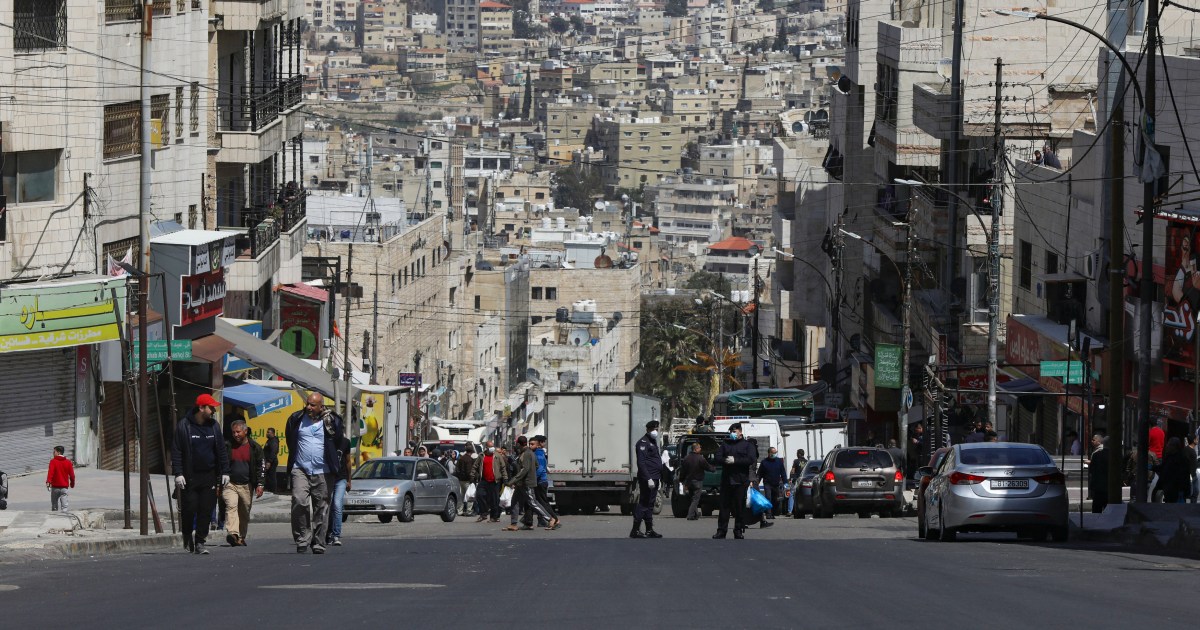 Bassem Awadallah, a long-time confidant of the king, and Sharif Hassan bin Zaid, a former royal envoy, were detained along with other unnamed figures, state media says.

Jordanian security forces have arrested a former adviser to King Abdullah and others on “security related” grounds, the Petra state news agency said.

Bassem Awadallah, a long-time confidant of the king who later became minister of finance, and Sharif Hassan bin Zaid, a former royal envoy, were detained along with other unnamed figures, Petra said on Saturday.

It gave no further details and said an investigation was under way.

The Petra news agency denied reports that Prince Hamzah bin Hussein, a former crown prince and the half-brother of Jordan’s King Abdullah, had been detained or placed under house arrest.

But it reported that Prince Hamzah had been asked to “stop actions targeting Jordan’s security and stability”.

Arrests of top officials close to royal family members are rare in Jordan.

Awadallah, who was a driving force behind economic reforms before he resigned as chief of the royal court in 2008, has long faced stiff resistance from an old guard and an entrenched bureaucracy that flourished for years on government perks.

Jordan’s powerful intelligence agency, with a pervasive influence in public life, has played a bigger public role since the introduction of emergency laws at the outset of the coronavirus pandemic last year, which civic groups say violate civil and political rights.