Jos Buttler paid tribute to an ‘amazing’ effort from Sam Curran as England’s attempt to win their first one-day series in India since 1984 ended in agonising failure.

Curran hit an unbeaten 95 with an heroic rearguard action as England fell eight short of their target of 330 to win the deciding third one-day international.

And Buttler, deputising as England captain in the absence of the injured Eoin Morgan, insisted Curran and his players will be better for the experience even though India added the one-day series to both their Test and Twenty20 triumphs. 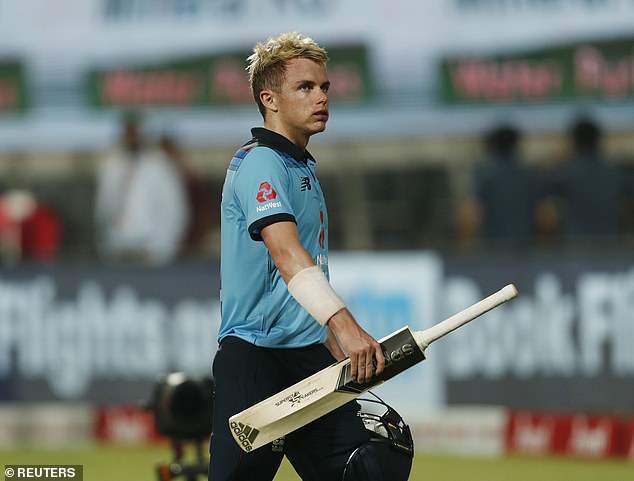 ‘We’re all very proud of the way Sam played,’ said Buttler. ‘He showed all the strengths we know he has in abundance – that character and skill level. And he embodies what we are about as a team.

‘It was amazing for him to take ownership of the chase and take most of the strike. It’s important to remember he’s still only 22 and the scope of where he can take his game is massive. Our guys will go away as better cricketers for their learnings here.’

Curran, who has never made a century in any form of professional cricket, cut a downbeat figure after going so close at No 8 to pulling off one of the great run chases from England’s depths of 200 for seven. 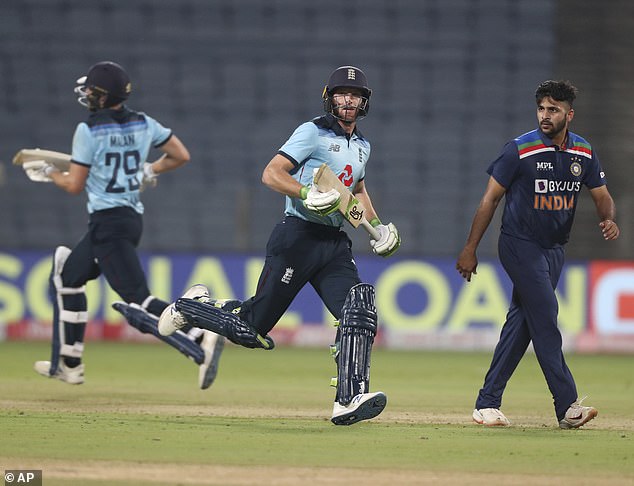 ‘I haven’t done anything like that for a while, especially for England, but we didn’t win the game,’ said the younger Curran brother.

‘It’s a massive learning curve for me and I’ve gained a lot of confidence from this series but I was disappointed at the end.’

The deciding victory gave India a 2-1 one-day series win to follow their 3-1 Test triumph and a 3-2 success in the Twenty20 series as England were left empty-handed from a demanding near two-month tour spent in bio-secure bubbles in Ahmedabad and Pune. 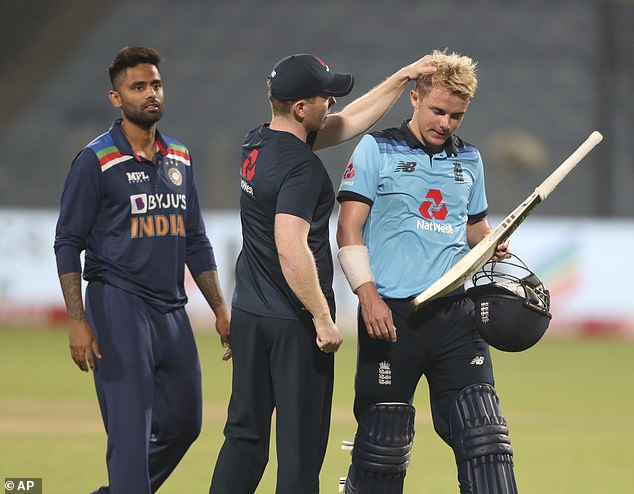 And it was one that was heralded by India captain Virat Kohli, who has been an animated and at times confrontational presence throughout the trip in all formats.

‘This is especially sweet and pleasing because we won every series,’ said Kohli. ‘It has been an amazing season and a great way to finish it off.

‘England will never throw in the towel at any stage. Sam played well but we kept on taking wickets to put just about enough pressure on them.’