Ferrari’s Charles Leclerc is confident that he can battle the top three in Formula One after another impressive race in the Spanish Grand Prix saw him finish fourth.

Leclerc finished fourth in Saturday’s qualifying and produced a fantastic pass on Bottas at the start of the race today to move up to third, but he had to settle for fourth after Bottas moved ahead again following a pit-stop.

But it’s once again a sign of massive improvements for Ferrari and the Monaco-born driver.  Leclerc only finished eighth last season, but in his four races so far, he hasn’t finished worse than sixth. 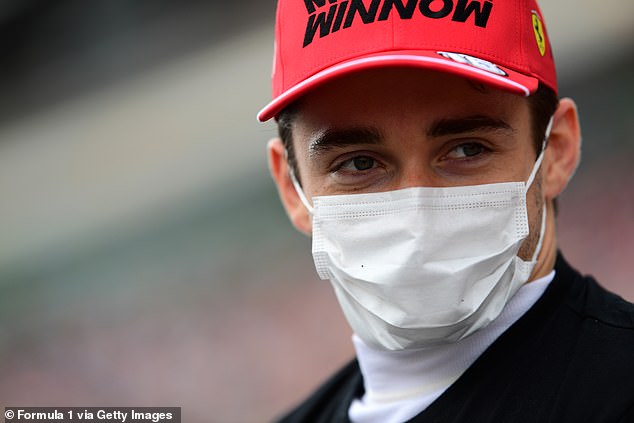 Charles Leclerc has been impressive so far this season, with a worst finish of sixth so far

And teammate Carlos Sainz has managed to back Leclerc up with three top-eight finishes – the same amount that Sebastian Vettel achieved last year.

It sees Ferrari in fourth in the constructor’s standings and within five points of McLaren – a significant jump from their sixth-place finish last season.

‘Then I went for the outside in Turn 3 and it worked out for us and then from that moment onwards, we’ve had a very, very good race, very competitive throughout the whole race, and surely for now, P4 is the best we could have done today.

‘So I’m happy with what the team have done over the weekend; we should be happy in moments like this and now we need to just work more and to improve the car and fight for third.

‘It feels very good,’ Leclerc continued. ‘Because it just means that everything we do, every direction we’ve taken so far in terms of development is the right one, and we can show it on track.’ 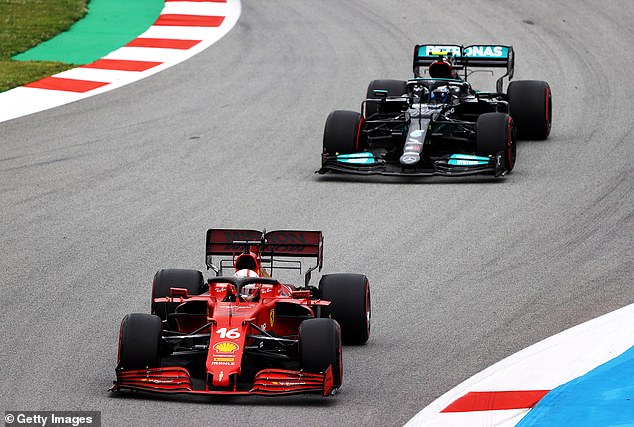