England prop Ellis Genge scored two tries and was yellow carded in a turbo-charged display as Leicester clung on to jump up to sixth in the Premiership.

This was Leicester’s first win in three league games but they were sweating at the death as Quins attempted yet another late escape after pulling them off against London Irish and Wasps recently.

But their two bonus points gives Quins an 11-point cushion over Northampton, who have a game in hand, in the chase for the final play-off spot. 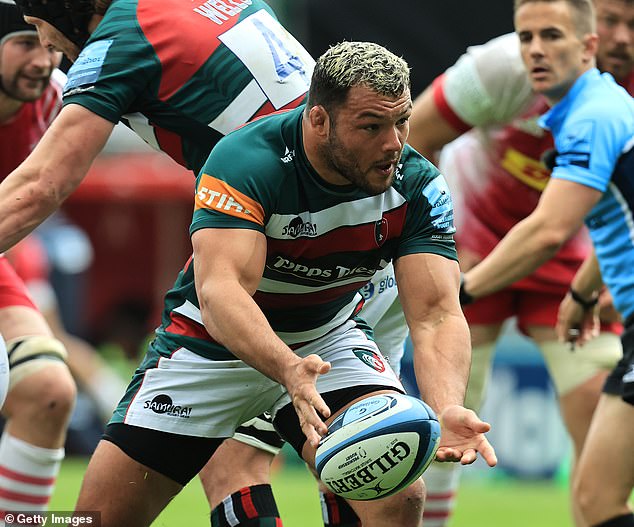 Both Genge tries showed up his power. The first was from short range after nine minutes and for the second he bounced off centre Luke Northmore and finished off the move after centre Dan Kelly and hooker Tom Youngs had both handled.

The other side of Genge came between his two scores when he was sinbinned for a reckless clear out on Harlequins flanker Jack Kenningham on 26 minutes when his arm slammed into the back rower’s head.

Referee Luke Pearce and TMO Tom Foley, who spotted the incident initially, had a good look at it and Genge escaped a harsher punishment.

The Genge show overshadowed the battle of the No.10s George Ford and Marcus Smith, in front of England head coach Eddie Jones.

Six minutes later Genge took a short tap penalty to himself and was pushed over by Youngs and flanker Tommy Reffell – through Smith and Nathan Earle – to make it 12-0 and put Quins on the back foot. 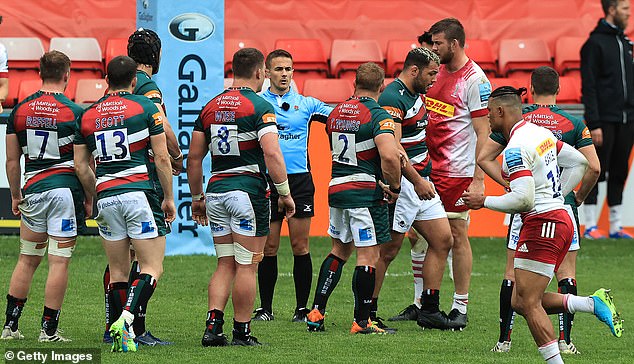 Earle got one back for the visitors on 12 minutes when Joe Marchant, playing on the other wing, put him away before hooker Youngs and Ford’s conversion put Tigers 21-5 up.

Youngs threw in at the line out, the Leicester pack shoved him forward then the captain span away and fell over the line.

Leicester had Dan Cole binned for collapsing a maul – giving Quins a penalty try – then Genge was carded – leaving Tigers down to 13 men. They managed to win that period 3-0 thanks to a Ford penalty before the restored Genge gave them a 17 point lead going to the break with his second score.

Smith conjured a 53rd minute score for Marchant with a well-weighted cross kick and Earle’s second with nine minutes left got the Londoners a losing bonus point. 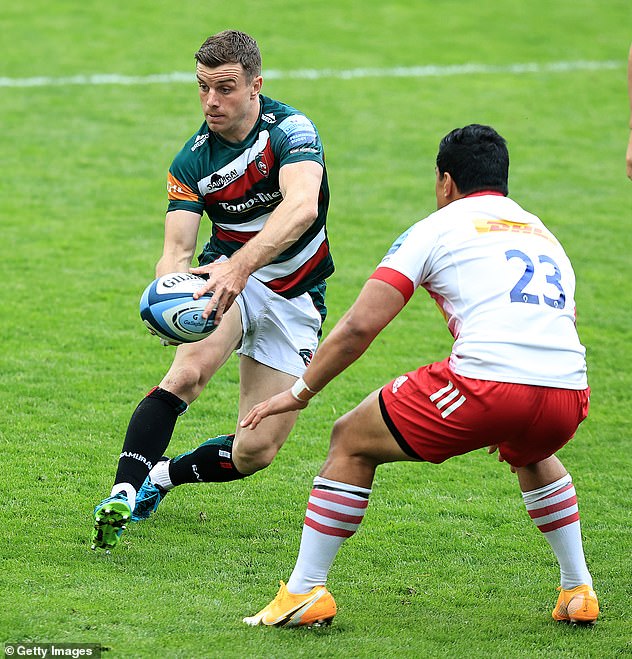