Hanro Liebenberg and Charlie Clare scored tries as the Tigers climbed to seventh in the Gallagher Premiership table, three points off a Heineken Champions Cup place.

Ford – back in action for the first time since the Six Nations – struck three first-half penalties to help put the hosts into a 16-0 lead at the break. 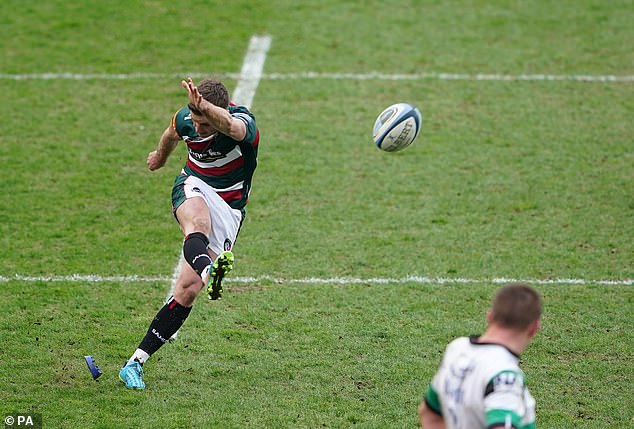 They weathered losing Jasper Wiese and George Martin to the sin bin in the second half, as the insipid Falcons slumped to a sixth defeat in seven games, Sam Stuart’s consolation try proving too little too late.

Leicester head coach Steve Borthwick said: ‘We’re pleased with the win. It’s always a challenge when international players come back. Credit to them for picking up the system after two months away.’ 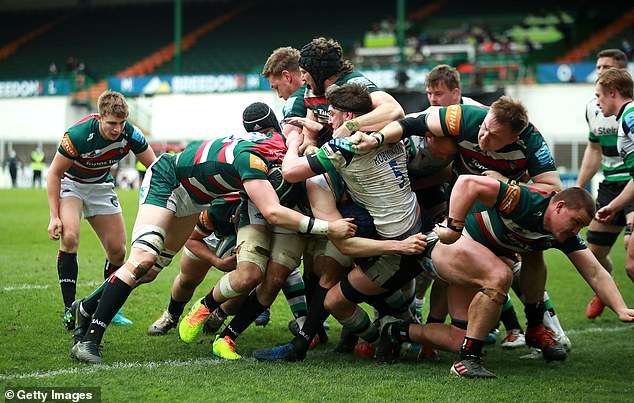