Steve Borthwick’s team-in-transition claimed a place in the Challenge Cup decider at Twickenham on May 21 as they rallied from 17-6 down to avoid yet another painful ordeal against Ulster.

Ford was the ring-master as he tormented the visitors with his dazzling distribution and his spiral bombs, and kicked 18 points in a Man of the Match exhibition of his playmaker repertoire. 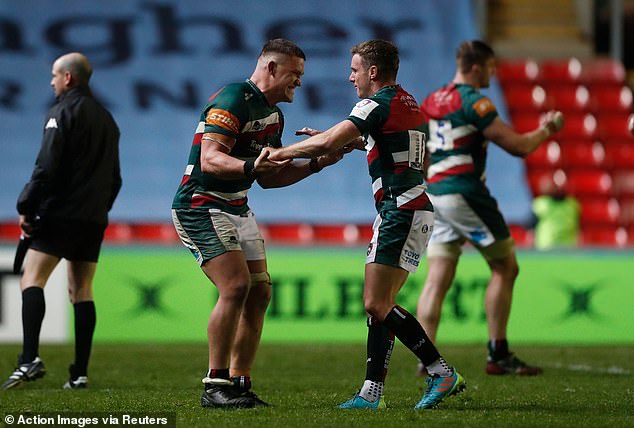 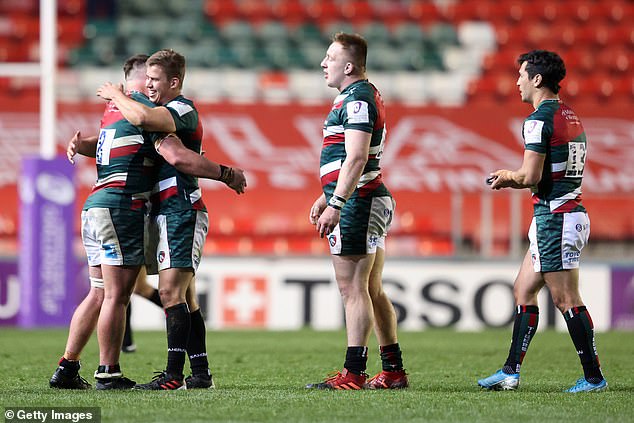 Ford demonstrated his leadership credentials too, in front of Lions coaches Gregor Townsend and Steve Tandy. He is unlikely to force his way into the initial Lions squad, but he showed that he can be an influential and reliable stand-by option if required.

He may find himself up against former club-mates in the final as Leicester may face Bath, who take on Montpellier at The Rec tonight. Whoever they face, this is a sign that the overhaul carried out by Borthwick at the East Midlands club is starting to bring tangible returns.

‘It is a good achievement,’ said Ford. ‘We’ve done alright to get to this point. We’ve given ourselves an opportunity to win a trophy. I am really proud of the boys to stick at it and come back like we did in the second half.

‘It was definitely the physicality and the collisions that let us down (in the first half). We were pretty passive and Ulster came at us. The pleasing thing is we got a reaction. Maybe in the last couple of years we wouldn’t have got that.’ 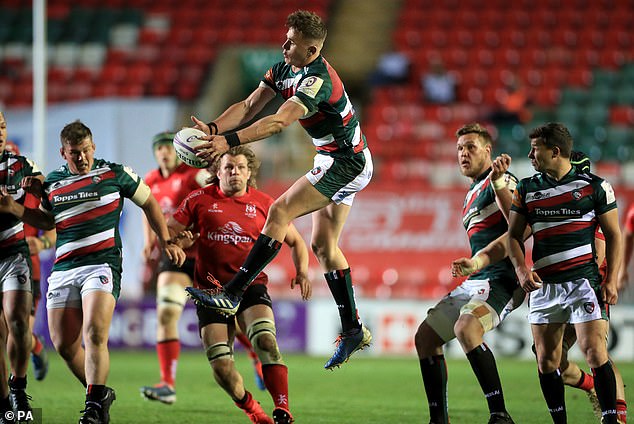 Asked what it would mean for the club to go on and win a European title for the first time since 2002, Ford added: ‘It is going to mean a lot. We want finish this off now.’

Leicester’s feat was down to more than one man. This performance served as another showcase of Freddie Steward’s emerging talent – especially his aerial prowess – and the rookie full-back is surely on track for an England debut in the near future.

Up front, Red Rose prop Ellis Genge was a thunderous, try-scoring asset to the Tigers and may yet be of interest to the Lions too.

Leicester would have been wary of these opponents, given their dire European record against them. In 10 previous encounters, Ulster had won seven times. Some of the worst indignities ever suffered by the Tigers had occurred against this Irish province, notably 33-0 and 41-7 defeats in Belfast. 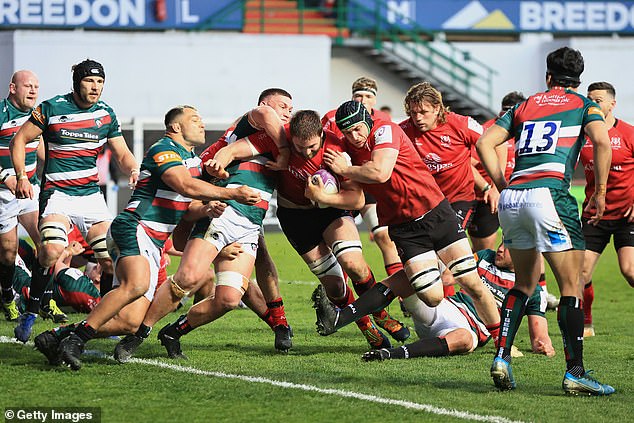 Dan MacFarland’s side seized control last night with two first-half tries while Tigers captain Tom Youngs was in the sin bin. Ulster’s skipper and Lions lock contender Iain Henderson was forced over for his side’s opener before Billy Burns darted through a gap to score on the left. John Cooney’s conversions made it 17-6 at the break.

But Leicester were transformed after half-time, as Borthwick made three pack changes and his players came to life.

Nemani Nadolo – under-used in the first half – carried forcefully to ignite a sweeping raid which ended with Jasper Wiese going over for a try converted by Ford. 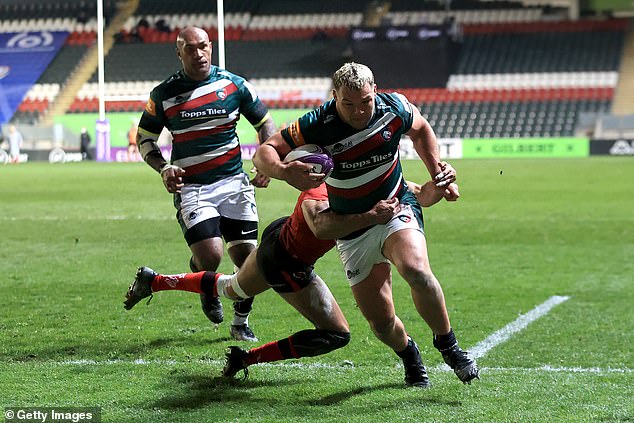 A 50th-minute penalty by the hosts’ No 10 narrowed the Ulster lead to one point and the force was with Leicester.

Sure enough, they went ahead soon as Steward again threatened and Ford’s superb long pass allowed Genge to finish. Ford converted and added a drop goal to take the Tigers more than a score clear.

Ulster would not go quietly and 12 minutes from time, No 8 Nick Timoney galloped 35 metres for a try which Michael Lowry converted to set up a grandstand finale. But Leicester quelled the up-rising as Guy Porter touched down on the right and Ford landed the wide conversion with aplomb.