Leinster are star-gazing once more in Europe ahead of the defining match of their season, but know that defending champions Exeter will not have their head in the clouds on Saturday.

The four-time Heineken Champions Cup winners go to Sandy Park in the quarter-final full of respect for the English.

Asked if Exeter would be hungry for another big European scalp after winning the Cup last autumn for the first time, Ireland and Lions tighthead prop Tadhg Furlong said: ‘It goes either way for teams. They lay back on their laurels and expect it to happen and forget all the hurt that they have had over the years. 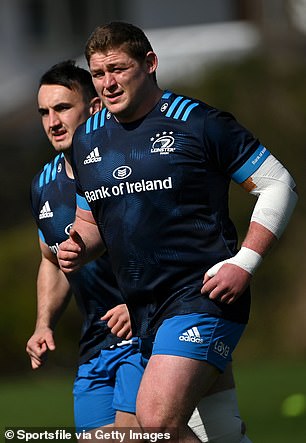 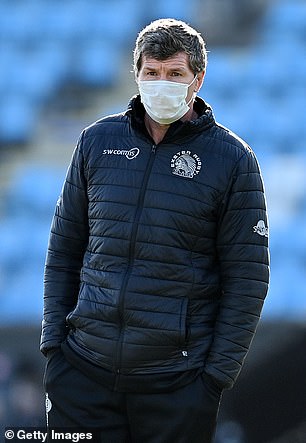 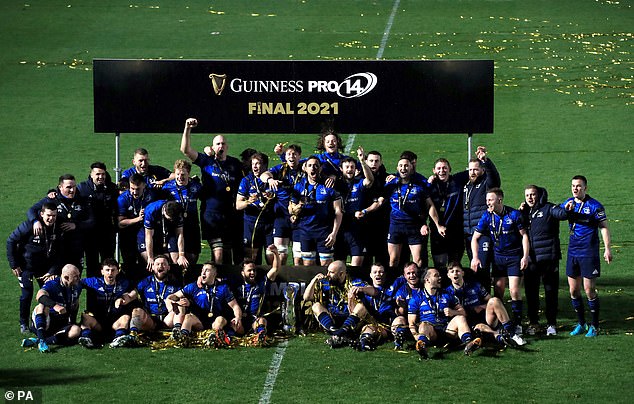 ‘Or it gets so pent up and they want it so much and they go back and attack it again. I certainly think Exeter are in the latter camp.’

Leinster may have four stars on their chests, after titles in 2009, 2011, 2012 and 2018, but Exeter boss Rob Baxter — who has brought Ben Moon and Tomas Francis into his starting XV — is not worried by history.

‘It’s a very significant challenge, but is it any bigger than last season?’ said Baxter.

‘You’ve got to get perspective and move on from the history of seven, eight, nine or 10 years ago. Leinster were the first team we played in the Heineken Cup in 2012 and they sneaked through 9-6 over in Ireland. Since then we’ve met a few times and they’ve come out on top, but we’ve moved on to a degree. 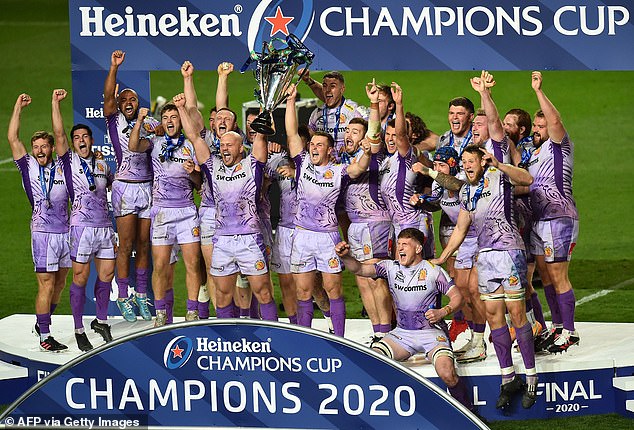 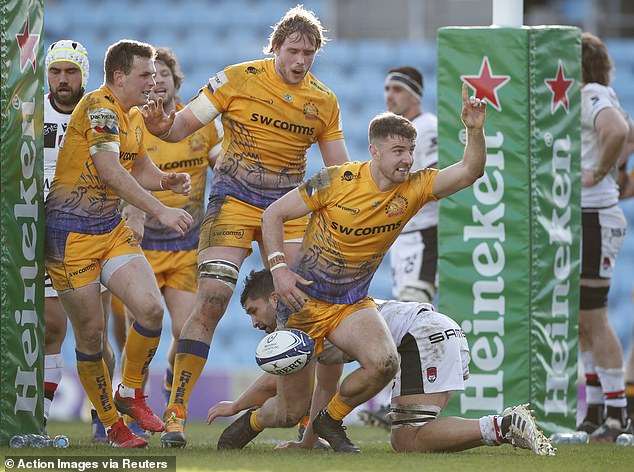 ‘I’m not saying we’re meeting on a level playing field, but it’s far more level than to talk about history too much. It’s about the here and now.’

Furlong knows that success in Europe is the be-all-and-end-all for Pro14 champions Leinster, who were knocked out by Saracens last season.

‘It’s such a barometer of where we’re at,’ he said. ‘Because of our history it means so much to players and you want to be part of a group that challenges and tries to win more trophies.

‘The legacy has done it and you want to write it into our future as well. So it’s massive.’ 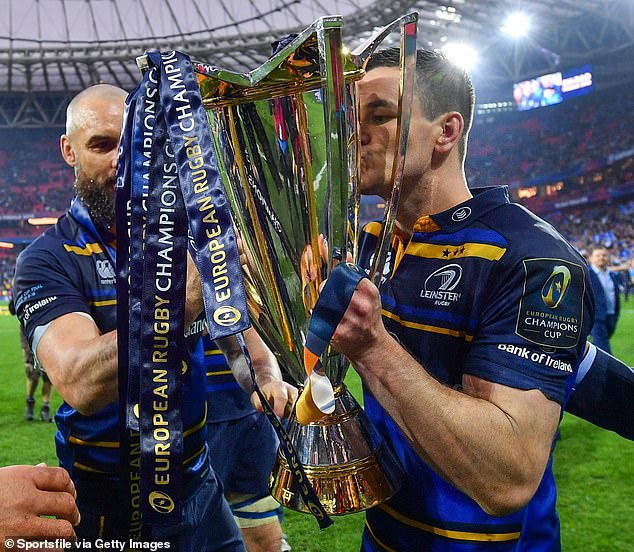 Leinster fly half Johnny Sexton (right) kissing the European Cup, which they last won in 2018