Barely a soul sat in the grandstands pinned on the tufty, sun-singed grass of the undulating Portimao track on Friday as Sir Lewis Hamilton put his name top of the practice times.

The Briton had declared his Mercedes ‘undriveable’ in the morning session, as he tarried in fifth place, but he finished 0.143 seconds ahead of the next best, championship rival Max Verstappen, in the afternoon’s preparation for the Portuguese Grand Prix.

Covid restrictions mean there is no crowd to witness the race — even if the cafe for those who are allowed in resembled an overflowing, crammed canteen. 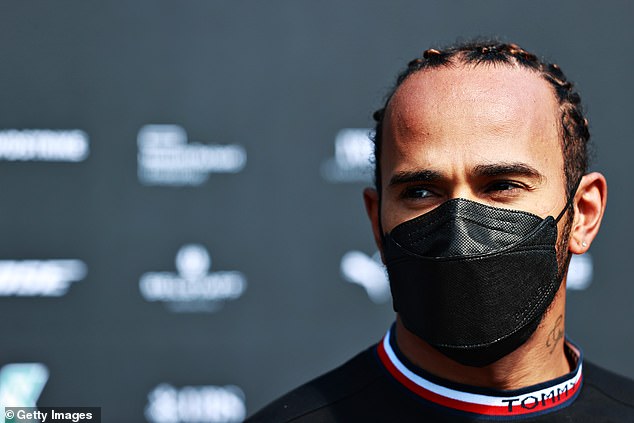 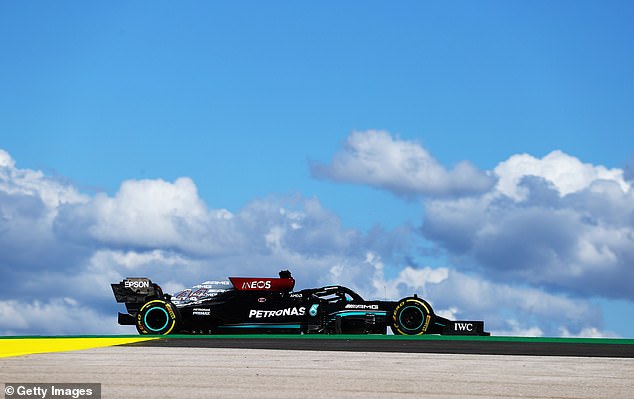 Hamilton finished 0.143 seconds ahead of the next best, championship rival Verstappen

They might as well have served us a garnish of virus-drizzled salad with our leathery steak.

Indeed, both members of Dutch TV channel Ziggo Sport are in quarantine after one tested positive for Covid, most likely brought over from home rather than contracted here.

Last October, there was joy as Hamilton won in emphatic style to record a world-record 92nd win, eclipsing Michael Schumacher by one victory. 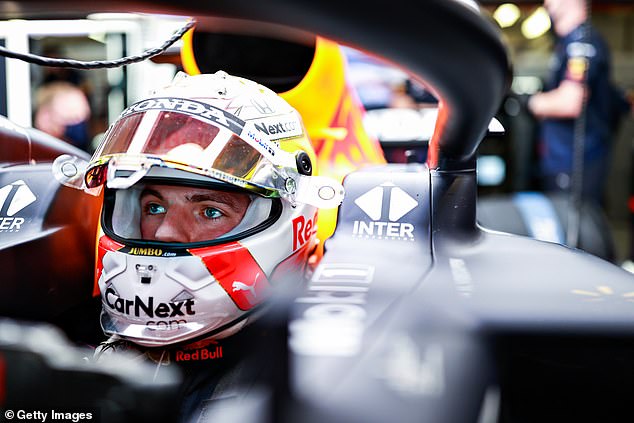 Verstappen, 23, said his car was ‘impossible to drive’ during first practice in Portugal

This weekend the champion’s behaviour has been subdued if not a little contrary. He raised eyebrows among photographers who waited at the paddock gates on Thursday.

His 4 x 4, driven by his physio Angela Cullen, pulled into the car park and pointed towards the entrance. But, after Lewis espied the waiting cameras, Angela reversed out and took the less-travelled route down the side of the paddock.

Why the evasive games, nobody knows. On Friday, the champion darted in through the side entrance again, hiding his features as far as he could in a Mercedes-issue long black coat. Take that, snappers! 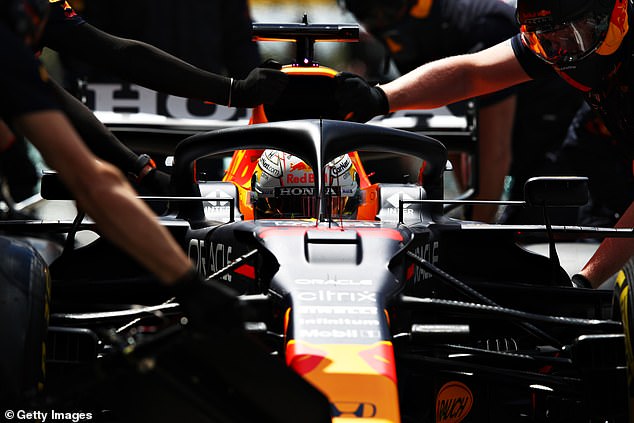 This strange lack of cooperation with people he has known and worked with for years spilled over into the press conference when he pretended not to understand a straightforward warm-up question asking him to assess the relative competitiveness of his car and the Red Bull of Verstappen.

A better answer of sorts was supplied over Friday’s two hours of practice: there is little to choose between the leading machines, reflecting the season’s early nip-and-tuck nature.

Just a point separates the pair — each of them having won one of the two opening rounds. In the morning running, Hamilton called for ‘serious changes’ to cope with Portimao’s ‘rollercoaster’ demands. Even in the afternoon, in a cool breeze, he was unhappy with the car. 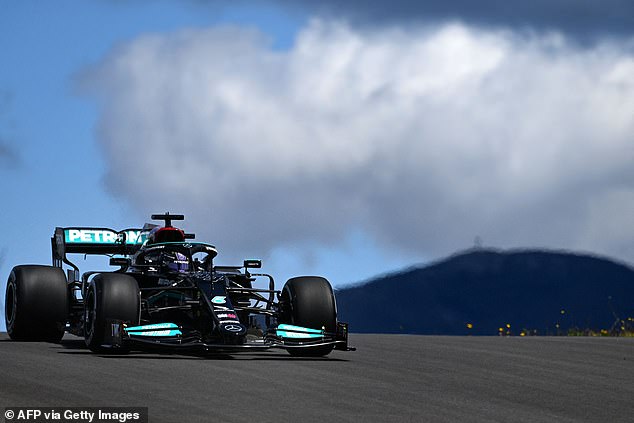 Hamilton encountered problems of his own in first practice, telling Mercedes his car needs ‘serious changes’

‘Everyone struggled with the balance today,’ said Hamilton. ‘It’s hard to say if it was wind or the car or the track. ‘I don’t know how Max’s lap was. Mine wasn’t perfect. I think it will be close.’

Verstappen had his own bumps to contend with. ‘What a joke,’ the Dutchman radioed back. ‘I cannot see where I am going because of the vibrations.’

Told to stop if there was a safety concern, he replied: ‘It is OK, I will just visit the dentist after the weekend is over.’

Behind the top two came Valtteri Bottas in the other Mercedes. The Finn was more than three-tenths back, offering little convincing evidence that he can prevent Hamilton notching his 100th pole on Saturday. 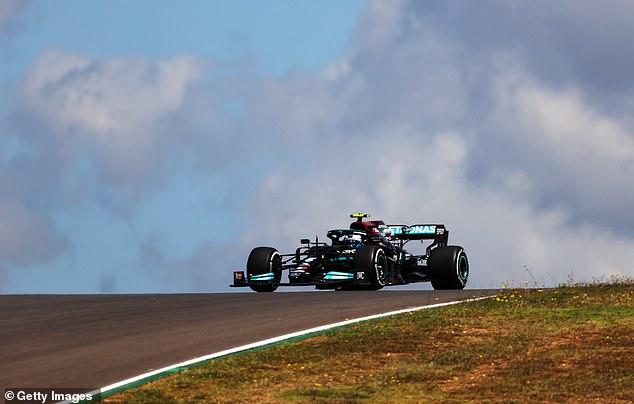