Charles Leclerc crashed his Ferrari at 110mph after setting the fastest lap in qualifying for the Monaco Grand Prix.

It should have been a dream day for the local boy — the first Monegasque to claim pole here since Louis Chiron in 1936 — and an afternoon of renewal for the Italian team, with even Lewis Hamilton condemned to seventh and pointing a reproving finger at his Mercedes boys.

But with just 16 seconds of the action left, Leclerc caught his front right wheel on the Armco at the entry to the swimming pool chicane, destabilising his car as it scuttled over the kerb and then banged into the barrier. 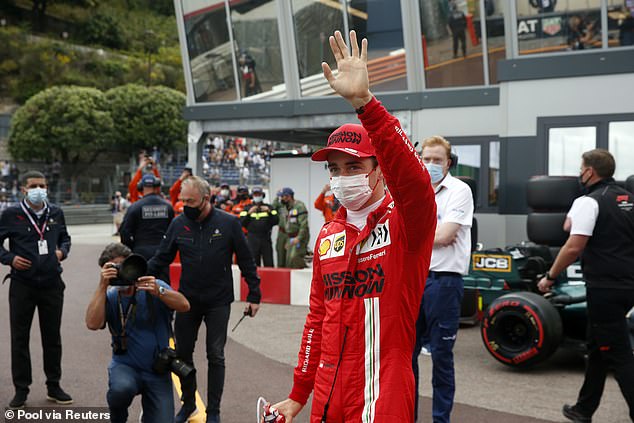 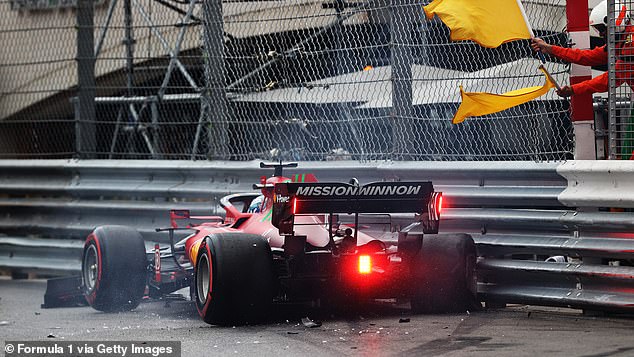 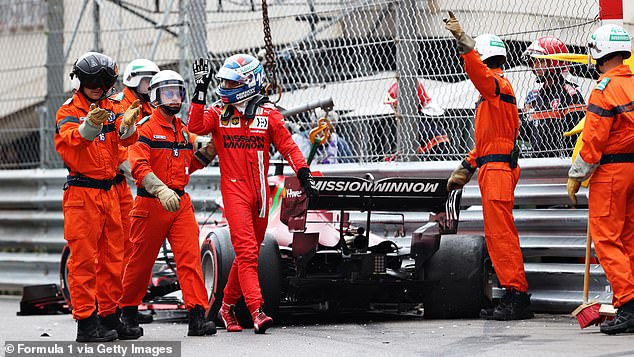 The session was called off and so Max Verstappen, going like gangbusters in the Red Bull and up on Leclerc’s time, was denied the chance to pip the Ferrari star to pole. The Dutchman expressed his disgruntlement over the radio in a fluent blast of Anglo Saxon.

As for Leclerc, he was uninjured. His car, though, was beaten up badly enough for his mechanics to spend the next three hours assessing whether it required a new gearbox.

They will look at it again this morning and, if they need to change it, that carries a five-place grid penalty and would erase his first pole since 2019.

All this transpired at the very pool where Leclerc learned to swim, down the road from his apartment by the start-finish straight.

Watching was Ferrari chairman John Elkann — who is pretty much royalty in Italy as the favoured grandson of Gianni Agnelli — and driver and boss talked in the paddock afterwards sharing optimism and disappointment.

The long Netflix microphone recorded their conversation to be revealed at some later stage. Yet Leclerc was surprisingly cheery and took the applause of the fans on the other side of the fence, by the Stars ‘N’ Bars restaurant, hollering for his autograph. He obliged them all and came over to talk to the assembled press.

There were a few whispers about the accident. Nothing more. Nobody would go on record to say he had crashed by design. The majority thought it an honest mistake.

For example, how could he have brushed the wall on such a minute spot, and why take the risk of injury and the possible penalty to start first rather than second? Some of us thought back 15 years to the day Michael Schumacher spent the night trying to persuade the stewards that he had not stopped on the racing line intentionally at La Rascasse to prevent Fernando Alonso beating him to pole. 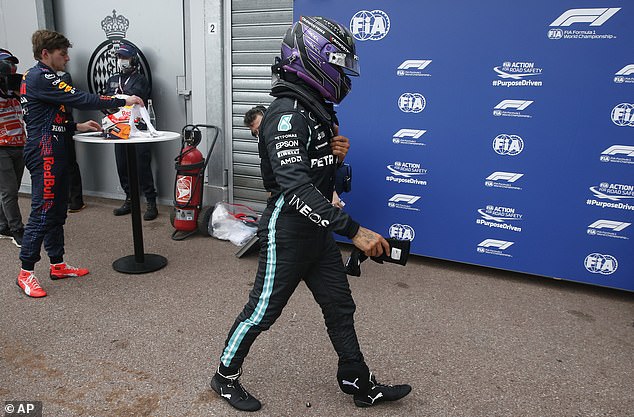 It was a nightmare qualifying session for Hamilton, who will start the Grand Prix in seventh 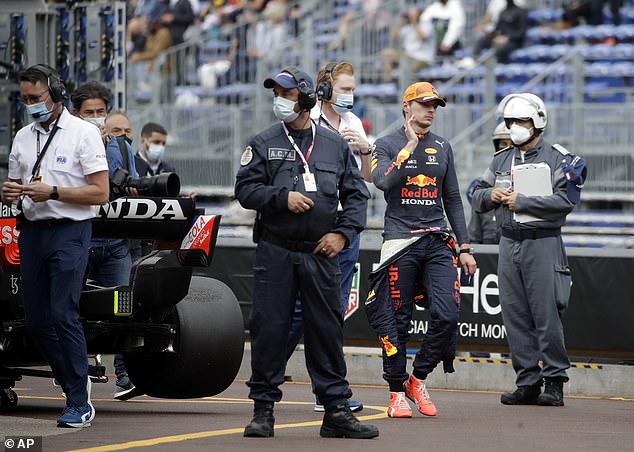 Schumacher did act deliberately — I know that for a fact. The stewards thought so and plunged the German to the back of the grid.

Leclerc answered what was no more than a hint of accusation with immaculately good manners. ‘If I was doing it on purpose, I’d have done it a little less hard, not at that speed,’ he said. ‘I would have been a bit cleverer about it.’ As I write, Verstappen will start second on the grid, Valtteri Bottas third.

And now to Hamilton, who cut a disconsolate figure after his disappointing afternoon. ‘If it is dry there is not a huge amount we can do,’ said the champion. ‘A lot of the work gets done on a Saturday, so I’d definitely say we’re out of contention for the win.

‘We as a team didn’t do a good enough job. It is frustrating because it leads you down a path where there are no gains. There will be some tough discussions that I’ll have with my engineers tonight or maybe after the weekend because there are things that should have been done but have not been done.

‘I cannot say too much because I don’t want to be critical of the team, but behind closed doors I will be and we’ve got to work harder.’ 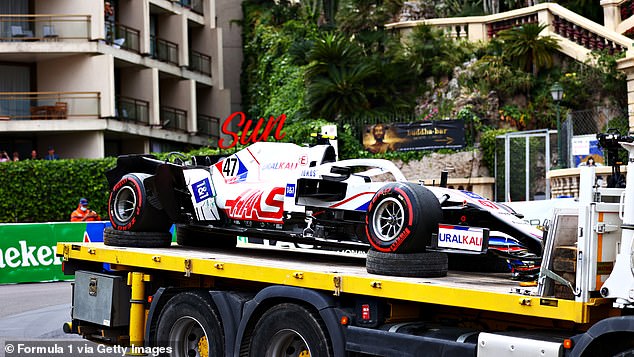 Hamilton had finished first practice on Thursday in third place, and then it all ran away from him. He added: ‘We made some changes trying to move the car into a better place but it was worse than ever so we really lost our way from Thursday.’

Mick Schumacher will start last after crashing on the exit of Casino Square in practice earlier in the day. He veered off the track and hit the barriers hard, his Haas car a partial wreck. His machinery could not be mended in time for qualifying.

The German appeared to be in tears and was consoled by his team as he entered the garage but happily he was not badly hurt.

RELIVE ALL THE LIVE ACTION FROM QUALIFYING BELOW…