This win — Lewis Hamilton’s 97th — will not linger in the memory among his most extraordinary, but as a demonstration of relentless, metronomic, rival-destroying reliability, it will do just nicely.

When the Portuguese Grand Prix was over, the man who knows Hamilton’s driving best, the only team-mate who ever bettered him in a title contest, hoofed it across the paddock — destination the airport — to deliver his verdict.

Nico Rosberg, the 2016 champion, stopped to tell Sportsmail what it must be like inside the mind of Max Verstappen, the Red Bull driver who was beaten into second place yesterday in the sun-lit Algarve. 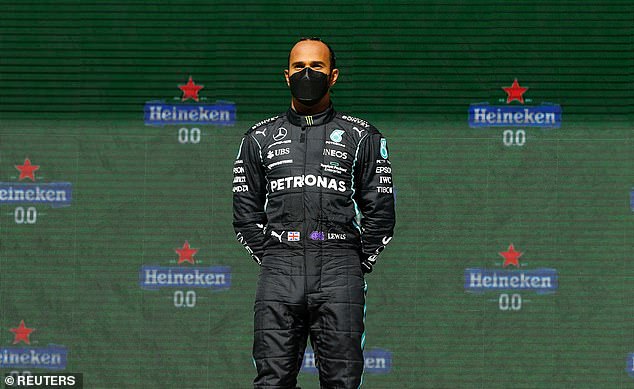 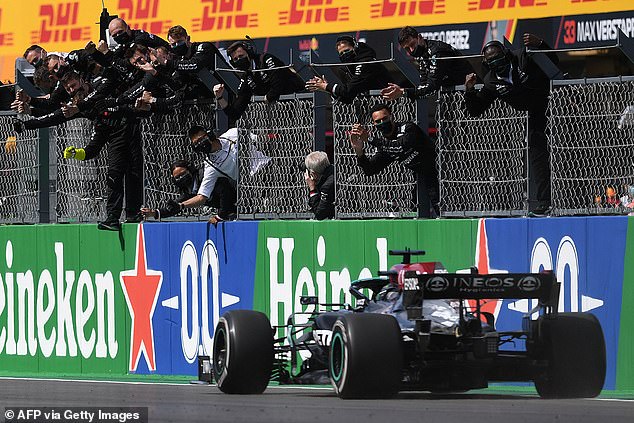 ‘It is only when you are up against Lewis, in close combat, in cars that are about as fast as each other, that you really get to understand how good he is.

‘In a few years’ time we will look back and say that Max is an all-time great, one of the top 10 drivers in history. Yes, he could possibly beat Lewis this season, of course, but he is making a few mistakes and that is something he cannot afford to do.

‘He will need to be absolutely perfect to win the championship.’

Well, the Dutchman was not perfect this weekend and he is eight points back in the standings after three races as a consequence. He exceeded track limits in qualifying, his time erased, and started third. And yesterday he made a mistake coming into lap 11, which allowed Hamilton to execute his decisive move at 200mph.

The seven-time champion slipped his Mercedes up the inside of Verstappen at the first corner and then held the younger man off as he tried to wrest back the place at the fourth corner. Hamilton stuck his elbows out, and that was his rival dealt with. 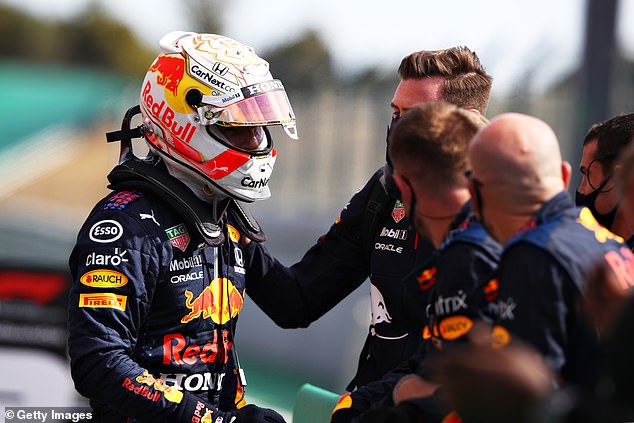 LANDO NORRIS IS FLYING FOR MCLAREN

The 21-year-old Briton has now finished fourth, third and fifth for McLaren this season to leave more lavishly paid stars trailing in his slipstream.

So what’s behind his maturing performances? ‘It’s just racing and golf for me,’ he half-joked.

In fact, his golf is coming along, too, if from a far lower ebb. Before travelling to Portugal he carded his best back nine – eight over.

As for his racing, Norris said: ‘I am working really hard with my engineers, on the sim, and I feel confident in the car. I have a better understanding of it all, how to look after the tyres, when to push. Things will probably go wrong at some stage, but I feel in control generally.

‘This is my third season and experience helps. With Carlos (Sainz) going to Ferrari and Daniel (Ricciardo) coming in, I have a fresh start and more responsibility, and that is helping me.’

On Sunday in Portugal, the Somerset-born racer moved up two places from seventh on the grid to go five points clear of Mercedes’ Valtteri Bottas, while Ricciardo finished the afternoon in ninth place.

Finally, as the race reached its end, Verstappen came in for new soft tyres in an attempt to set the fastest lap. He thought he had managed it, only for his effort to be wiped off. He had crossed the track boundaries again. Small margins, little things.

‘Lewis was phenomenal,’ said Rosberg. ‘Of course these things can get into your head when you are racing against him.’

Verstappen, shifting uneasily in his chair at the post-race press conference, said: ‘I don’t need Nico to make me realise how good Lewis is. I know he is very good otherwise you don’t win so many championships.’

There should be respect between them all. Rosberg was offering an honest viewpoint, while Hamilton and Verstappen — for now, at least — are engaged in a friendly fight.

The story of Hamilton’s race was this: he started second, behind Valtteri Bottas, his team-mate, who finished third. He was passed by Verstappen early on but soon avenged that in the manner described above.

Next in his sights was Bottas, who started on pole and was then the leader, but always such a fragile one.

Hamilton darted to the left in the braking zone at Turn One and passed the Finn on the outside. He immediately put his foot to the floor, stretching into a lead he never remotely looked likely to squander.

Bottas, overtaken by Verstappen halfway through the race, finished third, albeit taking the consolation of setting the fastest lap on fresh rubber once Max’s trans-gression had cost him that point.

Hamilton has now won two races to Verstappen’s one this season, with the Spanish Grand Prix coming up in quick order in Barcelona on Sunday.

‘It is a great fight between Mercedes and Red Bull and it is clear we will be pushing each other right until the last race,’ said Hamilton. ‘We will be sick of each other by the end, I imagine.

‘None of us here is under an illusion as to just how hard it is out there and how close the battle is. We are all giving absolutely everything in our day-to-day lives to be best prepared to deliver at the weekend.’

What else happened on the undulating track? Kimi Raikkonen lackadaisically drove into the back of his team-mate Antonio Giovinazzi’s Alfa Romeo at the end of the opening lap, bringing out a safety car. It was at the restart that Verstappen made his pass on Hamilton. 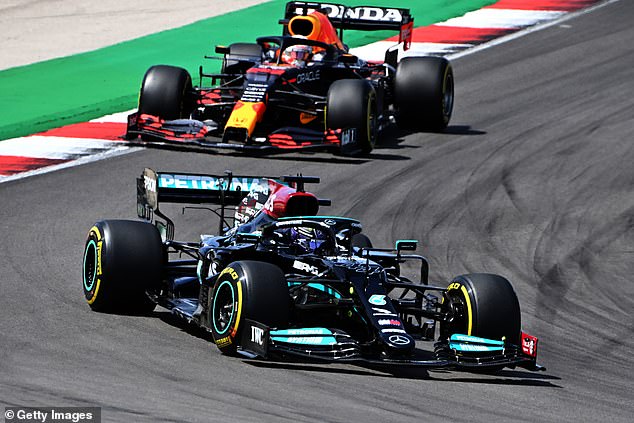 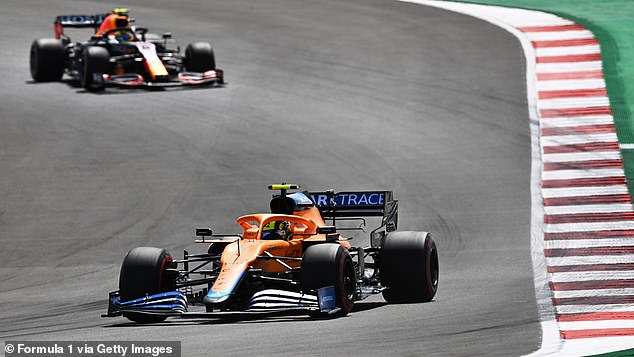 The two men will duel it out all season in what looks to be a closed fight, with neither Bottas nor Verstappen’s team-mate Sergio Perez, who finished fourth here, suggesting they will be involved in the final reckoning.

‘It has been really cool,’ said Verstappen. ‘When you race a driver that you know you can go to the absolute limit with, and you trust each other, it is really nice. With Lewis I have never thought I am going to crash.’

‘I second that,’ replied Hamilton. ‘We will continue to keep it clean and on the edge.’

Re-live Sportsmail’s Ieuan Ivett’s live Formula One coverage of the Portuguese Grand Prix, including build-up, live updates and the result.