A strangely tactical race appeared to fall in the direction of the Red Bull driver, only for Hamilton to produce one of the great defensive drives of his life.

In a titanic scrap, Verstappen almost passed Hamilton with three laps remaining. Hamilton refused to budge. Verstappen ran wide at Turn 4 as they contested the lead. 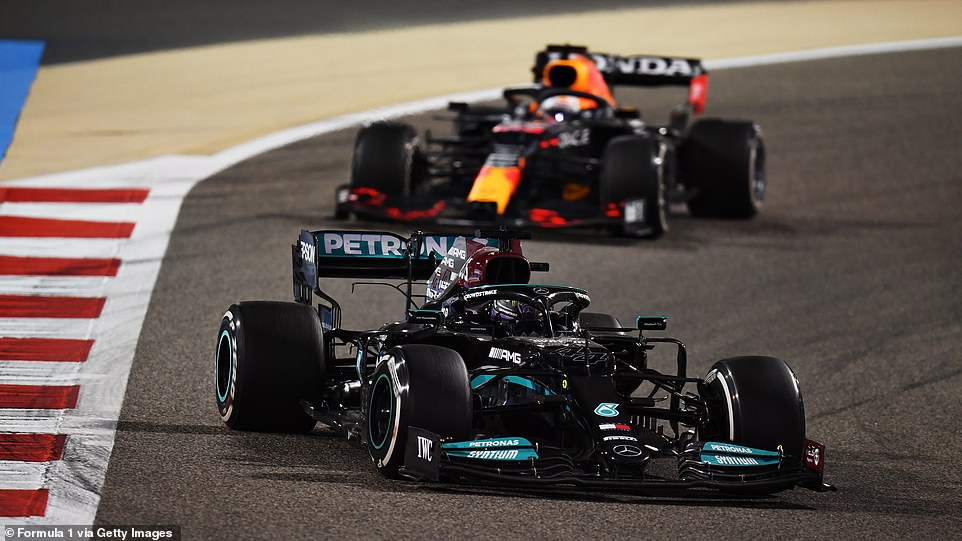 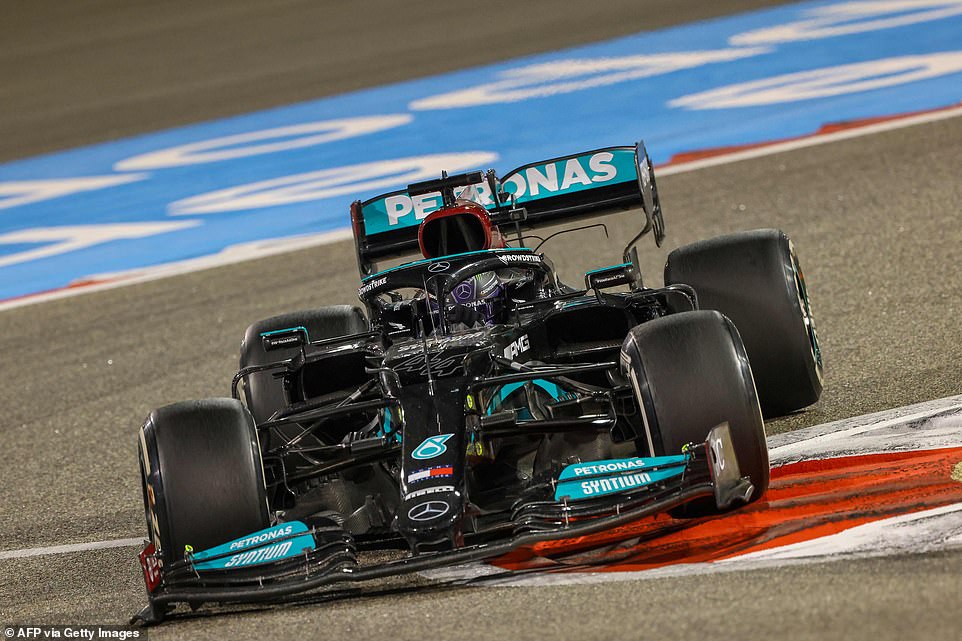 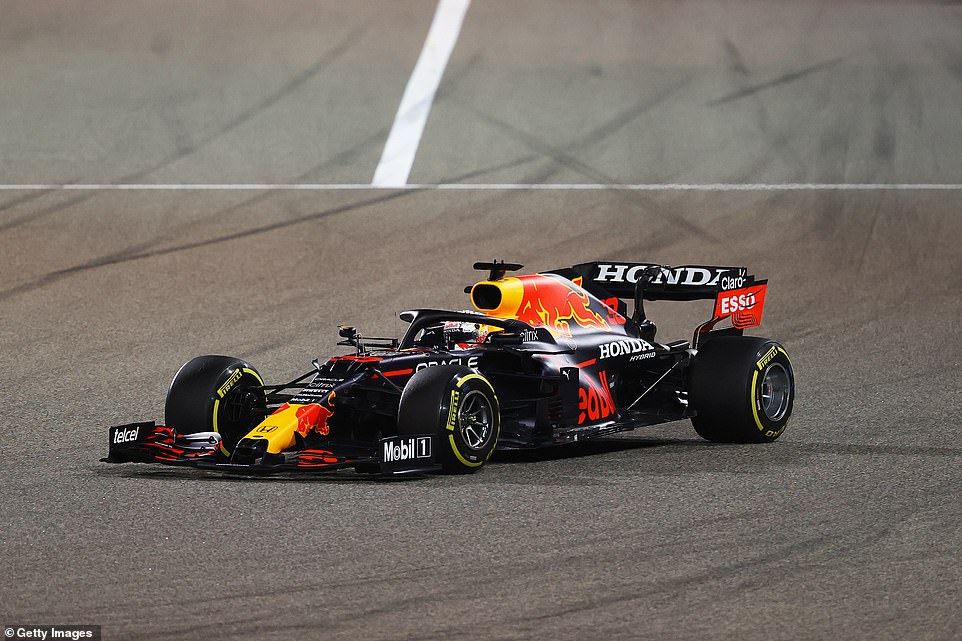 Verstappen, who started on pole, was just unable to make up the ground but is expected to challenge Hamilton for the title

The Dutchman took the advantage but handed the place back for having left the track on the instruction of race control.

He came again, pressurising Hamilton, but to no avail.

It was a brilliant drive by the Briton in a marginally slower car, a case of man rising above machine. It was his 96th win.

Until then, the race was a chess match with Hamilton twice leading after making his two stops earlier than his rival. In the end Verstappen had 16 laps to reel in the Silver Arrow ahead of him. Shod on hard tyres 11 laps fresher than the world champion, he moved in for the kill before missing his moment. 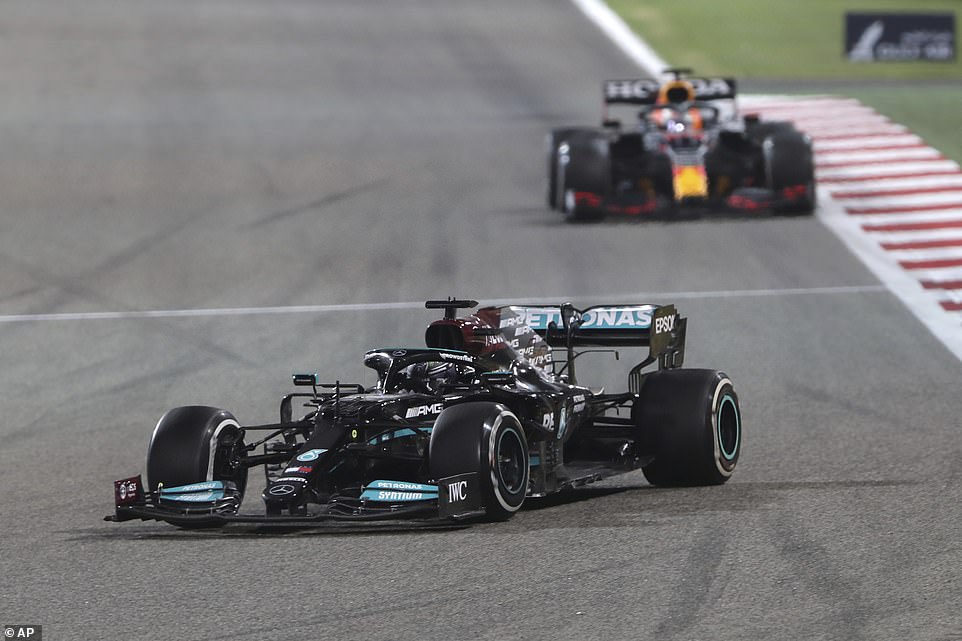 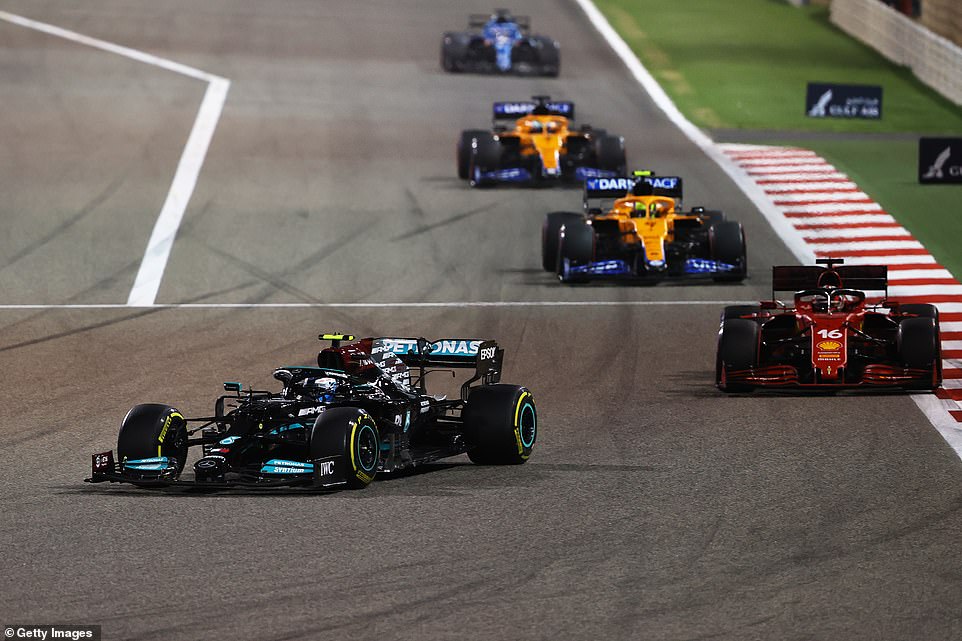 Valtteri Bottas secured the final spot on the podium, but had finished well behind the top two following an abysmal pit stop 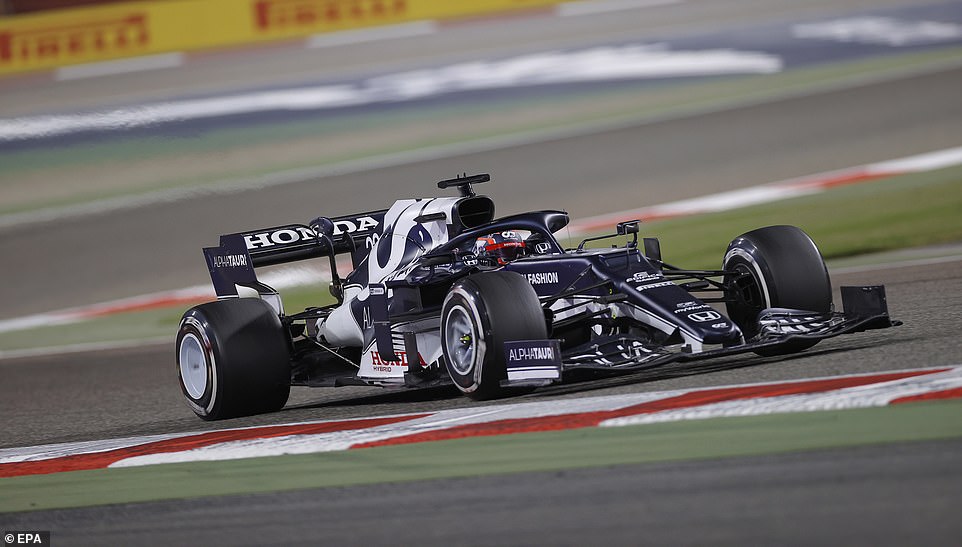 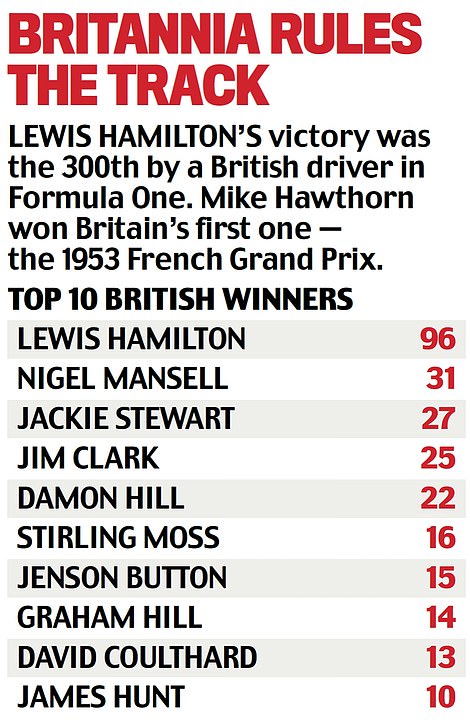 Both Verstappen and Hamilton drove well, providing rich hope for the season ahead. The eventual runner-up, who complained of problems with the throttle early on, had superior speed at his disposal and used it expertly until the final act of the night when he was marginally second best.

Verstappen had started well from pole and after a safety car phase – he planted his car right in the middle of the racing line to thwart any advance Hamilton was attempting from behind.

Nikita Mazepin hurtled off on the first lap, losing control of his Haas, but the Russian was uninjured. Mick Schumacher also spun in the same machinery but carried on to finish 16th and last on his debut.

Fernando Alonso, returning to the sport aged 39, retired from the race when the brakes on his Alpine gave up on him.

Sebastian Vettel, in his first drive for Aston Martin, was in the wars, damaging his front wing in a collision with Esteban Ocon in the second Alpine. 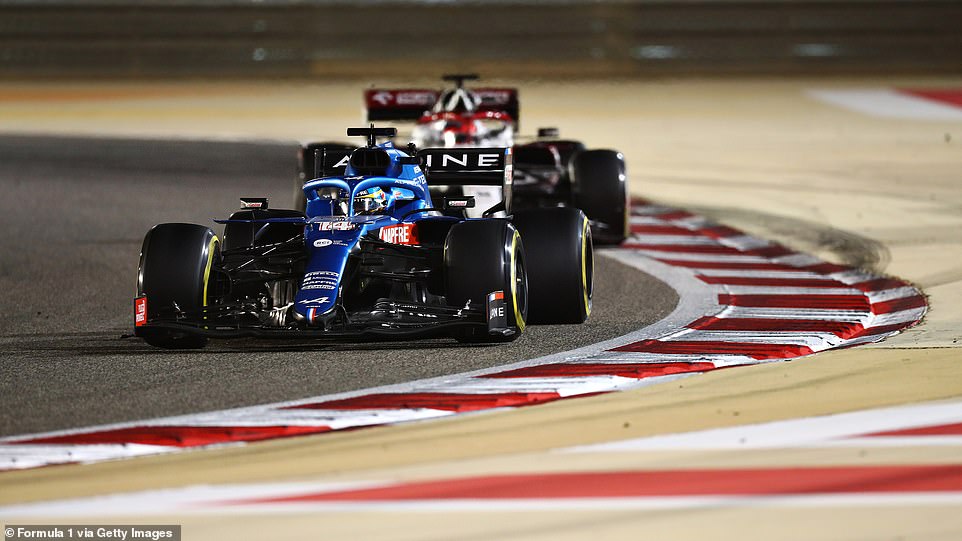 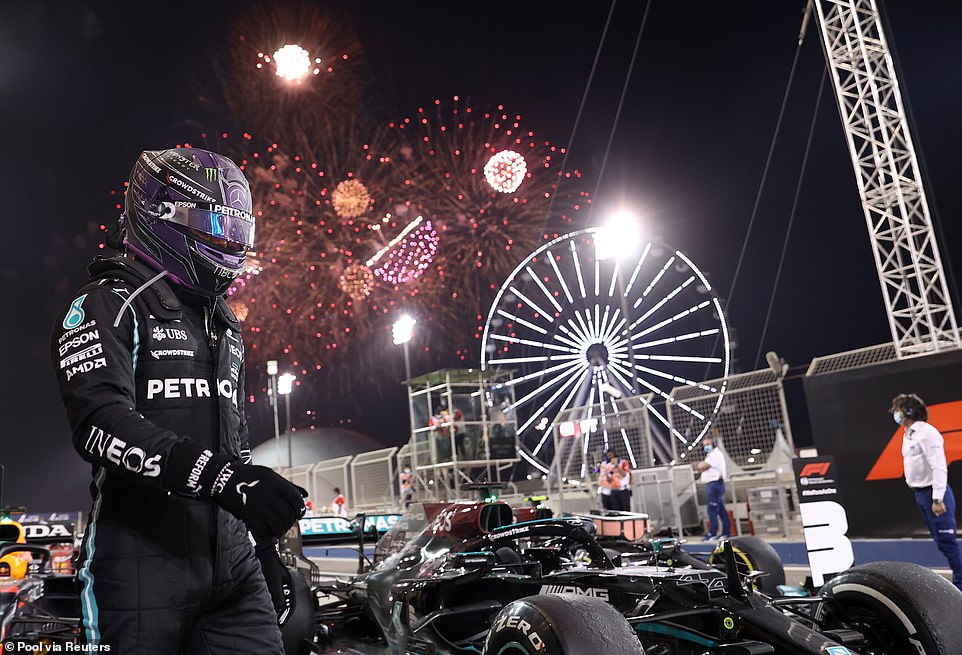 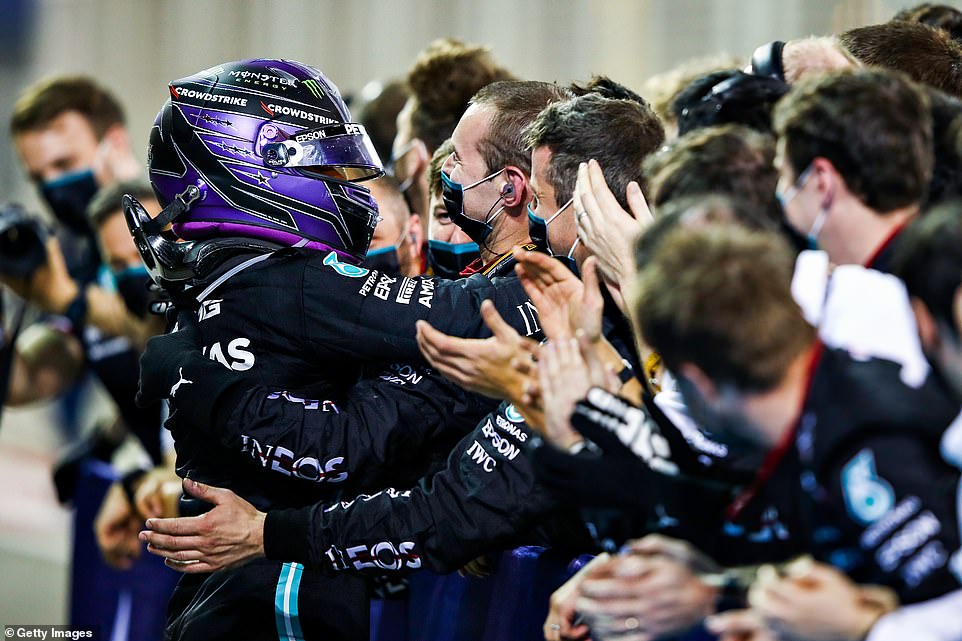 The race winner, in search of a record-breaking eighth world title, was embraced by his Mercedes colleagues after winning