During the County Championship’s first round of matches, McManus removed the bails with his left hand while he clutched the ball in his right, which was raised in their air appealing for a catch.

The incident on April 10 was highlighted due to the extensive streaming services now available in English domestic cricket and led to a complaint to the ECB by Leicestershire. 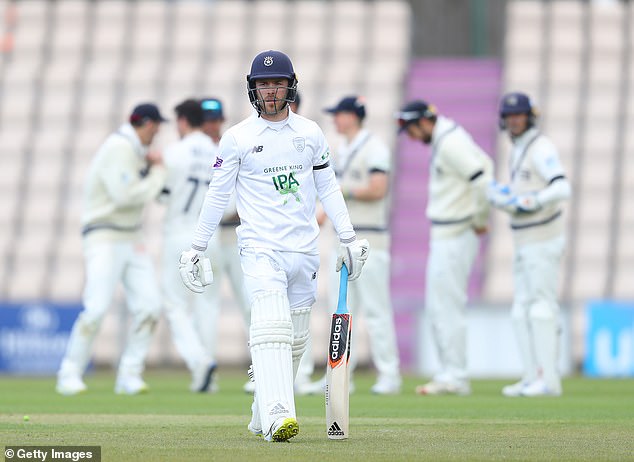 An investigation followed but no further action was taken above match referee Stuart Cummings’ judgement that McManus’ role in Azad’s dismissal constituted misconduct at the same level as showing serious dissent at an umpire’s decision, using obscene language, or deliberately making physical contact with another player.

Such level two offences carry a three-point penalty, with an accumulation of nine points in a two-year period resulting in a suspension.