It is impossible to pick a Lions squad without putting a few noses out of joint, which Warren Gatland is well aware of as he prepares for his third tour as head coach.

This year, however, there are even more unhappy players and fans than usual with Gatland naming a streamlined 37-man squad to limit the risk of a Covid outbreak.

Throw in some shock selections like Bundee Aki, Chris Harris, Jonny Hill and Jack Conan, and you have a very strong XV of snubbed players that would fancy their chances of giving world champions South Africa a run for their money – and certainly wouldn’t mind a shot at Gatland’s favoured 15 for the first Test.

We’ve not included any players who will definitely be unavailable in the summer in the team below, so there’s no room for injury victims like George North and Joe Launchbury, while England scrum-half Ben Youngs is not available for family reasons. 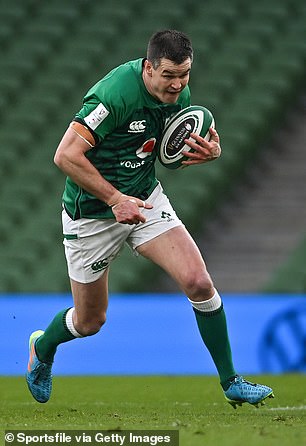 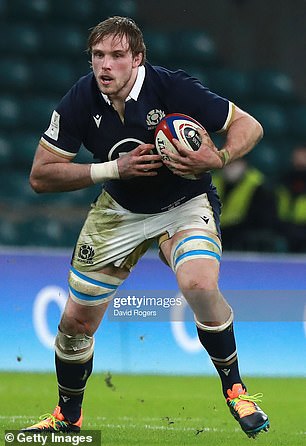 OK, so we start with a player out of position, but don’t be disheartened. Slade has shown for England and Exeter that he’s a capable full-back with a magic left boot and will certainly feel aggrieved not to have made the squad given his versatility, creativity and proven international pedigree.

Slade’s Exeter team-mate Nowell won two Lions caps off the bench in 2017 and having returned from a toe injury that saw him miss the Six Nations, many expected him to make the squad. Alas, Gatland has deemed two matches for his club not enough, but he’s likely to be front of the queue as an injury replacement.

Like Nowell, Tuilagi is a favourite of Gatland’s who looked set to return from injury just in time to make the squad. He is expected to be back from an achilles problem – which also saw him miss the Six Nations – this month but Gatland has opted not to gamble, instead selecting Aki as a crash-ball option. Garry Ringrose can also count himself unlucky, having kept Aki out of the Ireland team for the Six Nations. 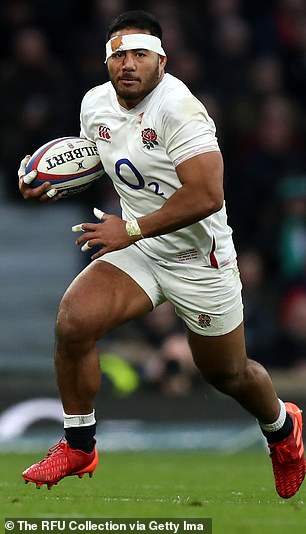 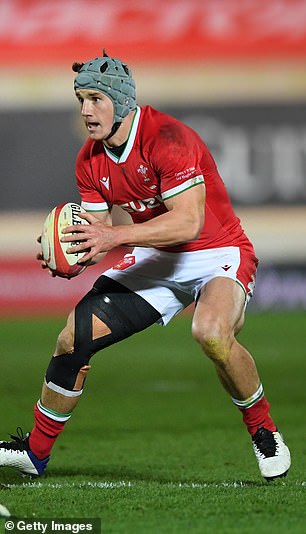 Arguably the biggest surprise of them all was Davies’ omission, given he was such a key part of the 2017 and 2013 teams and his close relationship with Gatland. His powers are on the wane aged 33, but even if Gatland was not planning to start Davies, he would have expected to have at least made the squad.

One of several England players who Gatland and Eddie Jones disagree on, with Jones considering May a key man for the Red Rose and Gatland snubbing him for the second tour in a row. Ireland duo Keith Earls and Jacob Stockdale also miss out, with Gatland opting for the bulk of Scotland’s South Africa-born Duhan van der Merwe. 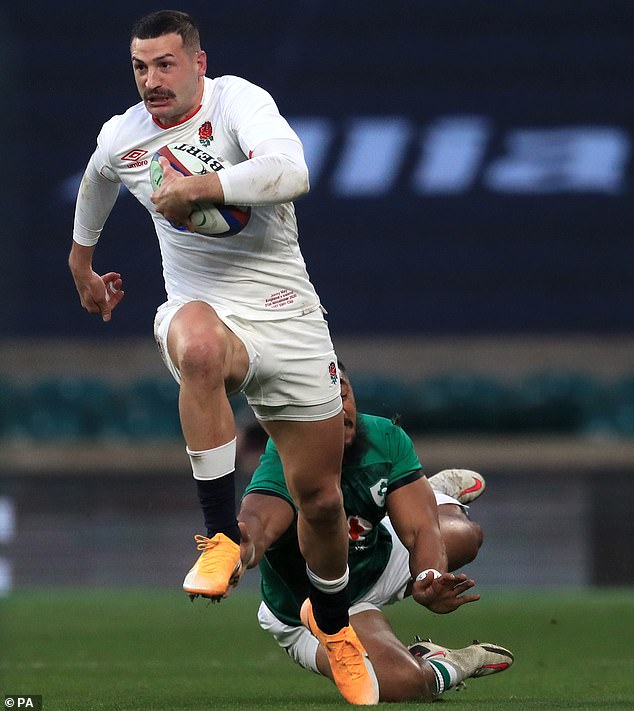 One of Gatland’s toughest calls will have been leaving Ireland’s talisman out, but with his 36th birthday before the first Test and fear of a repeat of Sexton’s concussion and injury problems, Gatland has chosen the safe option of Dan Biggar to complement the maverick skills of Finn Russell. Ask yourself this though – all fully fit in a third-Test decider, who would you want wearing the No 10 shirt? England’s George Ford is another player who Gatland does not hold in the same light as Jones.

Rumours were circulating that Care – 34 and without an England cap for over two years – was set to be a left-field pick to replace the unavailable Youngs, but Gatland has gone for the safer route of selecting three incumbent No 9s from the Six Nations, despite none being in top form. 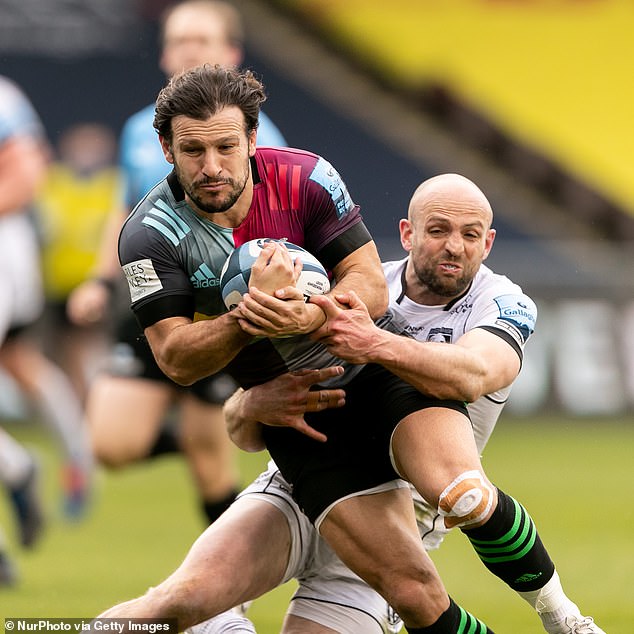 Loosehead prop is another position where Gatland is blessed with plenty of options, and few can criticise the selection of in-form Welshman Wyn Jones or 2017 Lions hero Mako Vunipola. The third spot was up for grabs, however, and veteran Healy missed out to Scotland’s Rory Sutherland, with England duo Joe Marler and Ellis Genge also overlooked.

Hooker was probably the least controversial of all of Gatland’s selections, with Wales’ Ken Owens being joined in the squad by the dynamic England duo of Jamie George and Luke Cowan-Dickie. Herring impressed in Ireland’s win over England, but hasn’t really nailed the down the No 2 jersey for his country, with Ronan Kelleher vying for his place and also missing out. It’s a similar story in Scotland with neither George Turner nor David Cherry making themselves undroppable.

Along with Davies, the biggest surprise was not seeing Sinckler’s name on the squad list. So much so that it took many of us a while to notice he wasn’t there! No one had the Bristol man, who made his name on the 2017 tour, as anything other than a certain pick. Perhaps the only logic in picking Andrew Porter and Zander Ferguson ahead of him was England’s poor scrummaging performance during the Six Nations. 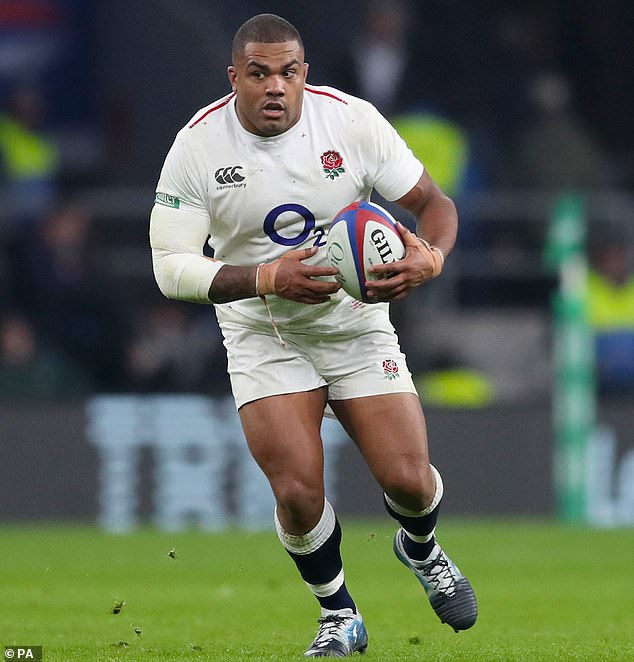 A consistent performer for several years for Ireland – it’s hard to believe he’s still only 24 – Ryan was in many people’s starting XVs, before a concussion-hit Six Nations in which Alun Wyn Jones and Maro Itoje reasserted their statuses as the best locks in the northern hemisphere. With those two certain to start and play the full 80 if fit, Ryan’s lack of versatility has worked against him, with Gatland perhaps opting for someone who would be happier to play for the midweek team in the shape of Jonny Hill.

For Gray, read Ryan. A model of consistency for country and club for so long – were anything to happen to Jones, many people would want the Scot to step in – but again he doesn’t also provide a back row option, as Tadhg Beirne and Courtney Lawes do.

Given Navidi’s versatility and Gatland’s instrumental role in his career for Wales, many expected the Cardiff Blues flanker to be a squad pick, if not a starter. He – as well as Peter O’Mahony and Jamie Ritchie – lose out somewhat surprisingly to Ireland’s Jack Conan.

John Navidi (left) has been overlooked, with Sam Underhill (right) also not selected

Again, Gatland has done what Jones hasn’t in snubbing the Saracens man in favour of Exeter’s Sam Simmonds. Few can argue that Vunipola is not one of the best No 8s in the world on his best form, but it has been years now since we saw it. Gatland has shown his ruthless streak in going with versatile players instead to cover first-choice Taulupe Faletau – who just happens to be Vunipola’s cousin.

Underhill misses out by the same logic which sees Tuilagi and Nowell not picked, with the flanker returning to fitness and form for Bath after missing the Six Nations but Hamish Watson’s showings for Scotland carrying more weight. Should he stay fit, he’s another who Gatland will surely look to get into his squad when injuries inevitably strike.