The clock was in the red when Smith danced through the Irish defence to pull off an escape act that should never have been on the cards.

And it helped Quins celebrate the 350 club appearance of Mike Brown, and Danny Care’s 300th, in style with the pair heavily involved in the win. 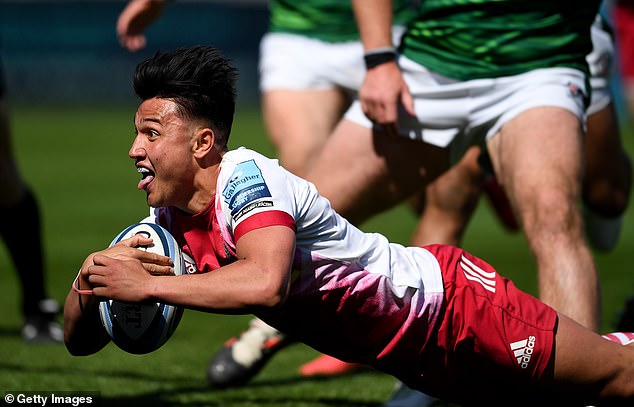 Ollie Haskell-Collins’ try looked like it had won it for the Exiles until Smith’s last minute heroics pulled it out of the fire.

In the lead-up to that score Marcus Smith had thought he was in business at the other end but a loose pass only found Irish scrum-half Nick Phipps on his 22.

Seconds later full-back Tom Parton was giving the scoring pass to his colleague in an exciting all-English qualified London Irish back three which also showcased the talents of wing Ben Loader here.

Smith, however, made up for it at the end.

But the win was marred by an injury to flanker Will Evans after 32 minutes. The flanker limped off after being double tackled and appearing to twist his knee and had to be helped from the field. 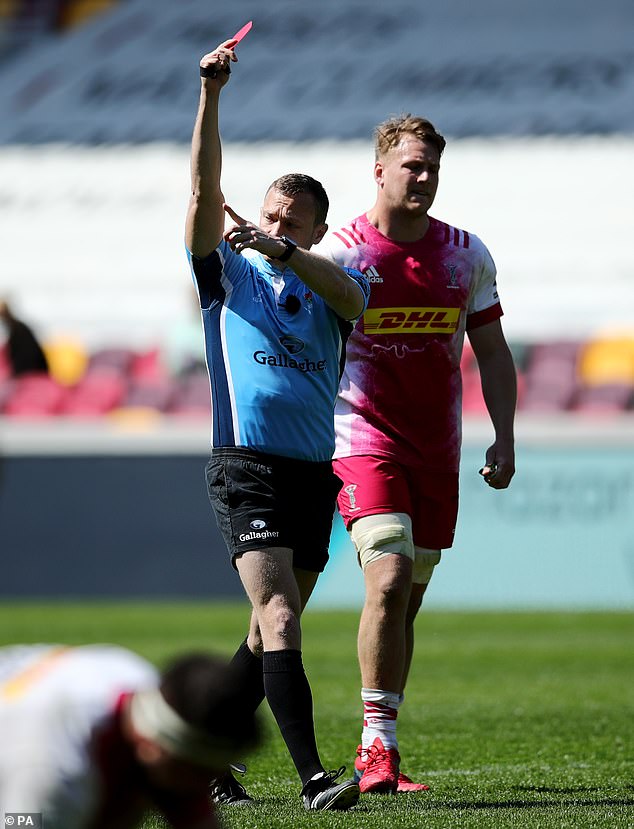 Paddy Jackson’s boot gave Irish a 6-0 lead after a first quarter in which Harlequins gave away seven penalties and could not take advantage of two excursions into the hosts’ 22.

The frustration kicked in with Quins warned for back chat by referee Matt Carley before the visitors got a foothold in the game.

The two landmark players were involved when they took the lead on 29 minutes with Andre Esterhuizen making a bust and Brown pushing the move on before the forwards took over. Care then fed Brown who was unstoppable from five metres out. 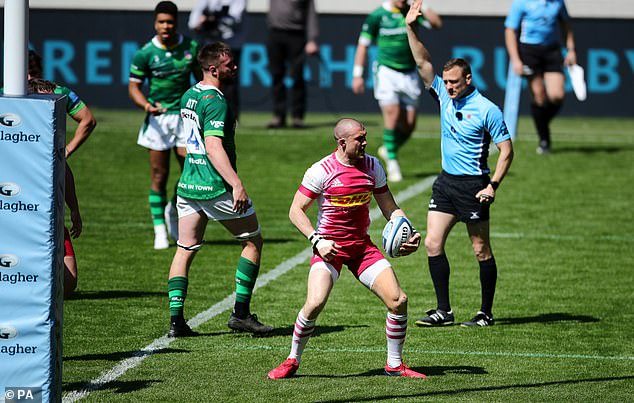 Marcus Smith and Jackson exchanged penalties before Quins put clear water between themselves and Irish with the second score on the stroke of half-time.

Again Esterhuizen was involved and he fed fly-half Smith whose long pass found Brown in space and the full-back put wing Caden Murley over in the left-hand corner for a 15-9 lead.

But a minute after Estherhuizen’s red card Loader exposed the man power shortage by streaking over to wrestle back the lead.

Hassell- Collins’ score gave Irish a three-point advantage but they could not keep Smith out.