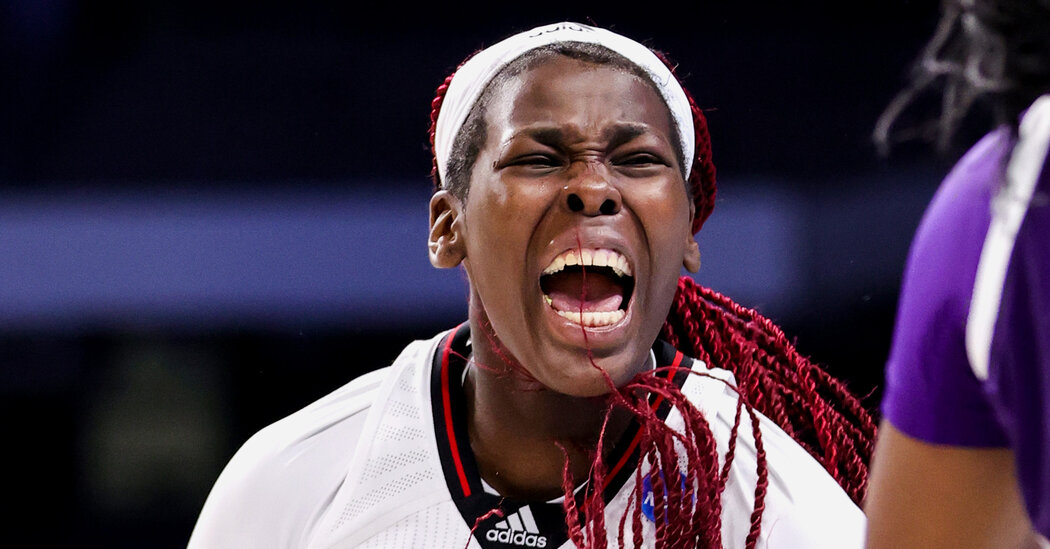 Following an abysmal first half, No. 2 seed Louisville flexed its starting rotation and stormed back for a 62-53 win over No. 7 seed Northwestern to earn a berth in the Sweet 16. The Cardinals outscored the Wildcats 55-28 in the second half.

Their 18-point comeback was tied for the third largest comeback in the women’s tournament.

“It just shows us that we’re never out of a game,” said the Cardinals’ star guard, Dana Evans.

Evans got off to a slow start but finished with 14 points, working as an offensive catalyst during the comeback. Kianna Smith contributed 16 points and Olivia Cochran had 13 points and 15 rebounds.

The win was reminiscent of the Cardinals’ first round win over Marist, where they trailed 21-12 in the second quarter before coming back to earn a decisive 74-43 victory.

“This is the second straight ballgame,” said Cardinals Coach Jeff Walz. “So the first thing I’m going to do is change my pregame speech.”

A 17-0 run in the second half powered the Cardinals on Wednesday, even as they led for less than 10 minutes of the game. The Cardinals shot just 36 percent.