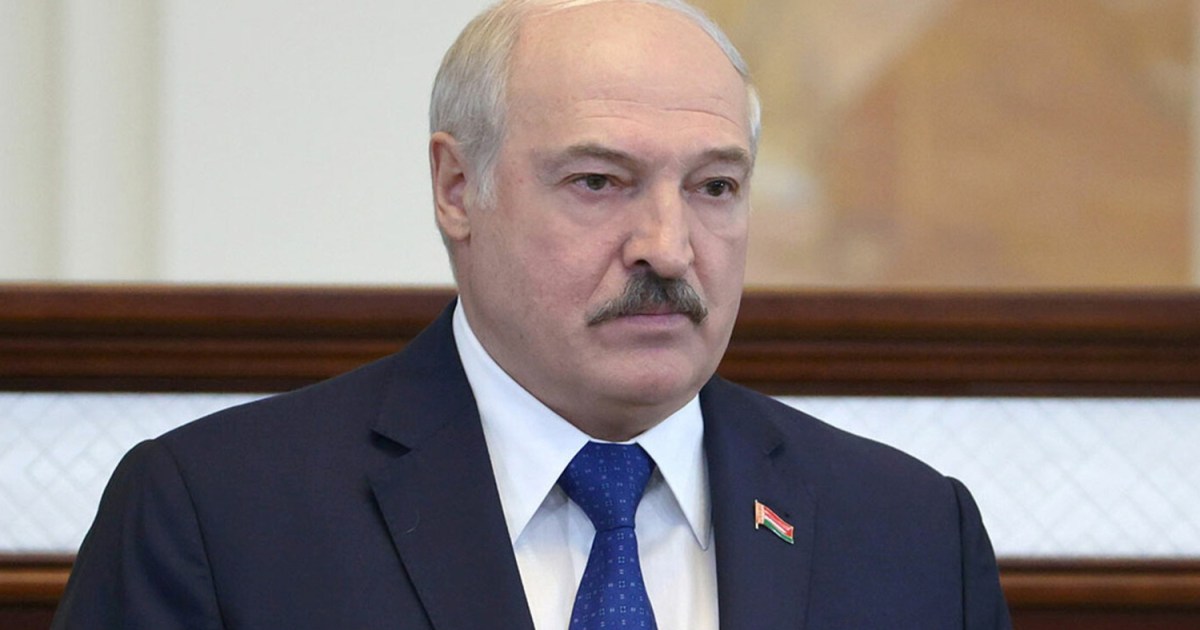 President Alexander Lukashenko has accused outside “ill-wishers” of waging a “hybrid war” against Belarus as he defended Minsk’s forced diversion of a passenger plane, an incident that led to global outrage.

Belarus on Sunday forced a Ryanair flight heading from Greece to Lithuania to land in its capital in response to an alleged bomb threat.

Belarusian then authorities detained Roman Protasevich, a 26-year-old reporter and critic of longtime ruler Lukashenko, along with his girlfriend Sofia Sapega, who were on board.

In his first public comments on Sunday’s move, Lukashenko said he had acted legally and in accordance with international norms, the state-run Belta news agency reported.

The 66-year-old claimed he wanted “to protect people” by diverting the flight and dismissed reports that a Mig-29 fighter jet forced the aircraft to land as an “absolute lie”.

Lukashenko accused critics of trying to use the plane episode to undermine his 27-year-long rule.

“As we predicted, our ill-wishers from outside the country and from inside the country changed their methods of attack on the state,” Lukashenko told members of parliament.

“They have crossed many red lines and have abandoned common sense and human morals.”

Lukashenko vowed to respond harshly to any sanctions or provocations, threatening to weaken the country’s border controls halting Western-bound migration and drug trafficking.

Russia, which has provided security, diplomatic and financial backing to Minsk, said on Wednesday that it had no reason to mistrust the Belarusian explanation.

In response to the plane diversion and arrest of Protasevich, the European Union is imposing more sanctions on the ex-Soviet nation and has banned Belarusian airlines from the 27-nation bloc.

His remarks came after Protasevich – who left Belarus in 2019 – and Sapega appeared in separate videos to make confessions that Lukashenko’s opponents say appeared forced.

In a video posted online on Monday by Belarusian authorities, Protasevich said he was in good health and being held in a pretrial detention facility in Minsk.

He acknowledged having played a role in the mass anti-government rallies that shook Belarus last year following a disputed August election that handed Lukashenko a sixth term.

In a video aired on state TV on Tuesday, Russian citizen Sapega said she was an editor of a Telegram messaging app channel that had publicised the personal data of Belarusian law enforcement personnel, a crime in Belarus.

The Russian foreign ministry said in a statement that Sapega, a 23-year-old student, could face criminal charges under several articles of the Belarusian criminal code.

Sviatlana Tsikhanouskaya, the leader of the Belarusian opposition who is in exile in Lithuania, tweeted that Sapega appeared to be under psychological pressure.

This is terrifying. I’m worried about Raman Pratasevich & Sofia Sapega. I am worried about all political prisoners. Clearly, Raman is beaten in prison, he & Sofia are under psychological pressure. Lukashenka terrorizes the whole country. We must fight the regime’s impunity. https://t.co/5GWFyZCsNP

‘We have to stop the terror’

Lukashenko on Wednesday said Protasevich had planned a “bloody rebellion” in Belarus and said street protests would no longer be possible in the country, TASS reported.

Minsk cracked down forcefully on last year’s protests. The number of people who were arrested for participating in the rallies is understood to be in the tens of thousands.

The EU and the US have imposed sanctions against Minsk over its response to the protests.

However, the measures have seemingly had no effect on the behaviour of Lukashenko, who has continued to clamp down on dissent.

Since his re-election, authorities have rounded up more of his opponents, with all major opposition figures now in jail or exile, and moved to shutter independent media outlets.

Tsikhanouskaya said on Wednesday that the Belarusian opposition was preparing to stage a new phase of active anti-government protests despite the crackdown.

“There’s nothing more to wait for – we have to stop the terror once and for all,” she said.