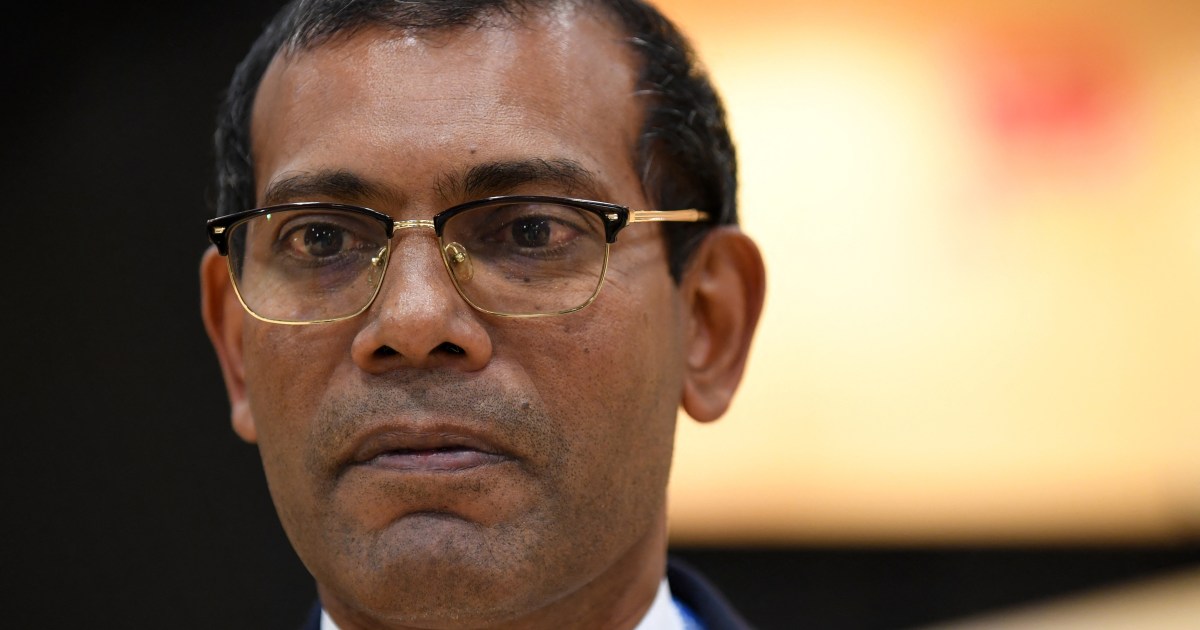 Family of former president and current parliamentary speaker say doctors are ‘very happy’ with his recovery after life-saving surgery.

Former Maldives President Mohamed Nasheed is conscious and off life support after undergoing multiple surgeries, his family has said, as police announced two arrests in connection to the explosion that critically wounded him.

The 53-year-old leader of the ruling Maldivian Democratic Party and current parliament speaker was taken to hospital after a bomb went off as he tried to enter his car after leaving his family home in the capital, Male, on Thursday evening.

There has been no claim of responsibility, but police on Saturday said two individuals had been arrested in connection to the blast, which is being treated as a “terror” attack.

Two individuals have been arrested in connection to #May06TerrorAttack. More information will be shared in a press briefing this afternoon.

“I’m good,” Nasheed said after coming off life support, according to a tweet by his sister, Nashida Sattar, on Saturday. His brother, Ibrahim Nashid, said doctors were “very happy” with Nasheed’s recovery.

“He is out of life support and breathing on his own,” he said in a tweet. “Managed to exchange a few words. Promised to come back stronger. I believe him.”

The doctors are very happy with recovery progress. He is out of life support and breathing on his own. Managed to exchange a few words. Promised to come back stronger. I believe him. 😊

On Friday, doctors said Nasheed had required surgery over a 16-hour period to remove shrapnel and treat life-threatening wounds to his head, chest, and abdomen.

President Ibrahim Mohamed Solih described the incident as “an attack on the Maldives’ democracy and economy” and assured a “swift and thorough investigation”.

Nasheed, who in 2008 became the Maldives’ first democratically-elected president, is an outspoken critic of hardline groups in the Sunni Muslim island archipelago, and has been instrumental in investigating corruption allegations against opposition leaders.

In 2007, a blast that was blamed on hardliners targeted foreign tourists and injured 12 people.