Manu Tuilagi will make his long-awaited comeback on Friday and Sale believe the England centre is ready to make a ‘scary’ impact on their Premiership title challenge.

The 30-year-old, who has been out of action since rupturing his achilles in September, is likely to be on the bench against league leaders Bristol. 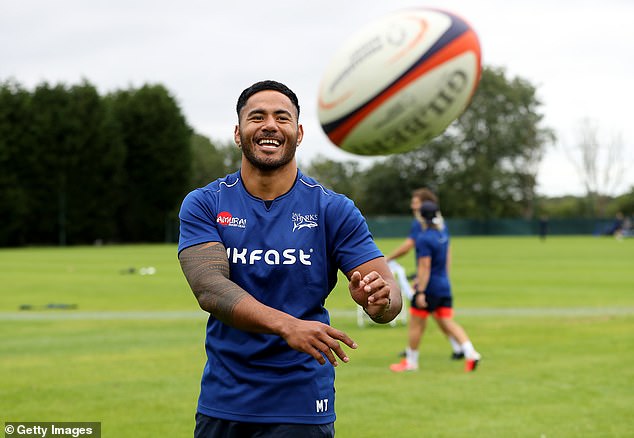 ‘The lads did some live tackling and I had to stop him running because he was just running through them.

Asked if he had been holding Tuilagi back — in terms of his return — Sanderson said: ‘I couldn’t hold him back if I wanted to, the guy’s too strong!

‘We are just conscious, because he’s now fit, of chucking him in at the deep end and overloading him.’