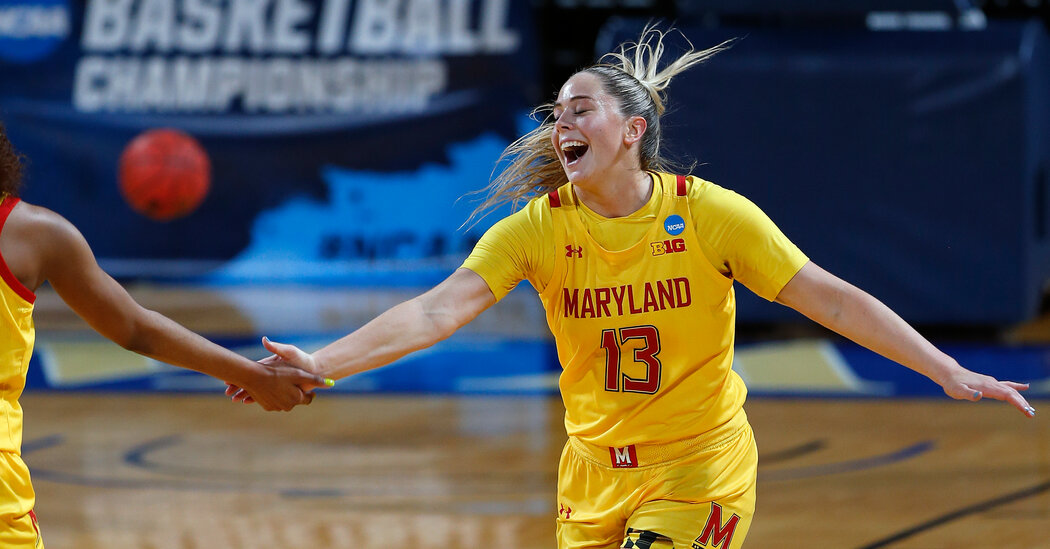 Maryland flexed its offensive might in a dominant win over No. 7 seed Alabama, beating the Crimson Tide, 100-64. The Terrapins reached their 2020-21 season average — 91 points — with nearly five minutes left in the fourth quarter. It was Maryland’s seventh game scoring at least 100 points this season.

Angel Reese, a freshman who entered Maryland as the No. 2 recruit in the country and was sidelined by a foot injury in her fourth collegiate game, made 8 of 12 shots for 19 points in a typically efficient performance. Faith Masonius, who comes off Maryland’s bench, went 7 for 8 for a career high 16 points.

Maryland’s win was something of a turnabout two days after its men’s team fell to Alabama in the second round of the men’s tournament, a game in which the Crimson Tide scored 96 points.