Max Verstappen won the Emilia Romagna Grand Prix – a victor on a tumultuous day in Imola.

The Dutchman came from third on the grid to prevail by passing Lewis Hamilton, finally second, on the first lap, making a brilliant start to take the inside line at the opening corner and push himself into the lead, an advantage he did not surrender through an eventful afternoon that saw rain land on parts of the track, especially at the start of proceedings.

In that early skirmish, Hamilton trudged along the kerbs – bump-bump-bump-bump – and damaged a front-wing endplate. 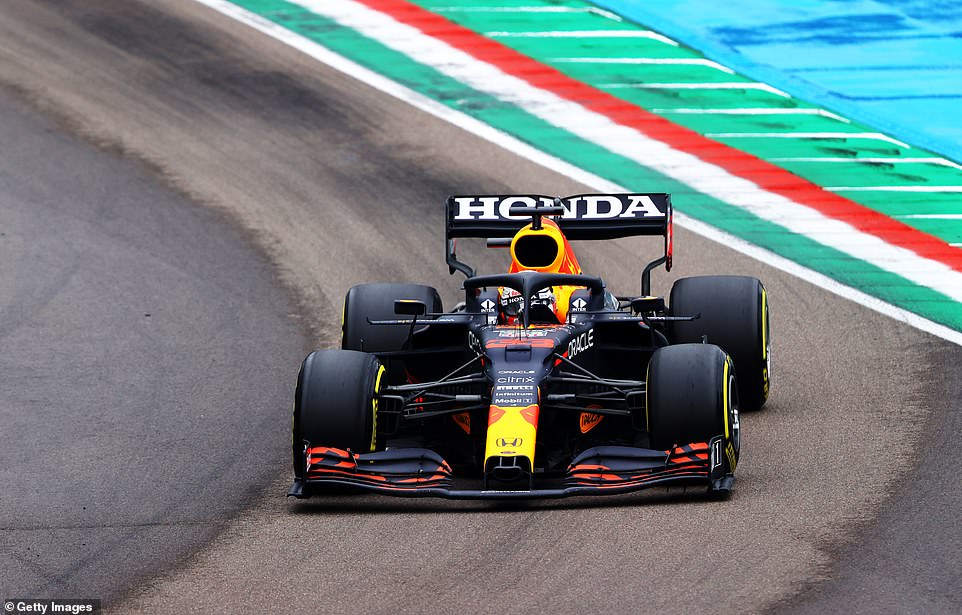 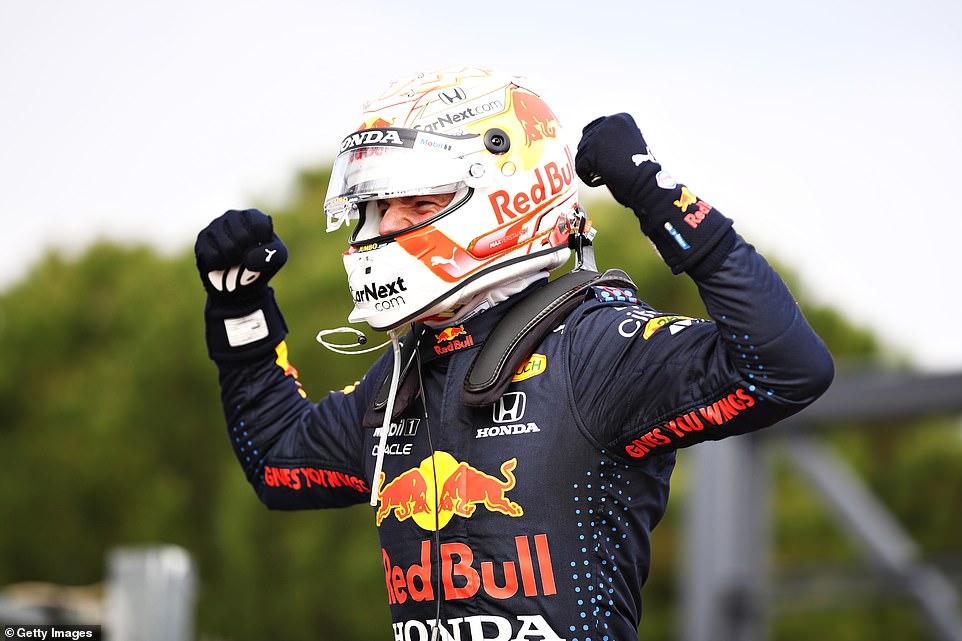 Verstappen opened up a consistent five-second lead and one he made to count, not least when Hamilton ran off track in the middle of the race trying to lap George Russell’s Williams.

The seven-time world champion was ensconced in the barriers before reversing out, but the excursion meant it was definitely too late for his chances of winning the race. He came back superbly to finish second in a great rearguard drive, a place ahead of McLaren’s Lando Norris, 21 – the drive of his life in a season of great promise.

The result sets up the championship very well after Hamilton grabbed pole after winning the opening round in Bahrain three weeks ago. 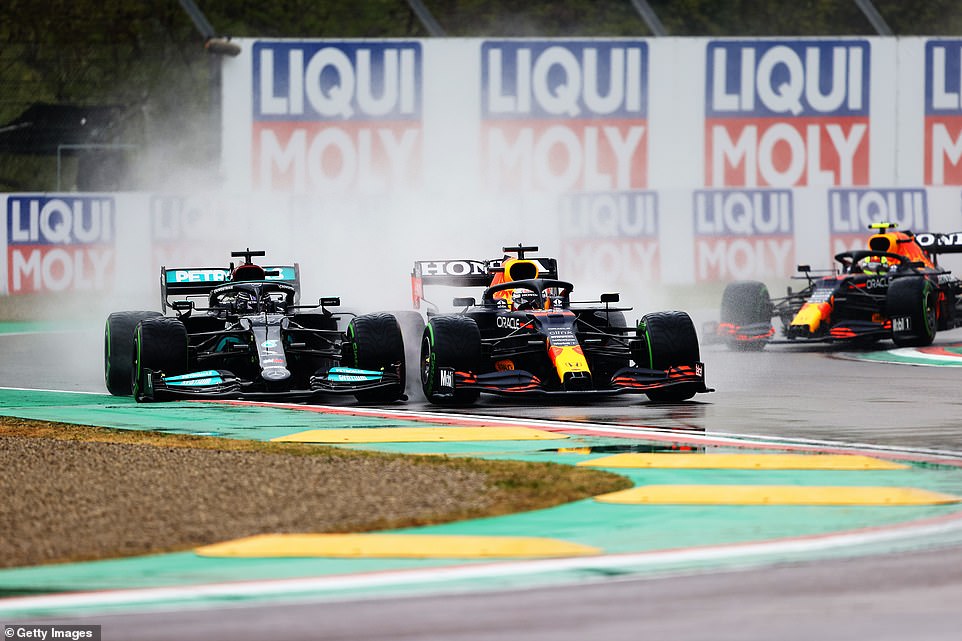 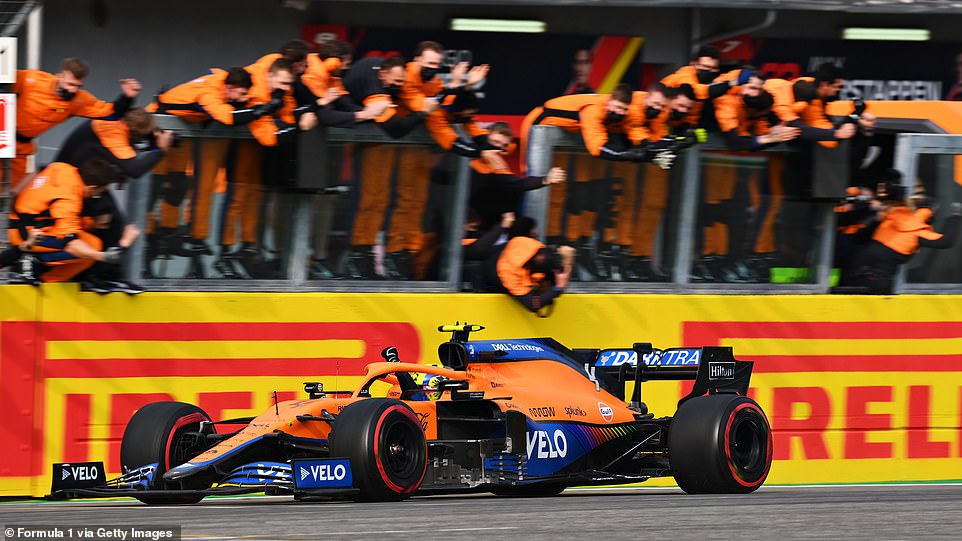 Lando Norris, aged just 21, put in the drive of his life to clinch third spot after trying to fend off Hamilton over the final laps

The most memorable moment of the day was the coming together at 180mph of Valtteri Bottas, in the other Mercedes, and Russell, on lap 32. Russell tried to force his way through but ran on to the grass and broke traction.

Russell appeared to slap Bottas on the helmet after he got out of the car – a friendly move or outrage?

It seemed on first impression that Russell was at fault for having run on to the slippery lawn, although Bottas may have moved slightly to the right and impeded the Englishman. 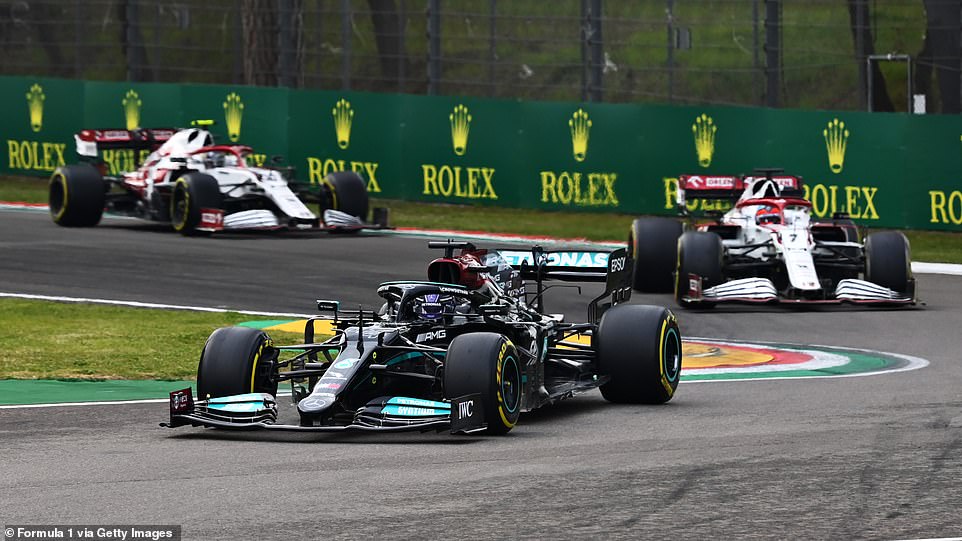 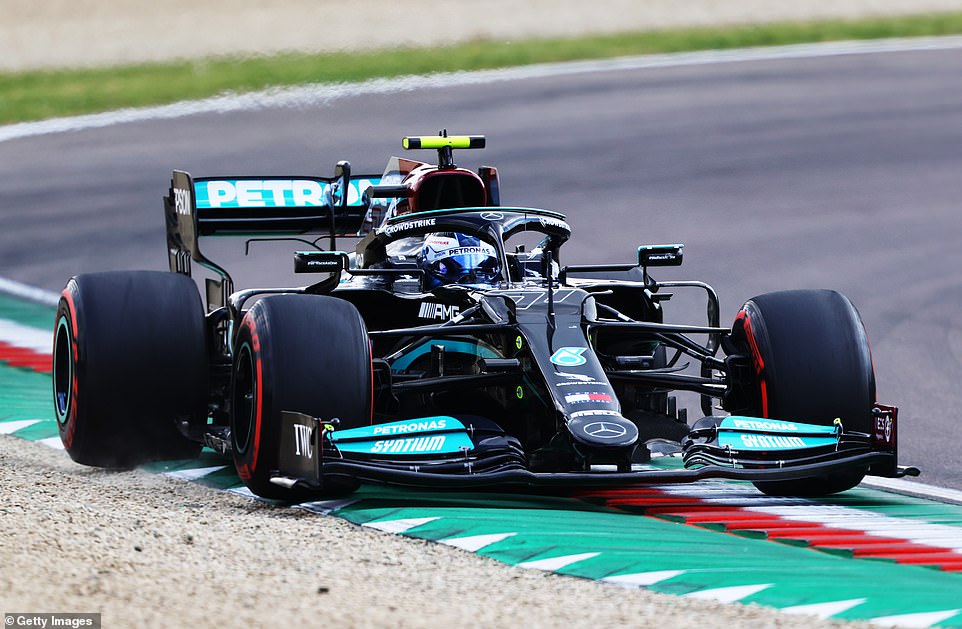 Hamilton was going well in tracking Verstappen up to that point, but he suffered a dilatory stop – the front right being slow going on – and that, plus his off into the gravel, put him back to ninth by the time the race was stopped and re-started.

He charged up the field. Verstappen, in a class of his own, finished 22 seconds ahead of Hamilton. Behind Norris came Charles Leclerc for Ferrari, a place ahead of team-mate Carlos Sainz.

Sergio Perez, in the other Red Bull, was way down in 12th, despite qualifying second. 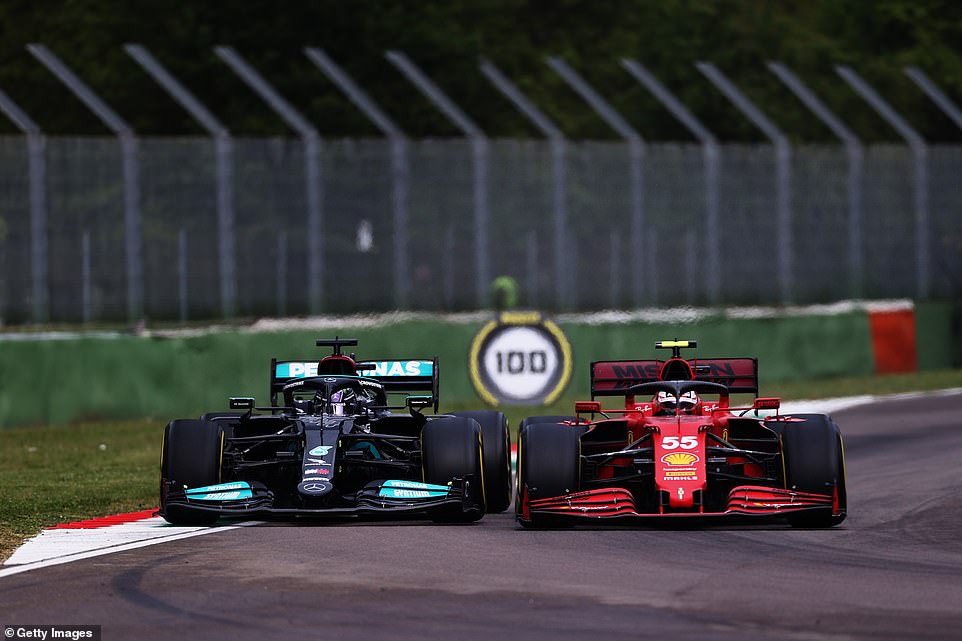