Having already stamped her authority on hardcourts by winning both the Australian and U.S. Opens multiple times, Japan‘s Naomi Osaka feels she is now better equipped to succeed on other surfaces.

The 23-year-old outplayed American Jennifer Brady 6-4 6-3 in Saturday’s Australian Open final at the Rod Laver Arena to join Roger Federer and Monica Seles as players to win all four of their first Grand Slam finals.

Osaka won back-to-back majors at the 2018 U.S. Open and the Australian Open in 2019 and picked up her third at Flushing Meadows last year but she has never made it beyond the third round at Roland Garros or Wimbledon. 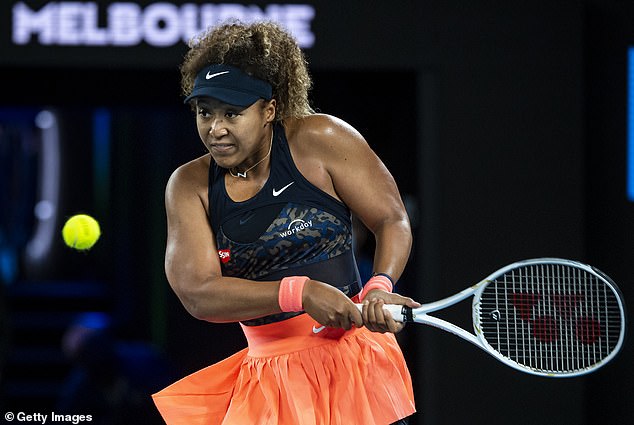 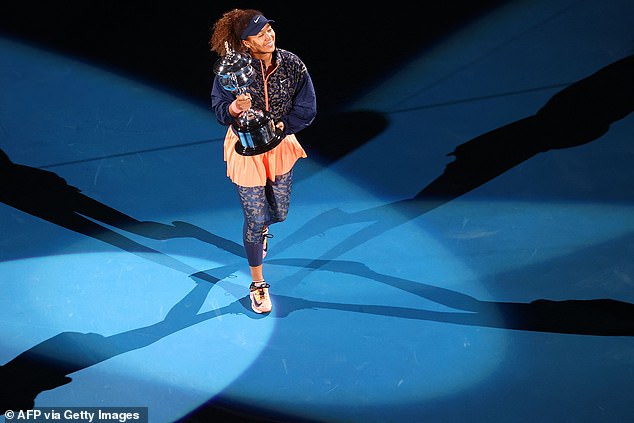 Asked if she was now more confident of success on clay and grass, Osaka said: ‘Yes, I think so. I have more of an understanding of what I’m supposed to do.

‘Before I would just head into a match sort of unaware of guess different patterns and things like that. But now I talk to (coach) Wim (Fissette) a bit more on strategy.’

Carrying her hardcourt success to the French Open and the Wimbledon was the ‘biggest goal’ going forward for Osaka. 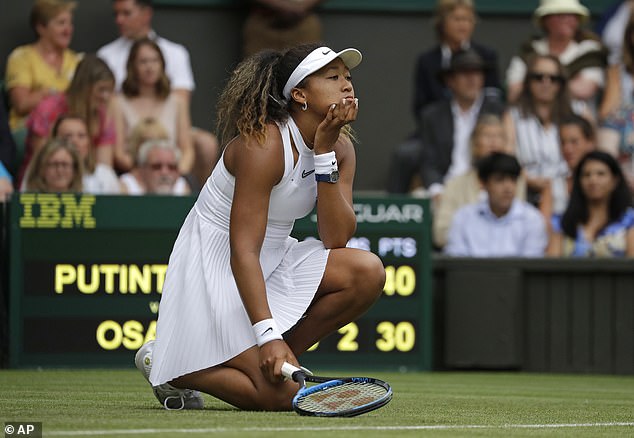 Osaka has struggled to achieve success on other surfaces, including Wimbledon (above)

‘I think everyone knows I can do well on hard court,’ she said after posing for pictures with the Daphne Akhurst Memorial Cup at Melbourne’s Government House.

‘For me, I just really want to get comfortable on the other surfaces.’ 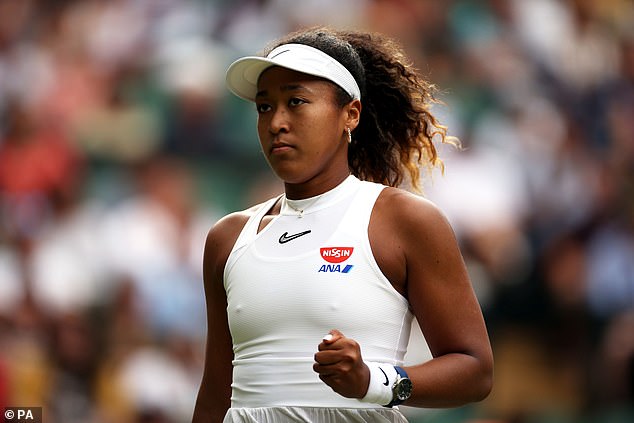 ‘I feel like it’s an honour that I’m in that conversation,’ said Osaka. ‘I also feel like for me, my biggest goal is to be consistent throughout the year, not just randomly popping up and winning a Grand Slam.

‘Hopefully I’m able to be more stable this year and feel more worthy of potentially having that title.’