Mick Schumacher could only say positive things about his Ferrari outing this week as he logged more Formula One mileage ahead of his debut season this year.

The German, who is the son of legendary F1 driver Michael Schumacher, completed his third outing with Ferrari on Thursday in Fiorano – running over 50 laps in the 2018 SF71H test car.

Schumacher Jnr, 21, will represent Haas in the 2021 season but claimed the test with Ferrari is an ‘excellent base’ for his preparations. 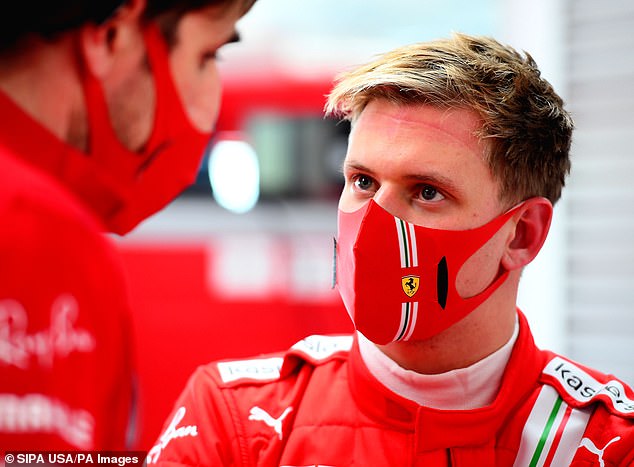 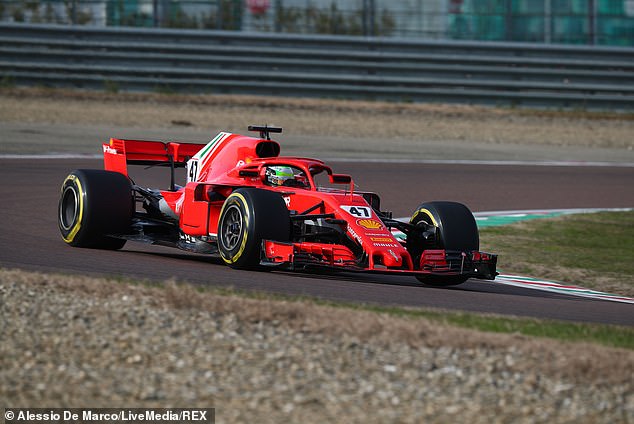 After completing the test run, Schumacher said: ‘Finally sitting in a car again is a feeling I was missing a lot. I think today has definitely been a positive day at the track.

‘We managed to get through the entire programme that we had scheduled without any problem and it was clearly very useful to be able to get through so much mileage at the wheel of a Formula 1 car in view of the coming season that will be starting in about a month and a half with the pre-season testing.’

Schumacher had previously tested the same car in Fiorano last September, while he recently had two practice runs with the F2004 car that his father previously raced.

After trying out the 2018 SF71H car, the German then handed it over to last year’s Formula 2 rival Callum Illott on Friday who is helping Ferrari test the car. 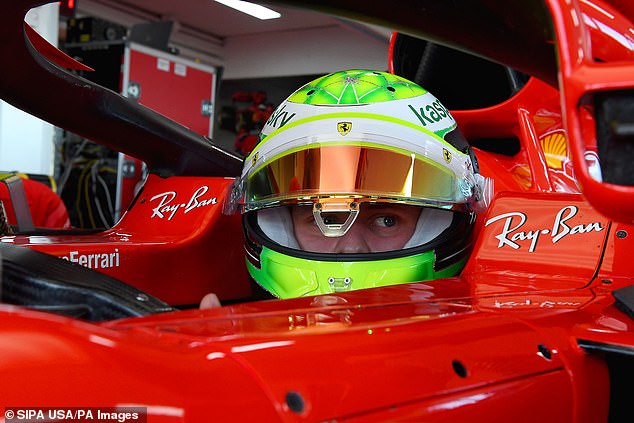 Speaking about the vehicle, Schumacher added: ‘The SF71H is a car from 2018, but its behaviour on the track and the feelings that it gives to the driver are very similar, both in terms of how it behaves on the track and physical stress to a current car.

‘That makes it an excellent base when it comes to preparation for the new season. Driving at Fiorano is always great anyway because the track is technical and demanding. It’s been a pleasure to meet up once again with the engineers and mechanics I worked with last September.’

Schumacher, meanwhile, is set to make his Formula One debut later this year after impressing in the Formula 2 category. The German made his F1 practice debut for Haas in last year’s Abu Dhabi Grand Prix.

The 2021 season begins in March at the Australian Grand Prix, with seven-time winner Lewis Hamilton the reigning world Formula One champion.