Mike Brown’s Harlequins career will come to a sad and sudden end after the full-back was banned for the remainder for the season.

The former England international was handed a six-week suspension after being sent off for stamping on the head of Wasps hooker Tommy Taylor.

Brown has been at Harlequins for 16 years but will leave the club this summer after agreeing a move to Newcastle. 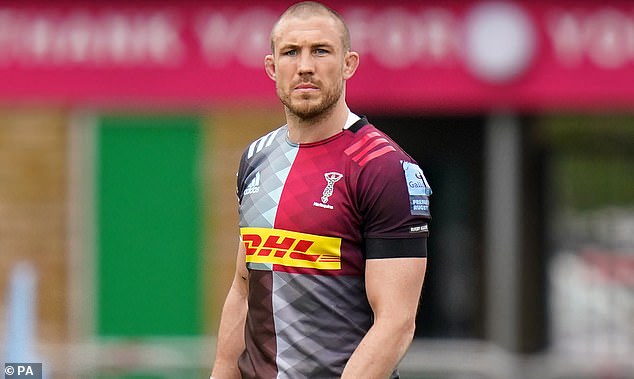 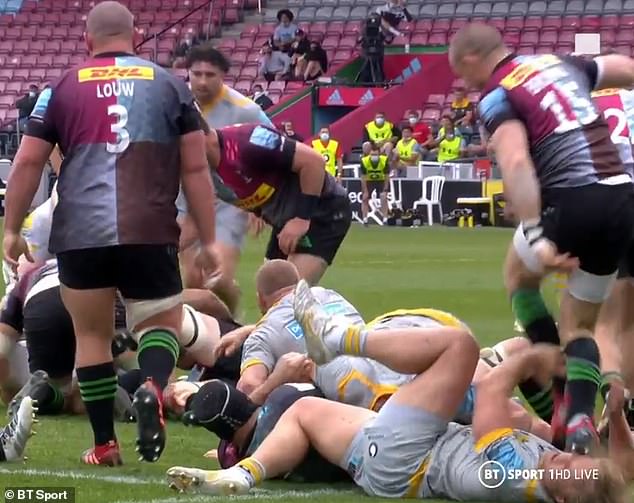 The six-week suspension means Brown will not have another opportunity to represent the club, even if they reach this season’s Premiership final.

His ban was reduced from 12 weeks because of a clean disciplinary record – and the 35-year-old could still appeal the verdict.

The disciplinary statement said: ‘The Panel reviewed extensive video footage which included numerous angles and speeds and heard direct evidence from the player as to his actions and intentions.

‘Having considered the totality of the evidence the Panel was satisfied that whilst this was a stamp to the head, it was not deliberate.

‘Given the location of the contact and the nature of the actions the Panel considered that this was a top end entry point but that there was no reason to go above the starting point of 12 weeks.

‘The player has an unblemished disciplinary record over a long and illustrious career, he accepted the charge at the earliest opportunity and impressed the Panel with his honesty and obvious contrition throughout the hearing. The Panel had no hesitation in allowing the maximum mitigation of 50%. 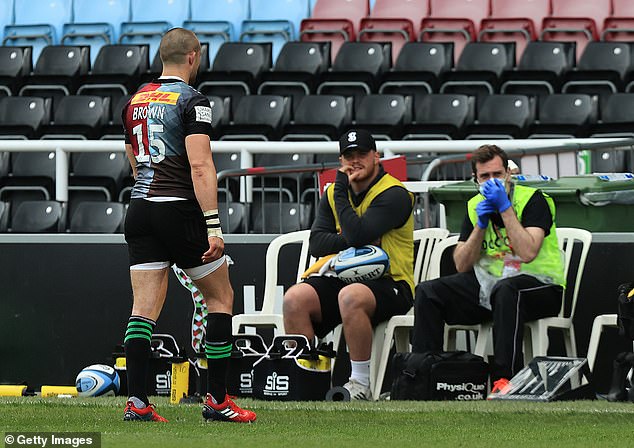 ‘The Panel would encourage supporters of the game to avoid viewing this as nothing more than a brief video on social media which does not capture the full nature of the incident.’

It is a sad end to a brilliant stint at Quins for former England international Brown – he won the 2011-12 Premiership, starting in the final victory against Leicester Tigers, and won the Challenge Cup the previous season with a final win against Munster.

However, last month he confirmed he would be leaving the club after signing a two-year deal with fellow Premiership side Newcastle Falcons.