There will come a time when the present day Galacticos of tennis have moved on to be replaced, and Stefanos Tsitsipas might have brought that day marginally forward.

In Melbourne, where dishes are already named after him in the many Greek restaurants, he delivered an upset for the ages that had Rafael Nadal looking all of his 34 years.

Tsitsipas is one of the players at the front of the queue to usurp the Big Three, and now he must overcome someone right alongside him there, Russia’s Daniil Medvedev. 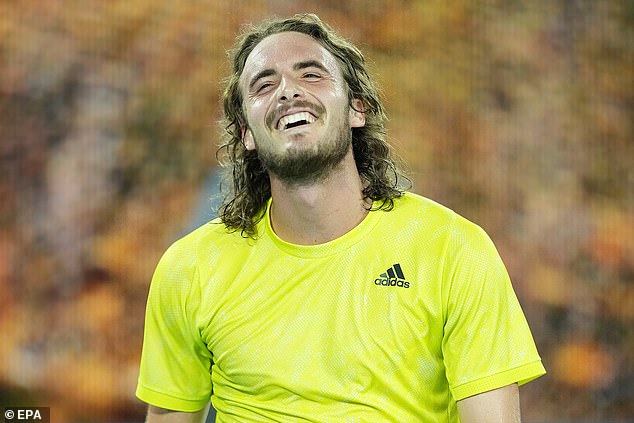 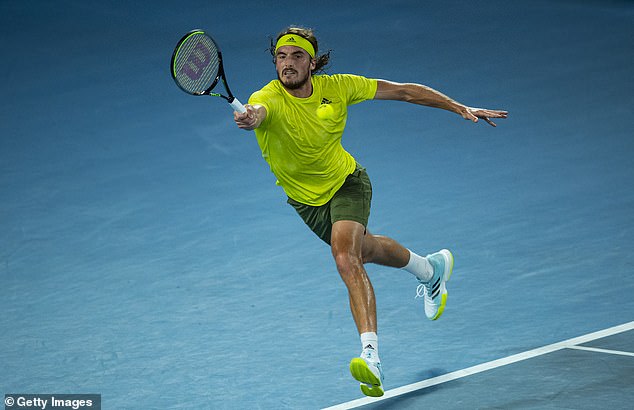 Two years ago Tsitsipas gave a warning of what might be to come when he defeated Roger Federer in four sets, sending his supporters in this city of famously Greek heritage into a football-style frenzy.

They were absent for the quarter final but will be back, in limited numbers, for the semi-final after Melbourne lifted the five-day lockdown that had left the Rod Laver Arena deserted since last Friday.

That could make quite a difference against the sometimes temperamental Russian, who beat his compatriot Andrey Rublev in straight sets. The winner will face the victor of this morning’s first semi-final between Novak Djokovic and rank outsider Aslan Karatsev.

Tsitsipas, who learned to play in the holiday resorts outside Athens where his parents used to coach, is a somewhat dreamy character who travels round the world with his eyes and ears open.

He described himself as having been in a state of ‘Nirvana’ once he launched his comeback. Nadal had lost his previous control through a slew of shanks and miscued overheads at the end of the third set.

He was also happy to reference the local lingo in detailing his perseverance, referring to the ‘hard yakka’ it took to win. He then reminded everyone that he was not a ‘bludger’ (Aussie for someone who shirks). 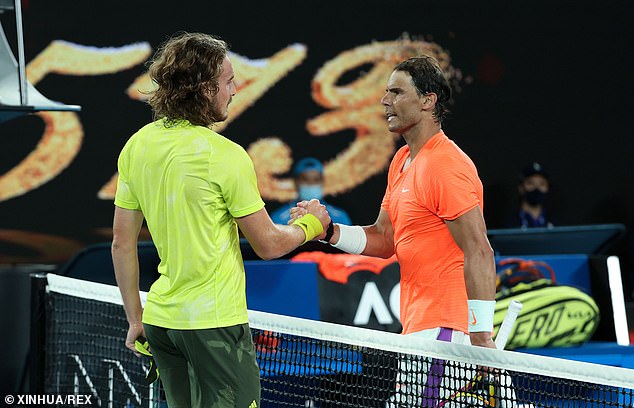 Nadal was typically generous in defeat, but his fans might have been alarmed at the way he gifted the key game to his opponent at 5-5 in the decider with four consecutive errors. It was a shocking collapse and he seemed unusually weary.

Tsitsipas had exerted pressure by taking the ball early, and he is not afraid to use all of the court. His game should thrive on grass.

Wimbledon has not seen a new men’s champion from outside the old ‘Big Four’ since 2002, incredibly. With the way he plays it would be no surprise if the tousle-haired thinker from a tennis backwater is the man to break that sequence.

Medvedev will, however, be fresher. On hard courts he is favourite to repeat his final appearance at the 2019 US Open, where he came so close to coming back from two sets down against the same Nadal.

Serena Williams and Naomi Osaka were due to face each other this morning in the women’s semi-finals, with one match contrastingly star-studded compared to the other.

A first time Grand Slam finalist is guaranteed from the outcome of American Jennifer Brady facing Karolina Muchova of the Czech Republic. 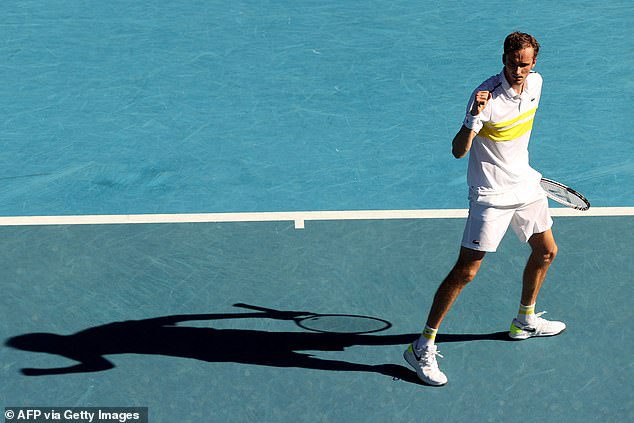 Australia’s 43-year wait for a singles champion goes on after Muchova defeated world number one Ash Barty 1-6 6-3 6-2 in controversial fashion.

Muchova was granted an injury time-out for ten minutes early in the second set because she felt dizzy. That completely stopped the home favourite’s momentum and with no crowd to cheer her on she fell away.

It showed, yet again, that tennis is failing to get a grip on the rules surrounding medical and toilet breaks, which are so open to abuse for tactical reasons.