Lando Norris took a dream podium in Monte Carlo on Sunday and then declared: ‘I never feel like a star.’

The 21-year-old Briton lapped his McLaren team-mate Daniel Ricciardo to finish third and go third again in the drivers’ championship.

In front of 7,500 fans, he capitalised on Ferrari’s Charles Leclerc not starting and the pit-stop retirement of Mercedes’ Valtteri Bottas before calmly keeping ahead of the faster Red Bull driven by Sergio Perez. 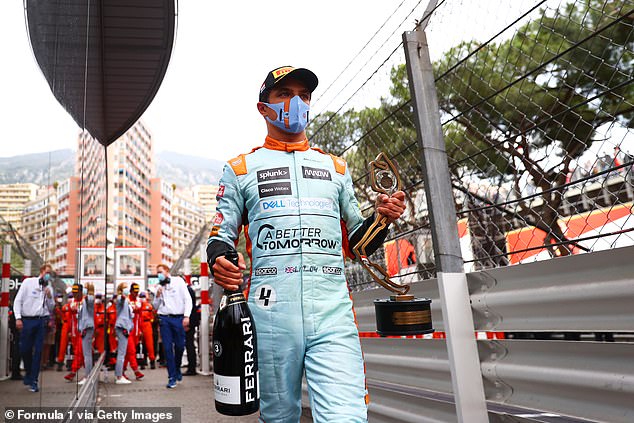 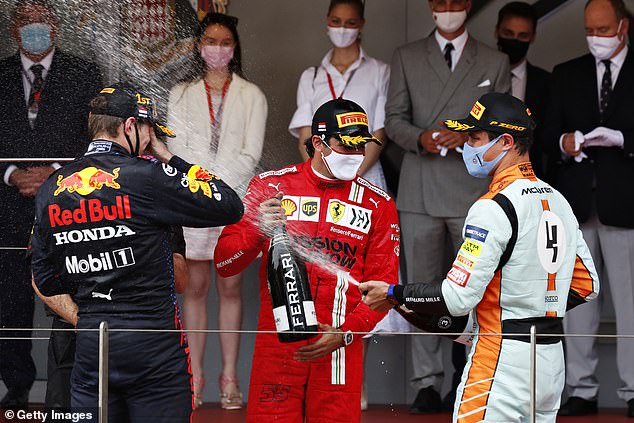 The Brit finished third behind Max Verstappen and Carlos Sainz in front of 7,500 fans

Norris, who signed a three-year extension with McLaren last week, said: ‘It has been a crazy weekend.

‘We came here with not many expectations at all but it turned into one of our best weekends.

‘It is a dream to be on the podium in Monaco more than any other track.’

At one point Norris told his race engineer, Will Joseph, to be quiet so he could concentrate on the task at hand — namely avoiding the barriers. 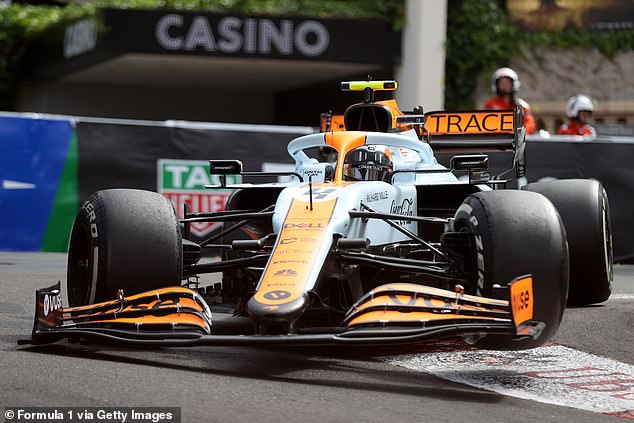 Afterwards, when his name was being called out by spectators peering over the paddock fences, it was suggested to Norris that he is a star.

‘No, I never think that, but it is nice to have the fans back,’ he said.

‘The trophy goes in the cabinet at McLaren, as always.

‘But I will keep the presentation box because it is the coolest thing, a bespoke Louis Vuitton number. I will also make sure I get a replica of the trophy.’