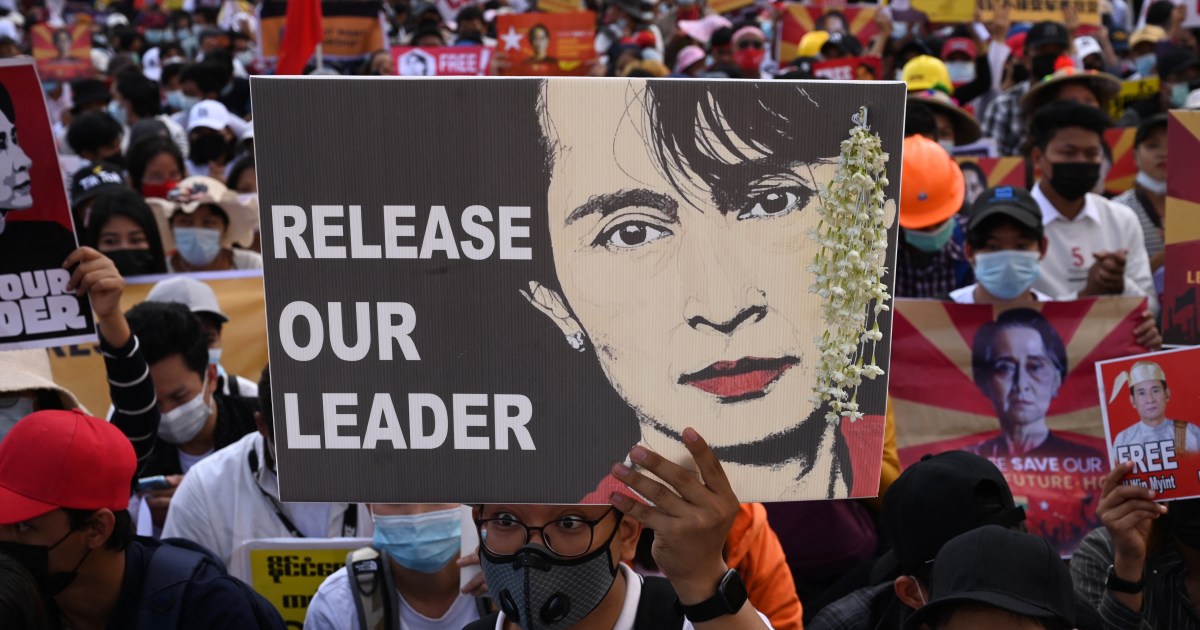 The head of Myanmar’s military-appointed state election commission has said that his agency will consider dissolving Aung San Suu Kyi’s former ruling party for its alleged involvement in electoral fraud and have its leaders charged with treason.

It was set to start a second term in February when the military seized power in a coup, arresting her and dozens of top government officials and party members.

The army-backed Union Solidarity and Development Party, which suffered unexpectedly heavy losses in the election, made similar allegations.

Political parties were called to discuss planned changes in the electoral system at a meeting on Friday.

Union Election Commission chairman Thein Soe said at the meeting that an investigation of last year’s election that would soon be completed showed that Aung San Suu Kyi’s NLD had worked illegally with the government to give itself an advantage at the polls.

The NLD, which has thrown its weight behind the mass popular movement against the military takeover, has faced constant harassment since the coup, with its members arrested and offices raided and closed.

Security forces have killed more than 800 people since a wave of protests broke out after the coup, the Assistance Association for Political Prisoners activist group says, though verification of the casualties is difficult due to a clampdown on media, with many journalists among the thousands of people imprisoned.

Fighting has also flared between the security forces and ethnic minority rebel groups.

The military government initially announced that it would hold new elections a year after taking power, but later hedged and said the delay could be up to two years.

Before the start of democratic reforms 10 years ago, Myanmar was ruled by the military for 50 years.

The NLD also won a 1990 election, but the military stepped in to prevent it from taking power.

Aung San Suu Kyi and other members of her government already face various criminal charges that could keep them from running in the next election.

Their supporters assert all the charges are politically motivated.

The announced purpose of Friday’s commission meeting was to discuss the military government’s plan to change the country’s election system from “first past the post” to proportional representation.

In first past the post systems, the candidate with the most votes in a given constituency is the winner, while in proportional representation, the share of winning parliamentary seats in an area with several seats is allocated according to the proportion of the vote won by each party or candidate.

Almost all the major parties – including the NLD – refused to go to Friday’s commission meeting, as they regard the body as illegitimate.