Osaka’s 6-2, 6-2 win over her unorthodox opponent provided a stark contrast to her victory over same player en route to the title in 2019, when she had been forced to rally from a set and a break behind.

And her 66-minute success will also came as a welcome relief after the tumult of the previous round, when she saved two match points before squeezing past Garbine Muguruza. 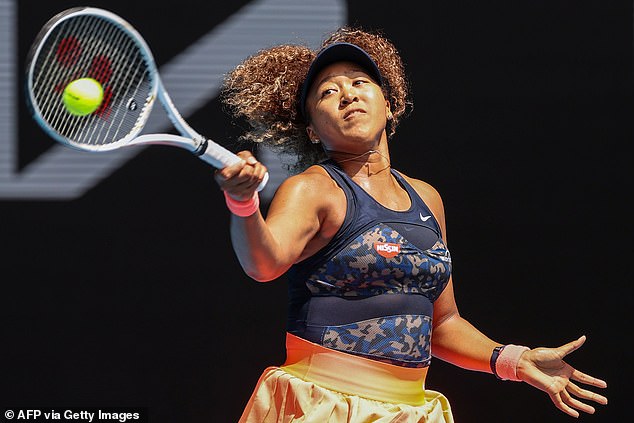 Osaka said in her on-court interview: ‘I’m really happy with how I played – every time I play her it’s such a battle and despite the score it was another battle for me.

‘It makes me a bit more calm, just knowing that even though my back was severely against the wall I still had opportunities.

‘Even today when I had two match points and she saved them both, normally I feel like I would have panicked but today I was pretty calm.’

The third seed might have been forgiven for anticipating another difficult day when she struggled to hold her serve in the opening game of the match. 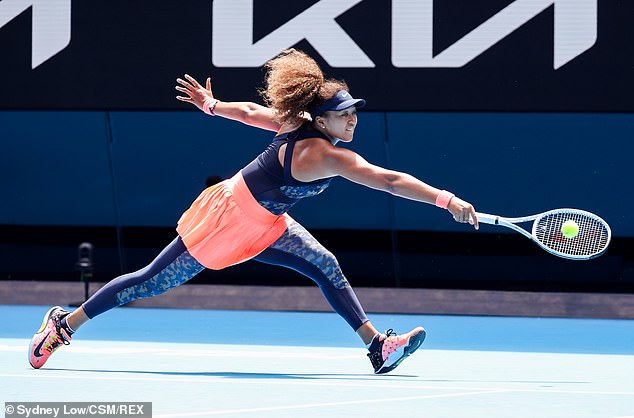 Hsieh, at 35 the oldest player to make her debut in a grand slam quarter-final in the Open era, mixes spins and slices to such effect that even Osaka admitted pre-match that she often ‘could not fathom’ her opponent’s shot selection.

But an early break settled Osaka’s nerves and she took control of the match behind an unerring first serve, seizing on a series of stray shots from her opponent to close out the opening set in 36 minutes.

Despite her dominance Osaka will have been acutely aware of the danger of making any assumptions, with four of her five previous career meetings with Hsieh having gone to a deciding set.

An early break at the start of the second set sent Osaka closer to the line but, ever unpredictable, Hsieh rallied on the cusp of defeat, producing two superb winners to save consecutive match points, before finally succumbing to Osaka’s third opportunity. 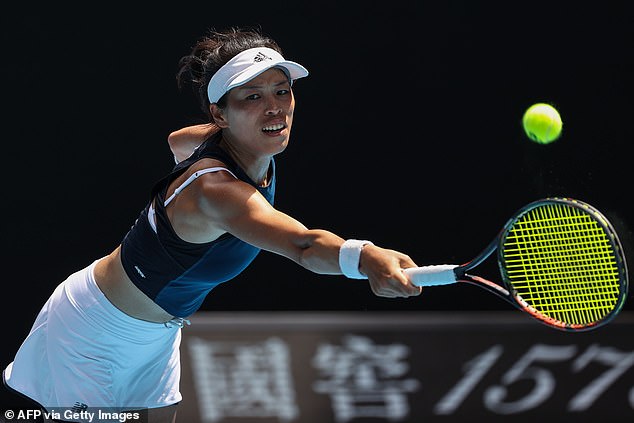 Hsieh, at 35, was the oldest player to make her debut in a Grand Slam last eight in the Open era