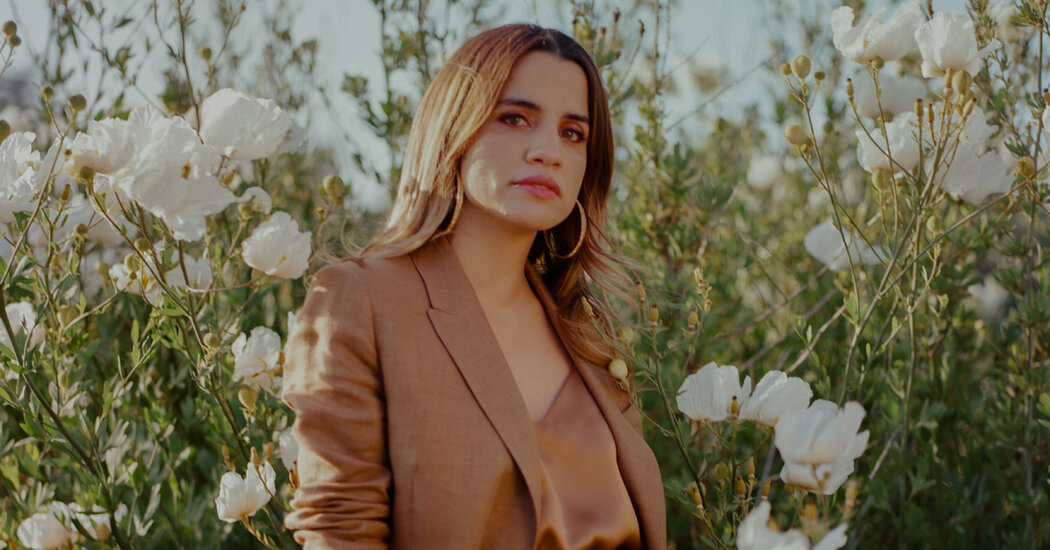 If the pandemic had a silver lining for Natalie Morales, it’s that she got to spend part of a summer lockdown in Los Angeles directing “Language Lessons,” a low-budget, character-driven movie that she co-wrote and starred in with Mark Duplass, one of her filmmaking heroes.

It was during the making of that dream project that Morales learned she could resume work on another dream project: the bawdy teen road-trip comedy “Plan B,” which she was preparing to direct until it was postponed amid concerns about the coronavirus, could begin filming that fall.

These films are the first two that Morales, who is better known as an actress, has made as a feature director, and they could hardly be less alike. “Plan B,” which Hulu released on Friday, follows the raucous misadventures of two high-school friends (Kuhoo Verma and Victoria Moroles) in search of emergency contraception.

“Language Lessons,” a Berlin Film Festival and SXSW Film Festival selection that will be released later this year, chronicles the friendship of a Spanish instructor (Morales) and her student (Duplass) as they bond during online classes.

Morales recognizes the disparity between the films, too, and she embraces it. “These are the weirdest two movies a person could do at the same time,” she said in a recent interview. “I’ve never been one to enjoy being pinned down in any way. I guess it’s good that people are seeing both sides of me pretty immediately.”

She is not entirely an unknown quantity. As a performer, Morales, 36, has made a steady career of supporting roles in TV sitcoms (“Parks and Recreation,” “Dead to Me”) and feature films (“The Little Things”).

But as she has progressed in Hollywood, Morales has yearned to have greater control of her material and to tell stories that are meaningful to her. And if these two vastly different projects each have things to say about the kind of artist she wants to be, then so be it.

“My life, like my style of art, is always high and low,” she said. “It’s always absurd and full of heart.”

Morales, who is a daughter of Cuban refugees and grew up in Miami, had some brief breakthroughs early in her acting career. She co-starred on ABC Family’s “The Middleman,” an imaginative sci-fi adventure that ran just one season, in 2008, and she appeared on the USA procedural “White Collar,” though she found herself unexpectedly cut from that crime drama after its first season, in 2010.

Even before these formative experiences, Morales said she regarded directing as the most efficient route to the kind of work she wanted to do.

Landing lead roles did not necessarily solve Morales’s problems either. Two years ago, she starred in “Abby’s,” a 2019 NBC comedy about a woman who runs her own backyard bar.

Though Morales said she enjoyed the enthusiastic support of the show’s creative team, she felt that NBC lost interest during a period of executive turnover and failed to support the series.

“You can go to the upfronts to get ad sales and you can tout your diversity,” she said. “‘Look at our bisexual Cuban lead!’ And then you shelve it and don’t promote it. Put your money where your mouth is. If you don’t give it a chance to grow, what are you actually supporting?”

Over the years, Morales has directed stage and sketch comedy performances, music videos, and a Funny or Die web series in which actors read from a series of relentlessly filthy love letters that James Joyce wrote to his wife, Nora Barnacle. (She herself read from a dispatch in which the “Ulysses” author affectionately describes his spouse’s flatulence.)

But at times Morales found that her identity as an actor prevented others from seeing her as a director, and parted ways with a talent agency that she said would not set her up for meetings with its directorial department. “I was like, I’m trying to give you money — why would you not?” she said. “They were not supportive.”

She earned a crucial opportunity when she was invited to direct an episode of “Room 104,” the HBO anthology series created by the sibling auteurs Jay and Mark Duplass.

Mark Duplass said he and Morales had become friendly over the years but rarely found time to work together. “We see the world similarly,” he said. “We see it in all of its darkness and choose to smile anyway. But we have busy lives — I’m married with kids, she does 95 million projects a year.”

Morales recalled her directing assignment, an episode Duplass wrote for his wife, Katie Aselton, about a woman who claims to be an artificially intelligent robot: “I came into the first production meeting with all these ideas. And Mark was like, ‘You know you only have two days to shoot this?’ I was like, ‘I know.’ He knew that I knew what I was doing. Or, at least, that I had a plan.”

Duplass said that Morales “nailed it, of course,” and she returned to direct another episode for the show’s final season in 2020.

A certain amount of disagreement in their collaborations was natural and nothing to worry about, Duplass added. “She’s very headstrong, I’m very headstrong, and we look at each other and there’s a smile on our faces,” he said. “It never gets heated. Eventually one of us has a sense of, oh, yeah, you’re probably right.”

When Morales had the chance to pitch herself to the producers of “Plan B,” she went after that project with a similar tenacity.

Though that film is very much in the tradition of coming-of-age comedies like “Superbad” and “Booksmart,” Morales said the screenplay for “Plan B,” written by Joshua Levy and Prathi Srinivasan, had some distinguishing elements that called out to her.

“The leads are two daughters of immigrants, two nonwhite people, and that’s revolutionary on its own,” she said. And unlike other adolescent romps that find their protagonists striving for popularity, the right party or a parent’s car, Morales said, “The quest in this movie is health care — accessible health care.”

Filming on “Plan B” was set to begin in March of last year but halted by the pandemic. While Morales waited out an initial two-week delay that stretched on for months, Duplass contacted her.

“He texted me and said, ‘Do you speak Spanish?’” Morales recalled. “I was like, yeah?”

That was the electronic seed that grew into “Language Lessons,” their film about the evolving boundaries of a friendship between an online tutor and her pupil. Presented as a series of video conversations between their characters, the movie gave Morales and Duplass a low-cost outlet for creative expression that fit snugly within production restrictions mandated at that stage of the pandemic.

While Morales completed postproduction work on “Language Lessons,” “Plan B” got the go-ahead to start shooting, putting her in a challenging position as a first-time director with obligations to two projects.

“She didn’t crumble by any means,” Duplass said. “She’s very good at setting boundaries. She’ll tell you, ‘Mark, I need you to not email me right now about this thing because I’m in the middle of directing a scene and we need to do this tomorrow.’ That’s part of what I love about her.”

Her “Plan B” stars said that Morales was never precious about her status as a newcomer to feature directing, which helped alleviate their own concerns about having to carry a movie for the first time.

“If you’re flying by the seat of your pants, Natalie is the perfect guide to take you through that,” said Verma, who plays Sunny, a strait-laced high-school student whose sexual experience at a party necessitates the film’s journey.

“It was kind of a boot camp for me to be in front of the camera,” Verma said. “Am I supposed to watch myself on the monitor, or do I pull a Johnny Depp and not watch anything that I do? She was there for all the stupid questions.”

Victoria Moroles, who plays Sunny’s streetwise best friend, Lupe, said that the director let her and Verma know that she would encourage their experimentation and make sure that even their wildest scenes did not go unsafely off the rails.

“At the beginning of the film, she said, ‘Don’t worry, I’m your guardian angel,’” Moroles recalled. “That was how I felt throughout the whole thing. There was somebody behind the monitor that I could trust, who would allow me to take risks. That’s important.”

Morales is not certain whether audiences will next see her in an acting role or a directing gig, but she is writing a script with her friend and fellow actor, Cyrina Fiallo.

In the meantime, she said she might travel to New York to see a digital billboard for “Plan B” in Times Square. Or she might see the movie at an in-person showing in Burbank and listen for the audience’s reaction to some of its gross-out scenes. “All I want is to be in a movie theater and hear people go, ‘Ahhhhhhh!’” she said.

She was also warming up to the very satisfying idea of not having a follow-up assignment at all.

“I’m going to lie in my bed for a while and just do nothing,” Morales said. “I can’t wait to be left alone. I can’t wait for no one to need me.”