Lando Norris admitted there are ‘no excuses anymore’ as he prepares for a potentially defining season with McLaren.

The 21-year-old Briton will start his third campaign in Bahrain on March 28, this time as team-mate to seven-time grand prix winner Daniel Ricciardo, who has replaced Carlos Sainz.

The Norris-Ricciardo line-up was unveiled at the launch of McLaren’s 2021 challenger, which also marked Mercedes’ return as engine partner. 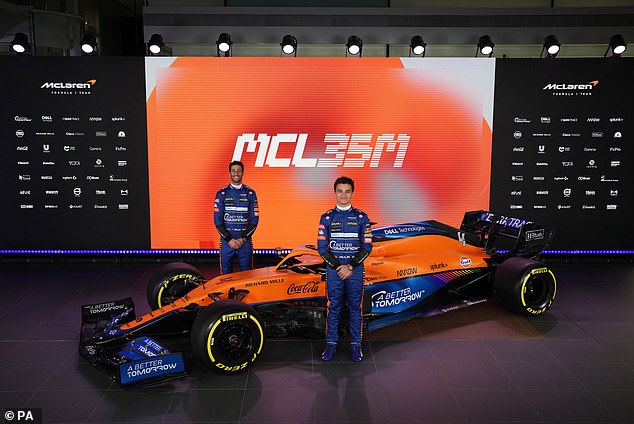 After securing his first podium last season, Somerset-born Norris said: ‘There were more points last year where I felt happy with the job I did compared to year one, but not enough.

‘There are no excuses for me anymore. I know what I am capable of doing but it is about achieving it every single weekend and understanding how to be in the zone to do it.

‘I have tried to be more strict, including with food and trying not to have a pizza as often. 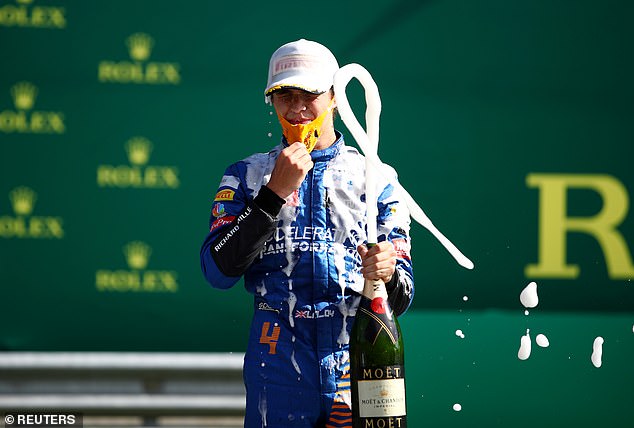 ‘But it is also the physical side of it — trying to do more in the gym because I struggle with that part of it.

‘I know I am in Formula One and in a very privileged position, but I can still struggle to go out on a run or into the gym and lift weights, do squats and neck training.

‘I am trying to think outside the box to push myself to the next level.’