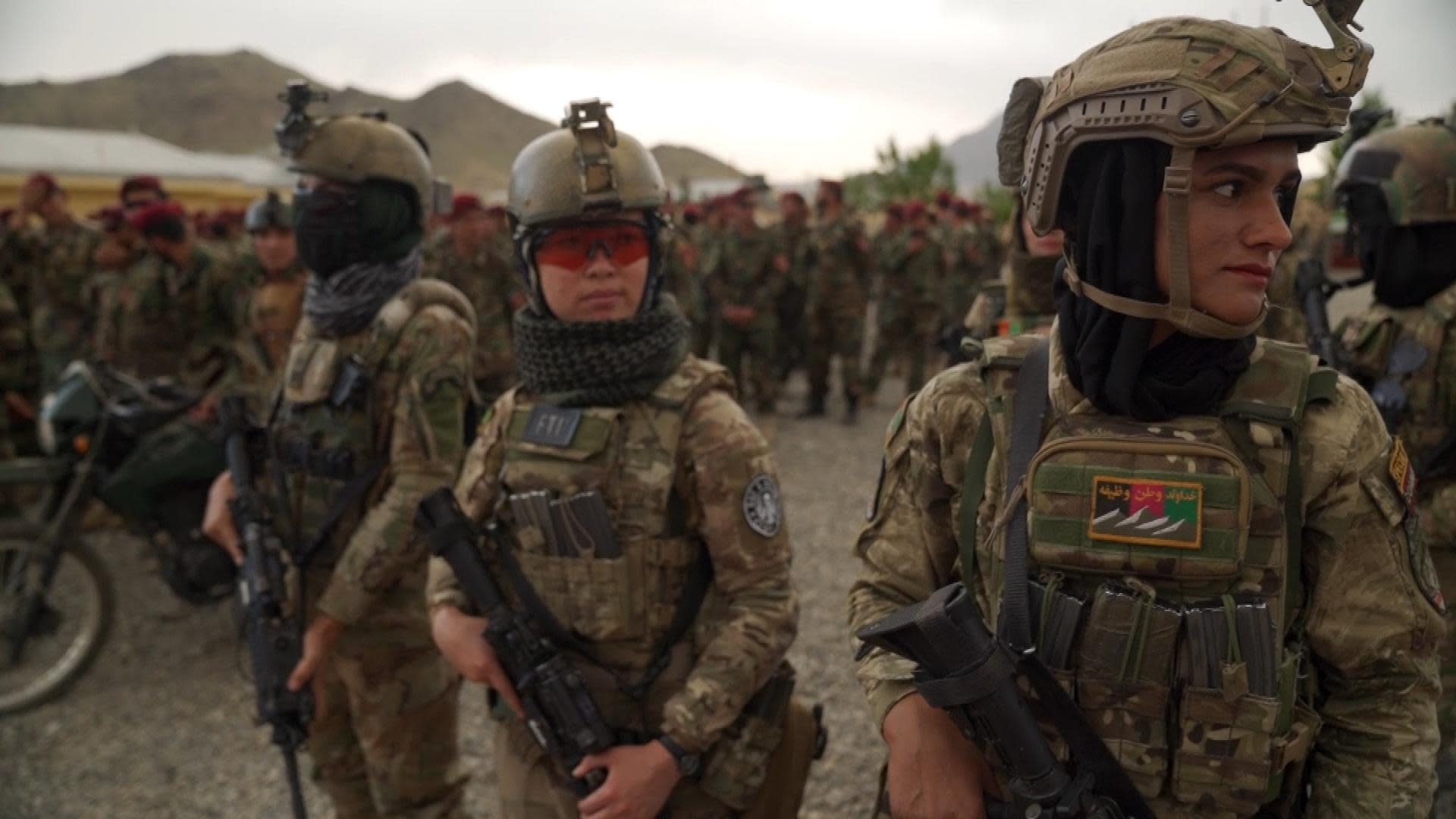 Kabul — In his first address before a joint session of Congress on Wednesday evening, President Biden underlined his plan to pull all U.S. troops out of Afghanistan after nearly 20 years — America’s longest war. The final pullout begins in May, and with the Taliban expected to ramp up violence, CBS News’ Charlie D’Agata met some of the U.S.-trained Afghan forces who will soon face the insurgents on their own, ready or not.

The Taliban has been gaining ground in Afghanistan for months. Traveling by road in the country has never been more dangerous, so D’Agata and his crew were flown by helicopter to a military base where Afghan soldiers have been training and putting on a show of force.

The elite Afghan troops have been staging military exercises, with weapons and training provided by their U.S. military allies.

The Taliban has already threatened to escalate attacks when the U.S. misses the previously-agreed May 1st deadline to withdraw its forces. The U.S. military is preparing for that, sending in hundreds more Army Rangers, B-52 bombers, and the USS Eisenhower aircraft carrier to safeguard the pullout.

But by the 20-year anniversary of the September 11, 2001 terrorist attacks, all U.S. troops will be out of Afghanistan. From that point on, it will be down to hundreds of thousands of Afghan servicemembers to defend their country against the Taliban.

Among those taking a central role in that fight will be U.S.-trained commandos, including women such as Marofa, an Afghan Special Forces soldier.

One of the biggest fears in Afghanistan is that the Taliban — who imposed their strict interpretation of Islam on the country for years before the U.S.-led invasion — could come storming back into power and take away the hard-won women’s rights gained over the last two decades.

“It is not possible that the Taliban come and control our government,” a defiant Marofa insisted to CBS News. “If they try, we will fight with them.”

One reason that both the Trump and now the Biden administrations have decided to pull U.S. troops out is the belief that Afghanistan will no longer be used as a launchpad for terrorist attacks by groups like al Qaeda.

But the Afghan commander in charge of the fight that the U.S. is about to step away from told D’Agata that al Qaeda and the Taliban are intrinsically linked. The two groups are like family, according to Gen. Mohammad Yasin Zia, Chief of General Staff of the Armed Forces and the acting Afghan Defense Minister.

Zia and his troops now face the prospect of a new Taliban offensive, and without the U.S. military support and airpower that have given them an edge for 20 years.

The general told D’Agata that what he’d miss most about his U.S. allies, was the friendship, “because we fought together for 20 years,” but he’s under no illusion that his fight is about to end when those friends pack up and leave.

“We must fight, there is no other option,” Zia told CBS News. “As long as the Taliban is fighting against us, and it looks like they will, then we don’t have any other option.”

The general told D’Agata that his forces have already begun pulling back from bases in the south and the east of the country, where the Taliban are at their strongest.

As for whether the Afghan military is ready to hold its own, the top U.S. general in the country told CBS News bluntly: “They’ll have to be.”