Novak Djokovic is capable of extending his record for holding the men’s world No 1 ranking for the most weeks to 400, claimed Russia‘s Daniil Medvedev.

The 33-year-old Djokovic, who won his 18th Grand Slam at the Australian Open last month, eclipsed Roger Federer’s record on March 8 when he moved past the Swiss to hold the top ranking for the 311th week.

And Medvedev, who will himself reach a career-high second place on Monday, claimed that while he and his counterparts will try to stop him, the Serbian is well capable of reaching 400 weeks at the summit. 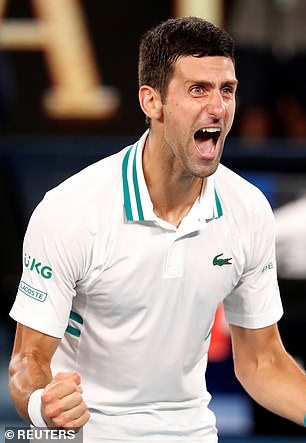 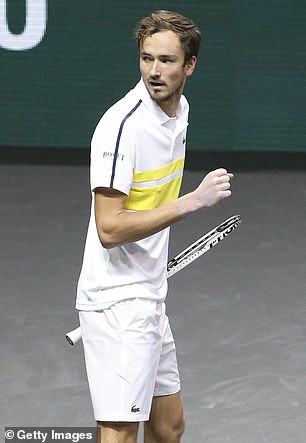 Novak Djokovic (left) can reach 400 weeks as world No 1, claims No 2 Daniil Medvedev

‘First of all, it’s an unbelievable achievement,’ Medvedev said after reaching the semi-finals of the ATP 250 event in Marseille on Friday.

‘I think in the world of tennis we talk about Grand Slams more than anything else. But this is also a small competition, I’m sure he’s really happy about it. The way he’s played, he’s definitely capable of catching 400 weeks.

‘We’re going to try to not let him do this. I didn’t manage to do anything in the Australian Open final, but that is what sport is about. Nobody is going to give him an easy pass, he’s going to have to earn it.’

Federer, who will turn 40 in August, returned to court this week after 13 months due to double knee surgeries and Medvedev found it ‘amazing’ that the 20-times major winner was still able to win his first match on return. 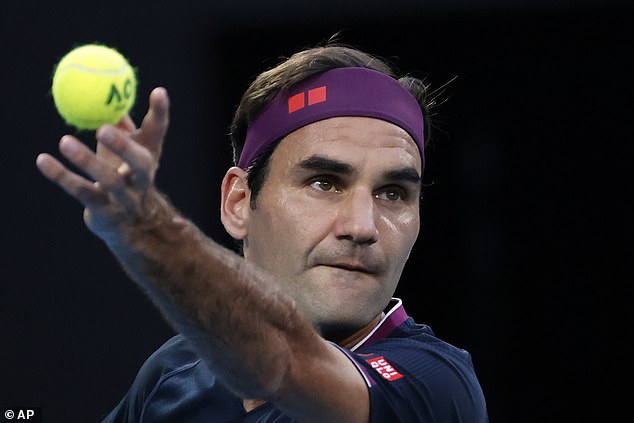 ‘I would definitely like to play Roger. He’s one of the three best in tennis history, it’s always great playing him,’ Medvedev said, adding ‘every time you step out on the court against the Big Three, it’s a special feeling’.

The ‘Big Three’ refers to Federer, Rafa Nadal and Djokovic.

The 25-year-old Medvedev will become the first player outside Djokovic, Federer, Nadal and Andy Murray to be ranked in the top two since Lleyton Hewitt in 2005 when the rankings are updated on Monday.

Only 11 of the last 68 Grand Slams have been won by players other than the ‘Big Three’ and ATP Finals champion Medvedev has had two shots at pulling off the rare feat. 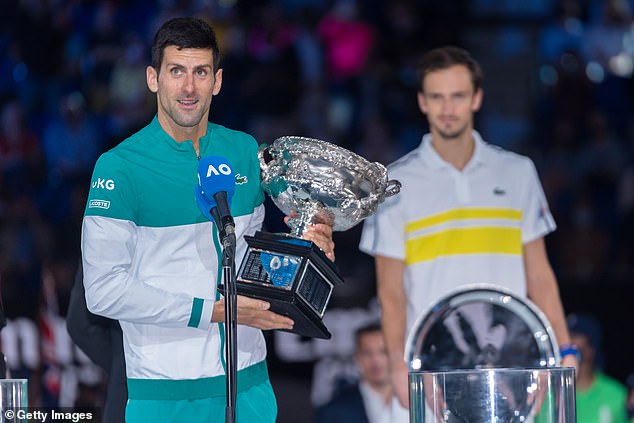 But he fell in the deciding match on both occasions, losing to Nadal in the 2019 U.S. Open and to Djokovic at Melbourne Park last month.

‘As I’ve always said about the Big Three, they are unbelievable. The records they have set (are) probably not going to be beaten maybe in 100 years,’ Medvedev said.

‘It’s very rare that you see this in sports. I don’t think you can say that other players were not good enough in this era, it’s just that they were unbelievable and there’s nothing for others to be ashamed of.’