Novak Djokovic pronounced himself miraculously cured of his stomach muscle ailment ahead of his ninth Australian Open final on Sunday.

He is yet to lose any of his eight championship matches in Melbourne and lies in wait for the winner of the semi-final between Daniil Medvedev and Stefanos Tsitsipas.

Having been the subject of mid-tournament drama, Djokovic declared himself pain-free and confident after easily seeing off rank outsider Aslan Karatsev, of Russia, 6-3, 6-4, 6-2. 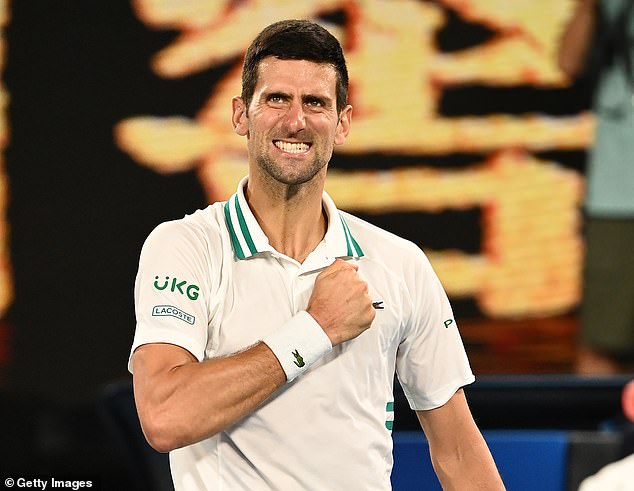 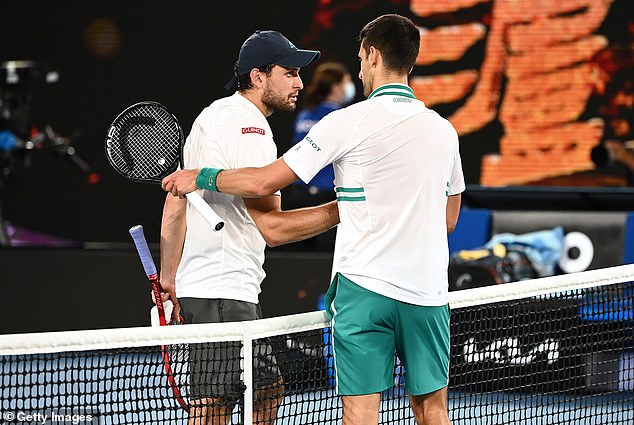 ‘I never lost in the finals or semi-finals, it just makes me feel more comfortable being on the court,’ the world No 1 said. ‘Each year is different, although it does have a mental effect on me, and maybe on my opponents.’

After a five-day ban, fans were allowed back into Melbourne Park on Thursday, and on Friday Jamie Murray and Joe Salisbury were due to have their Brit showdown in the men’s doubles semi-final.

Both are previous Australian Open champions in the two-man code, with Murray partnered by Bruno Soares and Salisbury by Rajeev Ram. 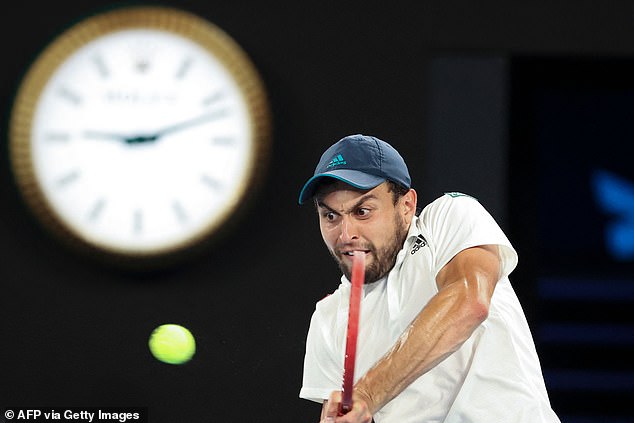 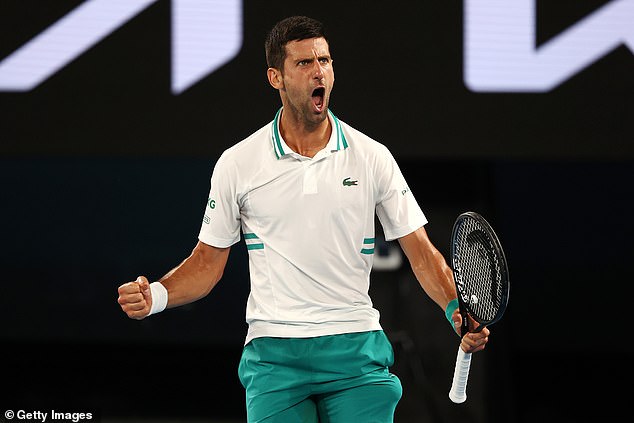 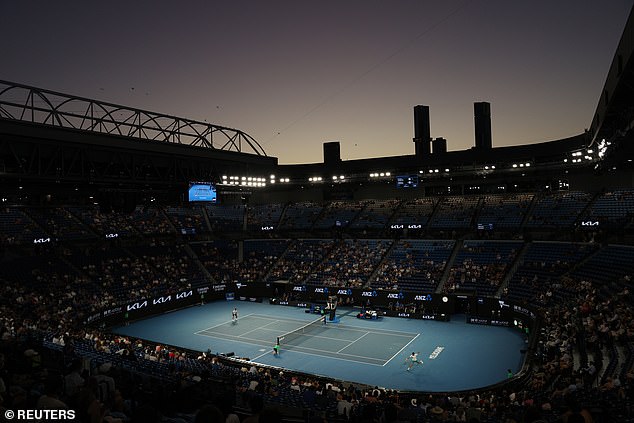 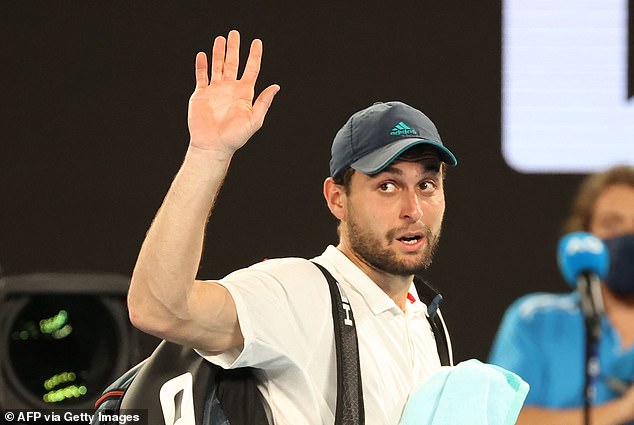