Pope was eventually stumped for 245, six runs short of his personal best, to leave Leicester needing to bat out the final day to salvage a draw. 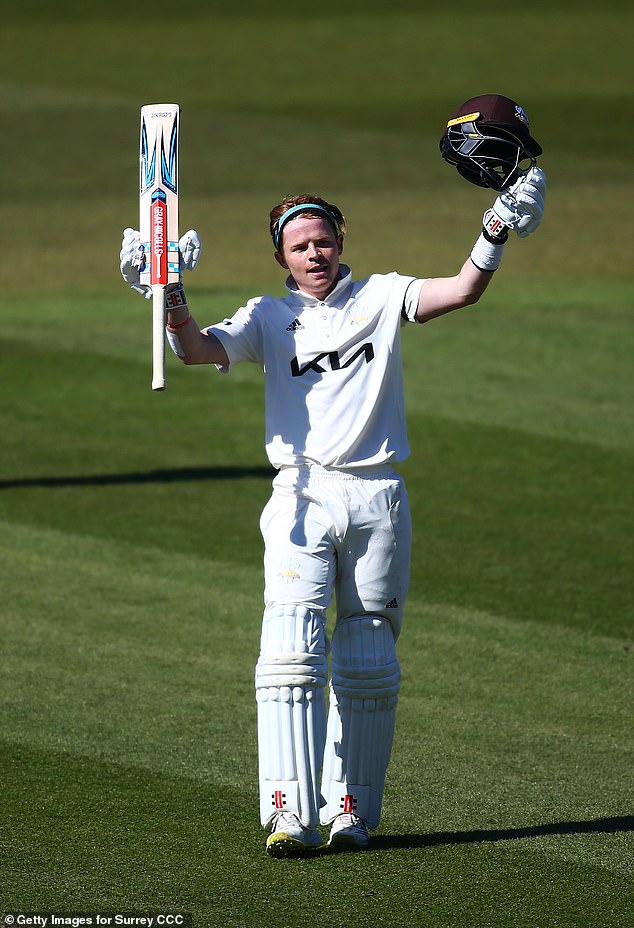 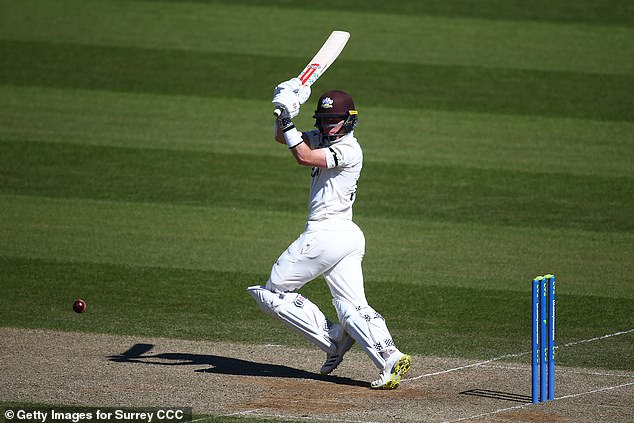 Pope was eventually stumped for 245, six runs short of his personal best at the Oval

Pope, who hit 30 boundaries in his 272-ball marathon innings, was eventually out stumped off the bowling of Colin Ackermann.

Joe Root scored his first hundred of the new season to put Yorkshire in a commanding position against Kent at Canterbury. The England captain struck just seven boundaries in a masterclass of run accumulation, hitting 101 off 139 balls.

The very next ball after reaching three figures he was bowled by Joe Denly.

It was Root’s first century since his magnificent double hundred against India in the first Test at Chennai in February, and his first championship ton for two years. 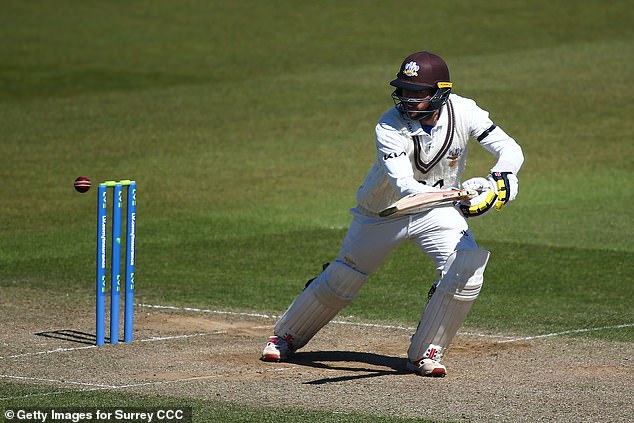 Kiran Carlson, Glamorgan’s youngest ever century maker, made more headlines yesterday by scoring a hundred in each innings — though it might be in a losing cause against Sussex.

Carlson was unbeaten on 129 in Glamorgan’s second innings, two days after he hit 127 not out in the Welsh county’s first knock.

However, Glamorgan go into the final day with a lead of just 62 runs and only five wickets in hand.