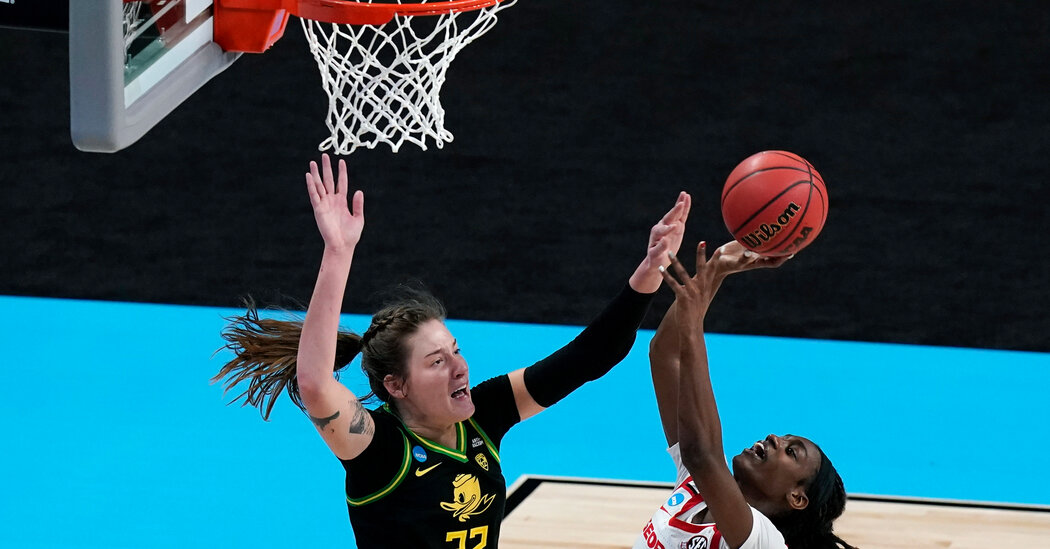 Oregon fought for its fourth Sweet 16 appearance in program history — in some cases, quite literally.

Oregon’s 57-50 win over Georgia, a No. 3 seed, was very physical, with players diving, ducking and knocking each other over in a joust for control. The Ducks’ height advantage helped them to pass the ball efficiently over Georgia, forcing the Bulldogs to play closer to the floor and, in some cases, causing them to hand the ball over.

Tied at halftime, the Ducks, a No. 6 seed, capitalized on these bad-pass and dropped-ball turnovers to take a 7-point lead in the third quarter. Taylor Mikesell took a fast break for a layup, followed shortly by Nyara Sabally hitting a jumper in the paint with just over three minutes left in the third.

Oregon shot 5 for 12 from beyond the arc while Georgia made only one of its 13 3-point attempts. Sedona Prince was the biggest scorer with 22 points for the Ducks. Georgia’s leading contributor, Jenna Staiti, had 18.

But Georgia fought back in the fourth, at one point taking a 1-point lead with four minutes left on a layup by guard Mikayla Coombs. From there, the teams traded baskets until Oregon solidified a six-point lead on a layup and a jumper by Sabally.

By the end, the Bulldogs looked downtrodden, and a set of free throws by Mikesell sealed the victory.

After the game, the Ducks huddled up on the court for a celebration, the cheers of invited friends and family echoing in the background.